Just hours after Kevin Hart said he refused to apologize for past homophobic tweets that surfaced in the wake of news that he would be hosting the 2019 Academy Awards — he said he'd already addressed them in the past, has evolved and didn't want internet trolls to win — the comedian stepped down as the Oscars host. He also said he was sorry. "I have made the choice to step down from hosting this year's Oscars…. this is because I do not want to be a distraction on a night that should be celebrated by so many amazing talented artists. I sincerely apologize to the LGBTQ community for my insensitive words from my past," Kevin wrote. "I'm sorry that I hurt people. I am evolving and want to continue to do so. My goal is to bring people together not tear us apart. Much love & appreciation to the Academy. I hope we can meet again." After his withdrawal, many celebs took to social media to offer the Academy an alternate host, or to simply offer their thoughts. Click through to see who's backing Kevin and who's blasting him…

RELATED: Celebs and their cute kids of 2018

"The only time I'm offended by a comedian is when they apologise." –Ricky Gervais

"I AM AVAILABLE." –Busy Phillips

"I think Siri and Alexa should host the Oscars." –Wanda Sykes

"I'm no saint. We just wanted a little understanding, a little explanation. Apologies are tough – they leave you vulnerable. Toxic masculinity is real. I deal with it in my own way too. So on that note, I appreciate @KevinHart4real apologizing. And apology accepted. That's all." –Billy Eichner

"Kevin Hart is a comedian, problem is he wasn't joking about gay people. He's long been problematic on LGBT comments and refuses to fully apologize & be an ally. If he has evolved so much an apology isn't that hard. Homophobia shouldn't be rewarded…" –Jonathan Van Ness

"Melissa McCarthy should so obviously be the Oscars host that I'm irritated having to even say it." –Michael Ian Black

"I forgive him cuz he added transcript/captions for his deaf fans. Jk" –Nyle DiMarco

"Who among us hasn't said hateful things and shrugged them off?" –Andy Richter 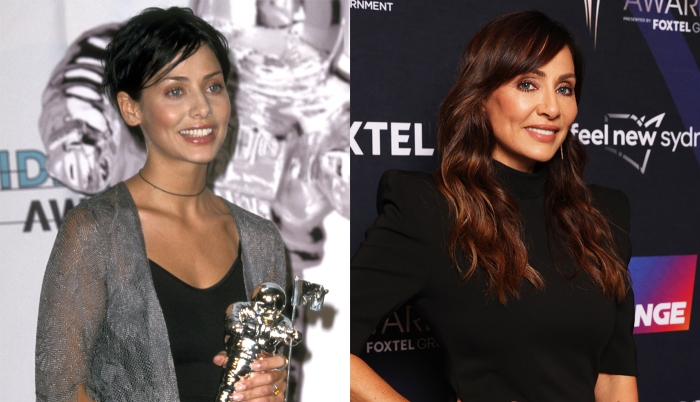