It's award season and Wonderwall.com is checking up on some of the 2018 Grammy nominees ahead of music's biggest night on Jan. 28, 2018, to find out what they've been up to before the show. Let's start with Hollywood power couple JAY-Z and Beyonce, who were spotted outside a restaurant during a night out in Hollywood on Jan. 23, 2018. Keep reading to check out more Grammy nominees out and about…

RELATED: Most memorable red carpet looks of Grammys past

Dave Grohl of The Foo Fighters was seen arriving at Perth Airport in Perth, Australia, on Jan. 18, 2018.

The Weeknd dined at Sushi Leblon during a holiday in Rio de Janeiro, Brazil, on Jan. 4, 2018.

Calvin Harris and girlfriend Aarika Wolf stopped for a healthy snack at SunLife Organics in Malibu on Jan. 6, 2018.

Cardi B was spotted heading into The Nice Guy in West Hollywood on Jan. 17, 2018.

Kevin Hart was all smiles after enjoying dinner at Mastro's Steakhouse in Beverly Hills on Jan. 3, 2018.

Lorde covered her face while exiting her hotel in New York City on Jan. 24, 2018.

Bruce Springsteen and Jon Bon Jovi were spotted after dining at LURE Fishbar in New York City on Jan. 10, 2018.

Chris Martin spent some time walking on the beach in Malibu on Jan. 16, 2018.

Mick Jagger was spotted at the Umaid Bhawan Palace in Jodhpur, India, on Jan. 13, 2018.

Kesha was photographed at Los Angeles International Airport on Jan. 22, 2018.

Zac Brown Band was spotted at the CFP National Championship game between the Georgia Bulldogs and the Alabama Crimson Tide at Mercedes-Benz Stadium in Atlanta on Jan. 8, 2018.

Luis Fonsi stepped out with his wife and children in Zakopane, Poland, after performing a concert on Jan. 1, 2018.

Kelly Clarkson was pictured with Chris Blue and Audrey Morrissey at a "Jay Leno's Garage" cocktail reception on Jan. 9, 2018.

Quavo of Migos walked off the field at the end of the second quarter of the game between the Georgia Bulldogs and the Alabama Crimson Tide during the CFP National Championship presented by AT&T at Mercedes-Benz Stadium in Atlanta on Jan. 8, 2018.

Kehlani stood out in an all-green outfit as she headed to a friend's birthday party in Los Angeles on Jan. 23, 2018.

Mark Ruffalo was pictured with his wife, Sunrise Coigney, at the Menswear Valentino Fashion Show in Paris on Jan. 18, 2018.

Seth MacFarlane spoke at the FOX Celebrates the 300th Episode of "Family Guy" event at Cicada in Los Angeles on Jan. 10, 2018.

Charles Kelley of Lady Antebellum and singer-songwriter Jennifer Lynn Simpson attended the ASCAP Showcase at The Lakehouse during the Ninth Annual 30A Songwriters Festival in South Walton Beach, Florida, on Jan. 12, 2018.

Sarah Silverman was in a happy mood as she left Craig's restaurant after having dinner in West Hollywood on Jan. 13, 2018.

Tyler the Creator went shopping in his new McLaren sports car in Beverly Hills on Jan. 17, 2018.

Zedd (center) was pictured backstage with Gary Richards and Snails during Life In Color at Mana Wynwood in Miami on Jan. 14, 2018. 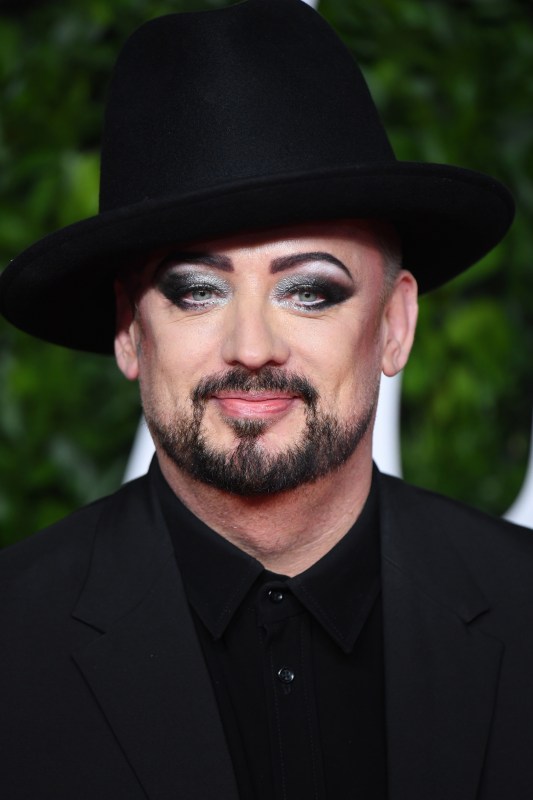