Celebs are just like us! Sometimes they also become enamored of other celebrities. Let's take a look at who in Hollywood is super-into other famous people, starting with Jennifer Lawrence. From Jack Nicholson to Larry David to Damian Lewis, Jennifer Lawrence isn't shy about her love for older men. One gentleman might hold sway more than the others, however. As J.Law told KISS FM UK, "Bill Murray is just so cool. He's a hero and I met him and he was just everything I wanted him to be." She later told "Entertainment Tonight" about a slightly strange (and entirely one-way) correspondence she'd had with him. "I kind of spoke to him through Woody Harrelson. I would send emails to Woody [who's worked with both of us], mostly when I was drunk, of things I always wanted to say to Bill Murray." Keep reading for more…

Sure, money and fame are nice, but good home decor? Now that's something to get excited about. "Fixer Upper" superfan Jennifer Lopez almost lost it when, as a gift to celebrate their second dating anniversary, boyfriend Alex Rodriguez surprised her with a meeting with Joanna Gaines. "He opened up FaceTime and it's Joanna Gaines. And I was like, 'Are you kidding? Hi!' I totally fangirled out. And she was like, 'Hi,' just like she is on the show," Jennifer told Ellen DeGeneres during a February 2019 visit to the comedian's talk show. Within days, photos of J.Lo and Joanna together in Malibu emerged, leading many to speculate that the HGTV star is helping the singer redesign her new Malibu pad. Talk about a dream!

Emilia Clarke got to snap a pic with Matt LeBlanc before they appeared together on a talk show together a few years ago, and her Instagram caption pretty much says it all. "How YOU doin??! Downright GIDDY now!! Bucket list accomplishment already underway with this gem (both in Joey and Matt form) 😍 @mebeforeyouofficial tour you made a 90's girl oh so happy. #butmattseriouslyillbethereforyouuuh #dontupposeanyoneknowswherejaniwent? #noshameinthefriendsgameinstaworld."

Acting royalty and an action superstar… why not? As Dame Helen Mirren once explained on "Late Night with Seth Meyers," her infatuation with Vin Diesel started when she saw him giving a speech. "He was just so smart and so funny and so cool, and I just sort of fell a little bit in love with him right there and then. Vin, I love you. I love you, Vin. You don't know who I am, but I still love you." Uh, we're going to guess that last part isn't true. (Helen went on to appear with Vin in 2017's "The Fate of the Furious.")

When Adam Scott was in second grade, he wrote Mark Hamill (aka Luke Skywalker) a letter inviting him to his birthday party. Little Adam, a huge lover of "Star Wars," truly believed that if Mark wasn't too busy, he'd show up. Shockingly, Mark didn't make it. Decades later, Mark showed up on the set of "Jimmy Kimmel Live" when the "Parks and Recreation" star was a guest — wielding a lightsaber, no less — and gave Adam the surprise of a lifetime. Adam's shaking, swearing and sweet words made sense: "This," he said, "really is one of the best moments of my life."

As most of us who grew up in the '90s can probably understand, Emma Stone is a Spice Girls superfan. After talking about her love for the pop group during an appearance on "2DayFMSydney," Emma received a personal video message from Mel B, aka Scary Spice. Her reaction was priceless: "I'm gonna cry. Oh my god. Is Mel B talking to me? Oh my god, I'm so excited I'm legitimately crying," Emma said through tears. "I'm the biggest Spice Girls fan ever."

Ashton Kutcher set his sights on Jennifer Aniston years ago, and he still hasn't given up hope. When he was 17, he made a pic of the "Friends" star his computer screensaver, and then bet a friend $1,000 that one day he'd go on a date with her. As he said on "The Graham Norton Show" back when Ashton was still with Demi Moore, "Five years later, I actually met her and I asked [her first husband] Brad Pitt's permission to ask his wife out on a date. He was so cool and he said, 'You go for it,' so I asked her and she turned me down. Now we're friends so it still might happen, but now I have to ask Demi's permission."

Talk about unrequited love. As Josh Hutcherson told MTV back in 2013, "I love Emma Watson. I'm dying to meet her. I tried to get my manager to call, like, 'Er, could you like, call Emma's manager and see if we could like, meet or something?'" The "Hunger Games" franchise star remained hopeful, at least at the time: "It hasn't happened yet. One day, fingers crossed!"

For Emma Watson, it's always been about one man. "My cinematic crush has been pretty much the same since I was 12: Kevin Costner," she told W Magazine. "I met him in an elevator the other day, and I couldn't even speak. He said hello, because he is lovely like that, and I couldn't say anything back."

One perk of being a superstar: When you want to meet another celeb, there's probably a way to make it happen. When being honored at a 2017 award show, Victoria Beckham actually requested that "Doctor Foster" star Suranne Jones present the prize to her. "We're not friends, but I so want to be friends with Dr. Foster… I'm a big, big fan," Victoria told Harper's Bazaar UK. "I don't watch an enormous amount of television, but like a lot of people, I was completely obsessed with Dr. Foster. I just think she's fantastic."

We're not sure whether "Dumb and Dumber" or "Ace Ventura" did the trick, but Ariana Grande has been obsessed with Jim Carrey for a long, long time. As she said on "Live with Kelly and Michael," "My childhood crush… my lifelong crush, it all kind of goes together — it's Jim Carrey. I love him so much." Her description of finally meeting the funnyman makes that pretty clear. "I met him, and like, cried. I was kind of nervous to meet him, because… he's been my crush forever. What if he's not as nice as I'm expecting? He was so over-the-top nice, and perfect, and just as I hoped he'd be."

When Millie Bobby Brown appeared on "The Tonight Show Starring Jimmy Fallon" in November 2017, she couldn't wait to tell the late-night host about her love for Kourtney Kardashian, Kim Kardashian West and the rest of the reality TV fam. "I'm obsessed with them… I think that they are just like, really great… they're so entertaining," the "Stranger Things" star gushed. She then gave Jimmy a quick lesson on Kardashian-speak, including "bible" (Kardashian for "I swear") and an expertly trilled "okurrr" (Kardashian for "OK"). We can only imagine her excitement when both Khloe Kardashian and Kris Jenner tweeted back their mutual love.

RELATED: The net worth of every member of the Kardashian-Jenner family

When a writer falls in love with you, watch out. That's the lesson Jimmy Fallon learned when Lena Dunham appeared on his show in 2012. As she told the late-night host, "I was like, really obsessed with you in high school. Like in a way that was a little crazy. I don't want to freak you out, but I feel like there's a lot of stuff I've been meaning to say to you for a long time." The "Girls" actress-writer's confession was pretty epic: "I wrote a play in which you and I switched bodies and then fell in love. It was a 'Freaky Friday' thing. I was like, oh my God, when I wake up and touch myself, I'm touching Jimmy Fallon!"

For young Emma Roberts (and most other teenage girls in the '90s), heartthrob JTT was it. "I'm literally getting flushed thinking about it. Remember when you are younger and you have crushed where you are sobbing just looking at a poster of them? That's how intense it is," she said on "Live with Kelly and Michael." "I used to collage my whole room for hours with pictures of Jonathan Taylor Thomas and a couple of other people. It was a little creepy, almost. I think it was a little stalkerish."

"Anchorman" as a tearjerker? According to the best actress of her generation… definitely. "The movie that makes me cry is 'Anchorman,'" Meryl Streep told W Magazine. "I have the biggest crush on Will Ferrell. I love him in every film he does. I mean, Ryan Gosling could be my child. I'm not going to have a crush on a child. Will Ferrell is a man."

The premise of "Baywatch" was pretty all-American, but it still had appeal all the way across the Atlantic. "Hunger Games" star Sam Claflin, who hails from Britain, confessed his childhood crush on bikini babe Pamela Anderson to Empire magazine. "I was completely obsessed. She was the love of my life. I even had a picture of her on my bedside table that I'd kiss before I went to bed in the hope that one day we would be wed." 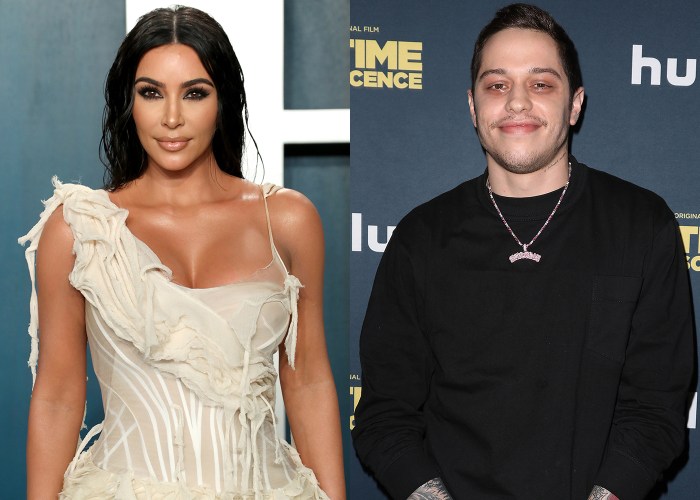