Cuba Gooding Jr. turned himself into police in New York on June 13 and was formally charged with one count of misdemeanor forcible touching and one count of sexual abuse in the third degree. Police said the Oscar winner is being investigated for allegedly groping a woman's breast in a New York bar on June 9. The alleged victim, reports indicate, told police that Cuba was "extremely intoxicated" when he touched her at the Magic Hour Rooftop Bar and Lounge. According to the New York Post, the woman and Cuba got into an argument and security had to intervene. Cuba denied the charge and said he has confidence in the court system. A few hours after turning himself in, Cuba was seen in handcuffs being escorted by police though once he had his mugshot and fingerprints taken, he was released from police custody. The following day, video of the incident emerged.

Jessica Biel confused everyone this week, and it all had to do with vaccinations. On June 12, the actress joined anti-vaccinations activist Robert F. Kennedy Jr. in California to speak against a California bill that would crack down on doctors giving, as the bill says, "fake medical exemptions." However, on June 13, the actress said she's not an anti-vaxxer. Huh? "I am not against vaccinations — I support children getting vaccinations and I also support families having the right to make educated medical decisions for their children alongside their physicians," she said on Instagram, trying to clarify her position. "My concern with #SB276 is solely regarding medical exemptions. My dearest friends have a child with a medical condition that warrants an exemption from vaccinations, and should this bill pass, it would greatly affect their family's ability to care for their child in this state. That's why I spoke to legislators and argued against this bill. Not because I don't believe in vaccinations, but because I believe in giving doctors and the families they treat the ability to decide what's best for their patients and the ability to provide that treatment." She dubbed the discussion "important."

The time is near, Swifties! During a June 13 Instagram Live video, Taylor Swift dished A LOT of details about her new album, including the name ("Lover"), release date (Aug. 23) and the album cover. "It's very romantic and not just simply fanatically, like it's all love songs or something. I think that romance can be found in loneliness or sadness or going through conflicts in your life," she said of the 18-track album, which "just looks at things in a romantic gaze." Taylor said there will be four deluxe special editions of the album, all of which will be unique and feature two audio tracks that provide a peek into her songwriting process (she did similar things for previous albums). The pop star also showed off the album covers, which shows her among pastel clouds. The word "Lover" can be seen above her head. At midnight on June 14, she dropped new single "You Need to Calm Down." A video will be released on June 17. She also teased a collaboration with Stella McCartney. Like we said, she dished a lot! Fun fact: Instagram went down shortly after Taylor's announcement — how's that for timing!

On June 9, Justin Bieber tweeted that he wanted to fight Tom Cruise. The unprompted challenge was, to say the least, bizarre. "I wanna challenge Tom Cruise to fight in the octagon. Tom if you dont take this fight your scared and you will never live it down," Justin wrote. "Who is willing to put on the fight? @danawhite?" On June 12, Justin explained that he was just joking around, saying the tweet came after he saw an interview with the "Mission: Impossible" star. "I don't know him. It was just a random tweet. I do the stuff sometimes," Justin told paparazzi. "I think he would probably whoop my a– in a fight… I'd have to get in some good shape. I'm really skinny. I think he'd be out of my weight class. He's a dad. He's got that dad strength."

Jon Stewart went viral this week after making an impassioned speech to the House Judiciary Committee on June 11 while shaming lawmakers for continually delaying passage of a bill to continue funding health care for the first responders who risked their lives following the Sept. 11, 2001, terror attacks. "I can't help but think what an incredible metaphor this room is … a filled room of 9/11 first responders and in front of me, a nearly empty Congress. Sick and dying, they brought themselves down here to speak to no one … shameful," he said. People from both political parties seemed moved by his authentic words. Afterward, the House Judiciary Committee unanimously passed the bill, so now it will go to the full House of Representatives, where it's expected to pass. It will then be in the Senate's hands, where it's not known if Majority Leader Mitch McConnell will take up the bill. Once the hearing was over, Jon got emotional when firefighters gave him a coat worn by a 9/11 hero.

Maren Morris doesn't have time for haters. The country superstar clapped back at those who criticized her for posing for Playboy. On June 11, Maren posted a few pictures from a recent Playboy shoot to Instagram, one that shows her topless but covering her breasts while wearing a cowboy hat, red pants, and heeled cow-skin boots. The photos will be in the magazine's Gender & Sexuality issue. Not everyone loved the pics and let Maren know it in not-so-subtle terms. "The thing about me is, I make music for myself. I learned later that it touches others, which is the most wonderful byproduct of a songwriter's calling. Some can slut-shame me for my lyrics about sex, and you can put me in your little box, but I just want to live and love," she wrote on her Instagram Story. "I recently accepted myself and will put these photos in a frame because I'll never have this moment back."

Matt Lauer and Annette Roque are close to putting the final stake in their marriage. According to Page Six, the duo has reached a financial and child custody settlement in their split. The last step is getting a New York judge assigned to their case. As part of the deal, Annette will get up to $20 million in assets and will also keep their horse training facility, Bright Side Farm, Page Six reported. The pair will share custody of their three children: Jack, 17, Romy, 15, and Thijs, 12. Matt has essentially gone into hiding ever since he was unceremoniously fired from the "Today" show in November 2017 for "inappropriate sexual behavior" in the workplace.

Well, that's one way to make a statement! Ariana Grande donated the proceeds from her June 8 concert in Atlanta, Georgia, totaling about $250,000, to Planned Parenthood, the group announced on June 12. It's not really a secret as to why she made the donation. In recent months, nine states including Georgia have passed legislation severely restricting abortion. "Ariana Grande's generous donation comes at a critical time — in Georgia and across the country, anti-women's health politicians are trying to ban all safe, legal abortion," Planned Parenthood said in a statement. "This is not what the American people want, nor is it something they'll stand for. Thanks to inspiring support like hers, Planned Parenthood can continue to fight back — in the courts, in Congress, in state houses, and in the streets — against these dangerous attacks on people's health and lives."

"Shark Tank" star Barbara Corcoran's brother was found dead in his hotel room in the Dominican Republic earlier this year. The reality TV star heartbreakingly revealed the news on June 12, saying she was told that John died of a heart attack in April. However, the circumstance are murky. Barbara told TMZ that her brother's friend, who was staying in the same suite, discovered the body, but nobody knows exactly what happened. There's been no funeral, but a service is being planned. The FBI and CDC have launched investigations into several mysterious deaths of American tourists at hotels in the Dominican Republic: In the past year alone, seven U.S. tourists have inexplicably passed away. According to Barbara, she doesn't believe John's death is linked to the others: "My brother had an existing heart condition and we believe he died of natural causes, but you're still never ready for the death of a loved one," she said in an Instagram post.

Khloe Kardashian is insisting that she didn't knowingly become Tristan Thompson's other woman while he was still romantically involved with his pregnant ex. On June 12, the reality TV star attempted to explain what happened during the early stages of her relationship with her now-ex. "My truth is: I met Tristan because HE CHOSE to go on a blind date with me. A mutual friend set us up. After going on some dates, Tristan told me that he had an ex that was pregnant. Obviously, I was reluctant about us continuing to date or start a relationship," she wrote on her Instagram Story. Tristan, she said, went to great lengths to prove he was single, even letting her listen in on calls with his lawyers. Khloe's comments came after court papers concerning Jordan Craig's child support claims involving Tristan were made public. In the documents, Jordan said she experienced "complications" during her pregnancy due to the stress of Tristan's widely reported romance with Khloe, which overlapped her relationship with him. "I'm sorry for any pain that has been created either way," Khloe added. "No woman deserves to go through anything like this! This is MY TRUTH." 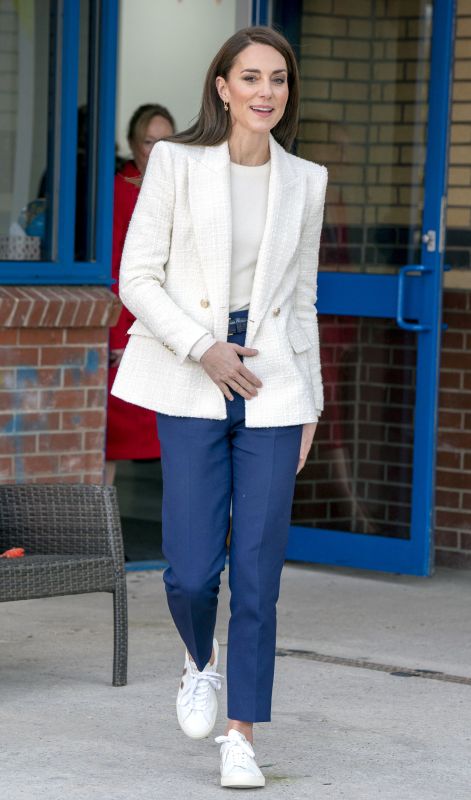