After a rough pregnancy, Jessica Simpson is a mom again. The fashion icon welcomed daughter Birdie Mae Johnson on March 19, she announced on Instagram. Birdie weighed 10 pounds, 13 ounces. Jessica and her husband, Eric Johnson, also share daughter Maxwell, 6, and son Ace, 5. The pregnancy was far from easy, as Jessica battled everything from bronchitis and swollen feet to acid reflux and broken toilet seats.

Wendy Williams has been staying in a sober house. On March 19, the talk-show host said on her eponymous show, "For some time now, and even today and beyond, I have been living in a sober house. … You know I've had a struggle with cocaine in the past. I never went to a place to get treatment … there are people in your family, it might be you, who have have been struggling. I want you to know more of the story." She added that only her husband, Kevin Hunter, knew where she was. "Only Kevin knows about this. Not my parents, nobody. Nobody knew because I look so glamorous out here," she joked. "I am driven by my 24-hour sober coach back to a home that I live in [in] the tri-state [area] with a bunch of smelly boys who have become my family." Many celebrities came out in support of Wendy after her admission.

Reality TV star "Mama June" Shannon was charged with a felony for possession of a controlled substance and a misdemeanor for possession of drug paraphernalia on March 18. The charges stem from a March 13 arrest in Alabama. June and her boyfriend, Geno Doak, were arrested after a "domestic incident" at a gas station. After police arrived, June was allegedly found to be in possession of crack cocaine, a pipe and $1,340 in cash in her bra. June's family reportedly believes Geno is a bad influence on her.

Felicity Huffman and William H. Macy's marriage is feeling the strain of the college admissions cheating scandal that they are involved in. Although the actor was not indicted, his wife was charged with multiple crimes after prosecutors revealed she had allegedly paid for a shady official to help their daughter cheat on the SAT in order to get her into an elite college. "This situation has been very trying on Felicity and William's marriage," a source told "Entertainment Tonight." "They love each other but they've been arguing a lot." The couple has been married since 1997. "Felicity and William have an incredibly strong marriage but this situation has put a tremendous amount of pressure on them," the source added. "Their close friends were stunned by the news because they've always a seemed like honest, good people, people who would never lie and cheat to get what they wanted. They almost seemed to pride themselves on their honesty."

Baby on board! Christina Anstead, previously known as Christina El Moussa, is pregnant! The "Flip of Flop" star announced on Instagram on March 22 that she and her husband, Ant Anstead, will welcome a child in the fall. "@ant_anstead and I are so excited to announce #babyanstead coming this September!!," she captioned a photo of her holding a sonogram. "The kids are all so excited to meet their new sibling #5 #Gonnaneedabiggercar!" Christina, of course, has two children with her ex, Tarek El Moussa. Ant, the host of "Wheelers Dealers," has two children, as well. On his Instagram on March 22, he shared an image of the four children along with the sonogram. "And then…… there were FIVE!!! (Well …. four and a half! Will be Five in September)!!"

Cause of death released

"The Young and the Restless" star Kristoff St. John's cause of death has been released: He died from heart disease and alcohol abuse, a coroner's report issued on March 19 confirmed. The 52-year-old actor was found dead in his Los Angeles-area home last month. It was ruled an accident. TMZ, citing an autopsy report, said the actor was discharged from a mental health facility two days before he died and that he was admitted after threatening to hurt himself.

Justin Bieber and Hailey Baldwin have postponed their formal wedding ceremony for the fourth time. The duo, who legally married last year, have reportedly put their wedding plans on indefinite hold as the pop star works on his mental health. "They will still have a wedding eventually, but this is not their focus right now," a source told People magazine. "They haven't sent out any new save-the-dates. They will wait until Justin feels better and is excited about planning their wedding again." While some reports have claimed the couple is on the outs, Hailey dubbed that "fake news." Earlier this month, Justin revealed on Instagram that he has been "struggling a lot." He wrote, "Just wanted to keep you guys updated a little bit hopefully what I'm going through will resonate with you guys. Been struggling a lot. Just feeling super disconnected and weird. I always bounce back so I'm not worried just wanted to reach out and ask for your guys to pray for me. God is faithful and ur prayers really work thanks … the most human season I've ever been in facing my stuff head on." Despite speculation about a possible rift in their marriage, reports indicated on March 21 that the couple just purchased a home together.

Kylie Jenner has basically lost a BFF. According to TMZ, the reality TV star has all but given up on patching things up with Jordyn Woods, who was her single most trusted friend until February, when Jordyn kissed Tristan Thompson — who was at the time in a serious relationship with Kylie's sister, Khloe Kardashian, with whom he has a daughter. TMZ said the women "still aren't talking much, and at this point … Kylie's given up on making up and is moving on." According to TMZ, Kylie and Jordyn "haven't made any real progress in mending their fractured relationship."

Meghan McCain came out swinging against Donald Trump after the president took shots at her late father, Senator John McCain, and her family. "I don't expect decency and compassion from the Trump family," she said on "The View" on March 21. "I do want to thank the American public for all the decency and compassion they have given us." The president "will never be a great man" like her father, she said earlier in the week. On March 20, she thanked the "sisterhood" of the "The View" for having her back. "There's real sisterhood and support at this table and we all support each other, and first and foremost the support I have and love I have from this show in particular — thank you, all of you, for real," Meghan said. "If I had told my dad, 'Seven months after you're dead, you're going to be dominating the news and all over Twitter,' he would think it was so hilarious that our president was so jealous of him that he was dominating the news cycle in death as well."

The fallout from her role in the recent headline-making college admissions scandal is weighing heavily on actress Lori Loughlin, who's lost work and ruined her reputation because of her involvement. "This is Lori's worst nightmare — not only for her, but for her children and extended family," a source told Us Weekly. Lori and her husband, designer Mossimo Giannulli, are alleged to have paid a bribe to get their daughters into the University of Southern California by pretending they were on the crew team. Meanwhile, Lori's daughters — Olivia Jade and Bella — are apparently upset with their parents. A source told "Entertainment Tonight" that Olivia, for one, is "really angry with her parents because she told them she did not want to go to college and she was pushed… Now she's devastated because everything she built [in her career as an Instagram influencer] imploded before her eyes. She feels they ruined everything." Bella, the source said, "was far more invested in college and would loved to have completed USC." Both woman left the school when the scandal broke. 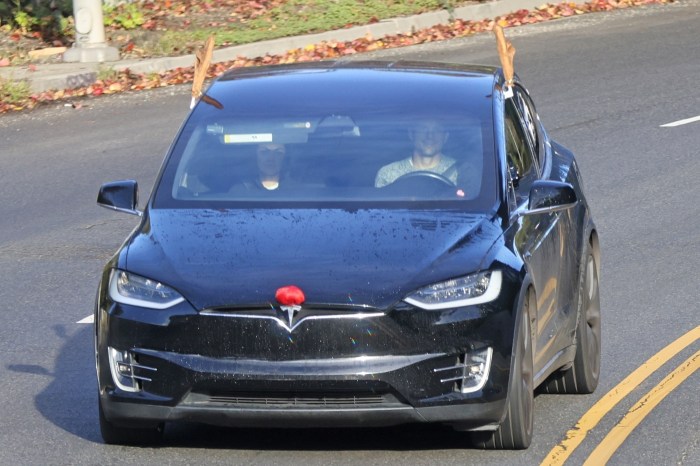