To mark Mother's Day 2019 on May 12, Wonderwall.com is taking a look at all the celebrity parents who will be enjoying their first mama's day celebration this year… starting with Duchess Meghan. She and husband Prince Harry announced her pregnancy on Oct. 15, 2018. After intense anticipation and speculation about when their first child would arrive as Meghan went past her due date, the American former actress finally gave birth to a son on May 6 — Archie Harrison Mountbatten-Windsor — just in time to celebrate her first Mother's Day. Keep reading for more…

Grammy-winning rapper Cardi B welcomed daughter Kulture — her first child with Migos rapper Offset — on July 10, 2018, making this Mother's Day Cardi's first as a new mom. Their daughter has made frequent and totally adorable appearances on both stars' social media accounts and was even casually mentioned in Cardi's hit song "Money" when the star rapped, "I need cheese for my egg."

Comedienne Amy Schumer and her husband, chef Chris Fischer, welcomed their first child, a son, on May 5. While expecting, Amy jested that she was "to the day the same amount pregnant" as Duchess Meghan. It seems she wasn't joking: They delivered their baby boys just a few hours apart!

We still get tears in our eyes when we think about actress Gabrielle Union's beautiful birth story. After years of fertility struggles and miscarriages, Gabrielle and her husband, basketball star Dwyane Wade, welcomed their first child together in November 2018 via surrogate. The couple, who already parent Dwyane's three children from previous relationships, gleefully shared the news of daughter Kaava James's birth in December.

Even in shades it's hard to miss model-actress Diane Kruger with her partner, "Walking Dead" actor Norman Reedus, taking a stroll through New York City with their new baby girl. The couple welcomed their first child together (she's Norman's second) back in November 2018.

Jessica Chastain's husband Gian Luca Passi de Preposulo will be by her side on her first Mother's Day in 2019. The couple quietly welcomed their first child, daughter Giulietta Passi Chastain, via surrogate over the summer of 2018, Page Six reported in November.

In October 2018, "The Handmaid's Tale" star Yvonne Strahovski gave birth to her first child, a son, with husband Tim Loden. Along with getting to celebrate her first Mother's Day in 2019, Yvonne will probably endure a few good-natured jokes about her "Handmaid's Tale" character, Serena, no longer needing to steal other people's babies. We kid, we kid!

Although "Angie Tribeca" and "Parks and Recreation" star Rashida Jones and her partner, musician Ezra Koenig, kept the news way on the down-low, they reportedly celebrated the birth of their first child, a son named Isaiah Jones Koenig, back in August 2018. That means May 12, 2019, will be Rashida's first Mother's Day.

Former "Today" show journalist Tamron Hall, who will next be hosting her own talk show, was 48 when she welcomed son Moses with husband Steve Greener in April, which means she'll also get to enjoy her first Mother's Day this May.

"The Real Housewives of Atlanta" and "Dish Nation" star Porsha Williams' dream of celebrating Mother's Day as a parent is coming true! The reality TV alum gave birth to her first child with fiancé Dennis McKinley on March 22, 2019. Their baby girl, Pilar Jhena (PJ for short) arrived with a head full of gorgeous hair and is already making stylish appearances on her mom's Instagram account.

Porsha Williams isn't the only "The Real Housewives of Atlanta" star who's celebrating her first Mother's Day in 2019! Former Miss USA-turned-reality TV star Kenya Moore gave birth to a beautiful baby girl in November 2018 with husband Marc Daly. Little Brooklyn Doris is already a social media star: She has her own Instagram page with more than 85,000 followers.

"Glee" and "Crazy Rich Asians" actor Harry Shum Jr. and his wife, dancer-actress Shelby Rabara, welcomed a baby girl to their family in March — just in time for them to enjoy Shelby's first Mother's Day celebration. The couple named their little one Xia.

Mercedes Javid and husband Tommy Feight from Bravo's "Shahs of Sunset" are new parents following the April 2019 birth of their son, Shams Francis, who was conceived via in vitro fertilization. As they geared up for MJ's first Mother's Day, Tommy joked on Instagram that his wife is "a mutant" because she's already walking around and "looking fine" after birth complications landed her in the ICU.

Super-private Hollywood power couple Greta Gerwig and Noah Baumbach welcomed their first child together in early 2019 (we think). Although news of their new baby's arrival broke in March 2019, it's actually unclear when the "Lady Bird" director gave birth and whether their little one is a boy or girl. Regardless, the duo gets the joy of celebrating Greta's first Mother's Day together this year and we couldn't be happier for them!

Tattoo artist and reality TV star Kat Von D will be celebrating her first Mother's Day in 2019 following the late-2018 birth of her first child, son Leafar Von D Reyes, with husband Leafar Seyer. The makeup mogul stirred up controversy during her pregnancy when she said she was not planning to vaccinate her child. In March 2019, Kat addressed the drama, saying, "I am not an anti-vaxxer. What I am is a first-time mother. I am one of those moms that reads everything. Anything that is going in my baby or on my baby, I research like a complete and total nerd. After doing a bunch of research and reading the ingredients, naturally I experienced some hesitancy."

Grammy-nominated singer Kehlani will be celebrating her first Mother's Day in 2019! The "Nights Like This" performer welcomed her first child, daughter Adeya Nomi, with partner Javie Young-White in late March and revealed on Instagram that she chose to have an "unmedicated home birth," calling it one of the "hardest and most powerful things" she's ever done in her life.

Talk about a well-kept secret! "The Big Sick" star Zoe Kazan and her partner, "Little Miss Sunshine" actor Paul Dano, reportedly welcomed their first child in August 2018. While the private pair have released almost no information about their daughter (who's reportedly named Alma Day), Paul did confirm her birth, telling Jimmy Fallon on his late-night show in October, "I'm so tired and I'm so in love. It's so extreme."

"True Detective" star Mamie Gummer is celebrating her very first Mother's Day in 2019. The actress gave birth to a son with her fiancé, Mehar Sethi, in February, making her screen-legend mother, Meryl Streep, a grandma for the first time.

Actress Amber Stevens West became a first-time mom on Oct. 17, 2018, when she and her husband, actor Andrew J. West, welcomed daughter Ava Laverne to the world.

Rapper Remy Ma and husband Papoose have something to sing about. In December 2018, the couple welcomed their first child, baby girl Reminisce Mackenzie Mackie (aka "The Golden Child"). Maybe Remy's new role as a mother will lead to her squashing her long-standing beef with fellow rapper Nicki Minaj?

"New Amsterdam" star Janet Montgomery and boyfriend Joe Fox are celebrating her first Mother's Day following the birth of their daughter, Sunday Juno. She arrived on March 1, 2019, via emergency cesarean section following a grueling 22 hours of labor. Janet, who was previously the star of the supernatural series "Salem," shared beautiful pictures of her newborn on Instagram, sweetly captioning one, "And just like that, life was never the same again." 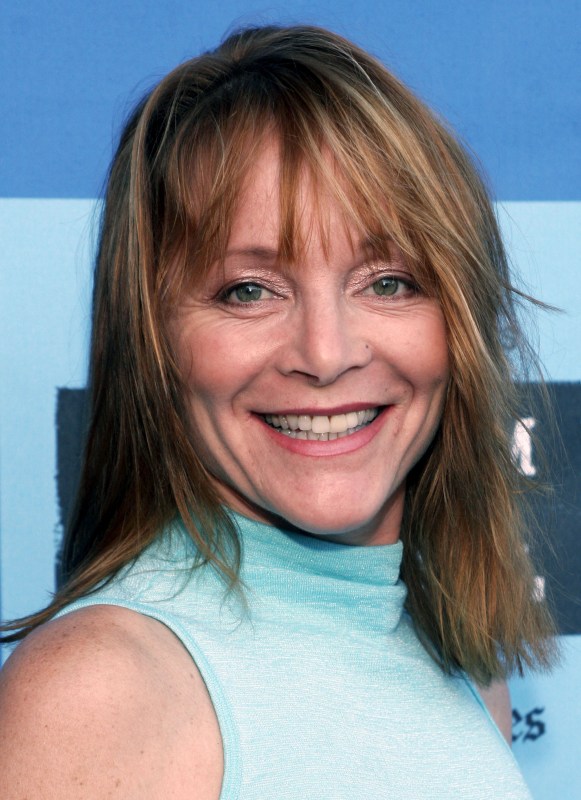