More than a year after Selma Blair underwent a stem cell transplant and "aggressive" chemotherapy treatments, the 49-year-old's multiple sclerosis is in remission. The actress revealed the exciting news during a discovery+ TCA panel discussion this week where she was promoting her new documentary, "Introducing Selma Blair," People reported on Aug. 16. "My prognosis is great. I'm in remission. Stem cell put me in remission. It took about a year after stem cell for the inflammation and lesions to really go down," she said. Selma was diagnosed with MS in 2018 and has spent a good deal of time since then sharing her daily struggles with severe pain, speech and mobility problems and other issues related to the chronic immune-mediated disorder. At her talk, she explained that she was "reluctant" to discuss the remission because she "felt this needed to be more healed and more fixed" after she endured such a long flare. "I was so burnt out," she admitted. "If there was an option to halt me, to rebalance after being hit so hard with that last flare, it's absolutely for my son." Selma also said her MS battle has changed her perspective and her approach to things like "boundaries, time management and energy," adding, "I'm having the time of my life." She's also excited to share her story with others who might "find comfort in themselves" as a result. "Introducing Selma Blair" is in theaters on Oct. 15 and on discovery+ beginning on Oct. 21.

RELATED: The best summer movies of 2021

Following last week's release of Lizzo and Cardi B's new single "Rumors" and the racy video that accompanied it, Lizzo found herself on the receiving end of a slew of nasty comments and messages from trolls criticizing her looks. In an Instagram Live posted on Aug. 15, the body-positive singer finally broke down in tears about the negativity, explaining that she's usually able to shrug off such comments. "I just think when I'm working this hard, my tolerance gets lower, my patience is lower. I'm more sensitive, and it gets to me," she said. "It's fatphobic, it's racist, and it's hurtful," Lizzo continued in the lengthy video. "What I won't accept is y'all doing this to Black women over and over and over again, especially us big Black girls. When we don't fit into the box that you want to put us in, you just unleash hatred onto us. It's not cool …" She followed up the post with a tweet about how hard it can be to love yourself "in a world that don't love you back," adding that she's "proud" of everyone out there who's trying to love themselves. It wasn't long before Cardi B jumped in to defend her collaborator. "When you stand up for yourself they claim your problematic & sensitive. When you don't they tear you apart until you crying like this," Cardi tweeted alongside a link to Lizzo's tearful video. "Whether you skinny, big, plastic, they going to always try to put their insecurities on you. Remember these are nerds looking at the popular table." In a second post, the rapper told off haters who'd claimed the song isn't charting well. "Rumors is doing great. Stop trying to say the song is flopping to dismiss a woman emotions on bullying or acting like they need sympathy," Cardi wrote. "The song is top 10 on all platforms. Body shaming and callin her mammy is mean & racist as f—." Lizzo thanked Cardi, praising her on Twitter for being "a champion for all people" as more celebs, including Jameela Jamil and Missy Elliott joined Cardi in supporting her. "Once every few decades, someone breaks the [mold]. And you are one of those people," Missy wrote to Lizzo. "Continue to shine and be blessed through you next journey."

J.Lo removes A-Rod from her Instagram, unfollows him ahead of Ben Affleck's birthday

Jennifer Lopez overhauled her Instagram ahead of boyfriend Ben Affleck's birthday — by removing all traces of her ex-fiance, Alex Rodriguez. According to Page Six, all pics of J.Lo with the former Yankees star, as well as photos of Alex solo are now gone from her page; the photo of Jen and Ben sharing a smooch that she shared on her birthday last month, however, remains. The singer also appears to have unfollowed A-Rod. Fans reportedly noticed the changes one day before Ben rang in his 49th birthday on Aug. 15 with the three kids he shares with his ex-wife, Jennifer Garner. The actor and J.Lo are reportedly planning to celebrate together with another trip. J.Lo and A-Rod announced they were calling off their engagement in April 2021 after 18 months together.

Bob Dylan has been accused of grooming and sexually abusing a 12-year-old girl in 1965 when he was in his 20s. In a lawsuit filed last week, someone whose name is listed only as "J.C." claims Dylan, now 80, "established an emotional connection" with the girl to "lower her inhibitions with the object of sexually abusing her, which he did," in New York City, according to NBC News. J.C. alleges the singer gave her drugs and alcohol and threatened her with physical violence in April and May of '65, all of which she says have left her "emotionally scarred and psychologically damaged to this day." She goes on to accuse Dylan of abusing her multiple times at his apartment in the Hotel Chelsea. A rep for Dylan denied the allegations in a statement to NBC that said only, "The 56-year-old claim is untrue and will be vigorously defended." It's unclear how much money in damages J.C. may be seeking.

In his first interview since he lost a libel suit against the publisher of British tabloid The Sun, Johnny Depp says he's being boycotted by Hollywood after a "surreal" five years. The actor — whose high-profile divorce from ex-wife Amber Heard amid domestic abuse allegations has sparked multiple lawsuits — stars in the new film, "Minamata," which tells the real-life story of W. Eugene Smith and his work photographing victims of mercury poisoning in Japan in the '70s. The film won't be released in the United States, though, a decision the director has blamed on fallout from Amber's accusations Johnny physically abused her during their marriage. (He's continued to deny those allegations and currently has a $50 million defamation suit pending against Amber.) Given the gravity of the film's subject, Johnny says his own challenges are "like getting scratched by a kitten … comparatively" (via Yahoo). He goes on to reference "Hollywood's boycott of, erm, me," presumably regarding his ouster from "Fantastic Beasts" as well as the limited release of "Minamata." "One man, one actor in an unpleasant and messy situation, over the last number of years?" he continues, saying later, "But, you know, I'm moving towards where I need to go to make all that … To bring things to light." Johnny also chalks up the industry backlash he's now facing as an "absurdity of media mathematics," and tells the outlet: "Whatever I've gone through, I've gone through. But, ultimately, this particular arena of my life has been so absurd …" Johnny's defamation suit against Amber is slated to go to trial next year.

After years of avoiding planes, blink-182 drummer Travis Barker has returned to the air for the first time since he survived a plane crash that killed four people 13 years ago. TMZ reports Travis flew from Los Angeles to Cabo San Lucas, Mexico, on Aug. 14, with his girlfriend, Kourtney Kardashian. The couple reportedly used Kourtney's sister Kylie Jenner's private jet for the milestone trip. Travis gave up air travel in 2008 after his a crash in his jet left his security guard, his assistant and both pilots dead. The musician nearly died in the wreck himself but ultimately made it out alive, albeit with third-degree burns covering much of his body, according to CNN. He was treated in burn centers over the course of many months with multiple surgeries and skin grafts. Travis' flight comes six weeks after he tweeted, "I might fly again."

Why Pete Davidson and Phoebe Dynevor have reportedly split

That's all she wrote for Pete Davidson and "Bridgerton" star Phoebe Dynevor. According to E! News, the pair recently called off their months-long romance, having decided it was getting too hard to maintain with Pete living in New York City and Phoebe shooting the next season of her show in her native England. "The long distance made it very difficult," a source told the outlet on Aug. 16, echoing similar claims from British tab The Sun. "They had fun, but it wasn't sustainable being so far apart. It was great while it lasted, but they both agreed it was best to move on." Earlier this year, the "Saturday Night Live" star was flying to the U.K. regularly to spend time with Phoebe. "They had fun and will remain close, but unless something drastic changes, their relationship won't recover," a Sun source predicted. 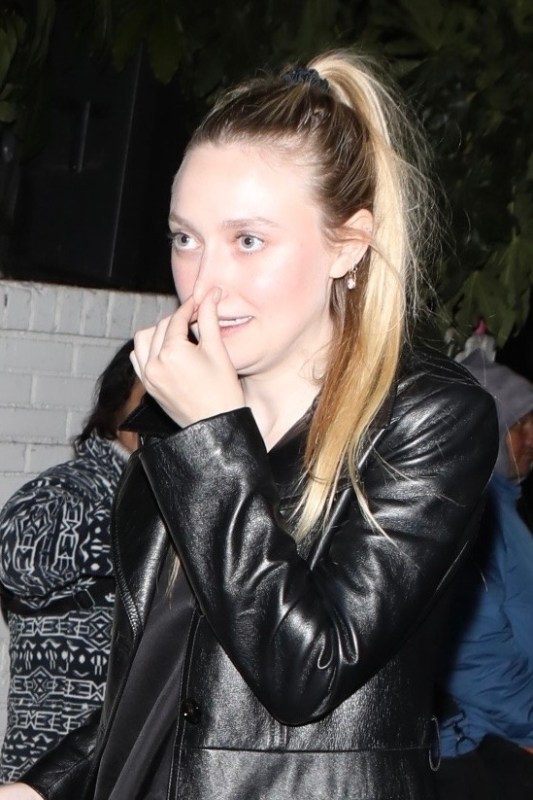