By Saryn Chorney and Corey Podell

Due to Michael jackson's death just three days before the 9th Annual BET Awards show, which happened on Sunday night, the network decided to give the show an extra hour in order to give the King of Pop a proper tribute, as well as to accommodate the large number of celebrities who decided to come out in honor of his life and work.

Host Jamie Foxx took it upon himself to try to emulate the iconic style of Jackson via numerous costume changes, a singing performance, as well as a mediocre attempt at the moonwalk. However, he did make one amusing joke — when he spoke of seeing Michael for the first time at a stadium in Texas back in the day, then taunted the audience, "Half of y'all can't sell out a bathroom at Carl's Jr.!" Good one, Jamie Foxx.

There were many touching tributes throughout the night, but the appearance of Michael's younger sister Janet Jackson thanking the audience for their support was a real cathartic moment for many viewers.

"To you, Michael is an icon. To us, Michael is family," Janet expressed on behalf of the whole Jackson clan.

Bobby Brown reunited with former New Edition members Ralph Tresvant and Johnny Gill to perform a tribute medley of Jackson 5 hits, including "The Love You Save" and "ABC," in honor of Michael Jackson at the start of the show.

Michael Jackson's father, Joe Jackson, also walked the red carpet and attended the show on behalf of his family. The elder Jackson seemed oddly unemotional, stating that he and the kids were "Fine," but a rep for the family read a statement on the carpet that declared he and Katherine shall have the "personal and legal authority to act, and solely … have authority for our son and his children."

Jackson also said that he hopes people will remember his son as "the greatest star in the world."

Beyonce looked more like a bizarro bridezilla than a heavenly spirit while performing an "Ave Maria"-meets-"Angel" mash-up, but we appreciated the sentiment nonetheless.

Bey's husband, the Hova himself, Jay-Z performed his single "D.O.A. (Death of Auto-Tune)" at the show and also gave a shout-out to "The King."

Alicia Keys won the BET Humanitarian Award last night and saluted Jackson for setting such a charitable example in his own lifetime.

Lil Wayne won the Best Male Hip-Hop Artist award and later took to the stage with his protege Drake and the Young Money crew.

Snoop Dogg performed alongside Jamie Foxx during the host/singer's version of "Blame It," also featuring Travis Barker and T-Pain.

Jeremy Piven cracked a joke on-stage ("If there wasn't a Michael Jackson, people like Justin Timberlake would probably be selling curly fries in the valley.") that set co-presenter Marlon Wayans off into a fit of giggles.

"It was 1983 my first time going to the Grammys and I was sharp as a whistle, (with) a red cummerbund, red bowtie and red boots. I go to the after-party and Michael comes in with his whole entourage, and he walks through shaking everyone's hands and saying 'Hi' and he pats me on the shoulder and says, "I like what you're wearing," and you couldn't tell me nothing! Michael Jackson said he liked what I was wearing."

Jessica Alba's 2003 performance in the hip-hop dance flick "Honey" must've given her a pass to attend the BET Awards '09 pre-party on Saturday in Los Angeles.

Both Zoe Saldana and the original Uhura, Nichelle Nichols, appeared at the show.

Ne-Yo, who some say owes his career to Jackson, performed "The Lady in My Life" in tribute to the star.

Ciara sang a lovely, respectful version of Jackson's soulful ballad "Heal the World" in tribute to the artist.

Estelle paid tribute to Jackson by accessorizing with one white glove and appearing on-stage at the show alongside Chaka Khan and LeToya Luckett.

Ginuwine told Wonderwall that Motown 25 was his favorite Michael Jackson memory because, "That's when he became 'Michael Jackson,' and that's when I set out to do what I do now."

T-Pain accepted the Best Collaboration award with Jamie Foxx for "Blame It."

Sean Paul walked the carpet at the BET Awards and told Wonderwall his favorite Michael Jackson memory was, "Trying to do the moonwalk and my mom telling me I was doing it wrong."

Keri Hilson performed "Turnin Me On/Knock You Down" at the 9th Annual BET Awards wearing an outfit reminiscent of Jackson's "Bad" era.

"The Apprentice" villain Omarosa Manigault-Stallworth said her favorite memory of Michael was at, "The World Music Awards in London. He took the time to hug me and talk to me and it was — not that I was surprised — very humbling."

It was a unique sight to see Tyrese Gibson, Trey Songz and Johnny Gill perform "Backstabbers." It was an even odder — and tenser — sight when Ving Rhames and Tyrese had some kind of angry showdown while Taraji P. Henson was at the mic in front of them. Rumor has it they were just reenacting a scene from the 2001 film "Baby Boy," but still, it was weird and out of left field for most.

Arsenio Hall and his son attended the 2009 BET Awards. The former talk show host told Wonderwall about his favorite Michael memory at a tribute awards show a few years ago:

"We sat outside and we laughed and laughed and laughed in the trailer when we had moments between work, and I think that the thing what kept Mike who he was — Mike laughed a lot. I wish people knew the Michael that you don't see in a mere interview. He was a fun guy to hang with 'cause that's what he was — he was just a guy in the end. You could talk to Mike about chicks and show business, he was very cool. And I'll tell you what: When I left my show, the first person to call me was Mike — just to see how I was doing. I loved him like a white woman loves Elvis."

Soulja Boy paid homage to Jackson by wearing a red leather jacket. He also performed "Turn My Swag On."

"The View" co-host Sherri Shepherd lit up the red carpet at the BET Awards.

Cassie continued to show off her crazy half-buzz-cut at the 9th Annual BET Awards.

Keke Palmer, along with Anthony Anderson and Bobb'e J. Thompson, appeared on-stage at the show. She sang an a cappella version of the Jackson 5's "Who's Lovin' You," but she told Wonderwall her favorite Jackson tunes were "Speechless" and "Human Nature."

MC Lyte was in the house for the 9th Annual BET Awards. Too bad she and Latifah didn't rap together.

Young actor Bobb'e J. Thompson said he was most excited to see Keri Hilson perform. And his favorite Michael Jackson song? "Billie Jean." (He wasn't even a glimmer in his mama's eye when that song came out!)

The O'Jays accepted a BET Lifetime Achievement Award, and though Tyrese, Trey Songz and Johnny Gill performed a tribute to the group, Michael Jackson weighed heavy on everyone's minds throughout the night.

Mario attended the BET Awards and walked the carpet. He told Wonderwall his favorite memory of Jackson was, "A performance that he, James Brown and Prince all did together. It was an impromptu performance, but it was amazing. You have to check it out."

DJ Paul and Juicy J of Three 6 Mafia walked the 2009 BET Awards red carpet. DJ Paul told us his favorite Michael memory was, "The Pepsi commercial with Alfonso [Ribeiro] because I was jealous. I was a kid, too, and I wanted to be the first kid to dance with him, to do a commercial with him, to hang with him."

Chaka Khan appeared on stage alongside Estelle and LeToya Luckett to present the Best Collaboration award to Jamie Foxx and T-Pain.

Tyra Banks presented LeBron James with the Best Male Athlete Award at the 9th Annual BET Awards. James thanked Michael Jackson's family for all their contributions to music and … basketball. Hmmm. Is he talking about that one video with Michael Jordan? We're not too sure.

Keyshia Cole and Monica performed at the 9th Annual BET Awards. This was almost as good as Monica and Brandy singing "The Boy Is Mine." (Why don't they ever let Monica sing by herself? She can hold her own.)

We didn't know who Melody Thornton was either until she wore this butt-baring Alexander McQueen getup to the BET Awards.

We hear it's a BET rule that every event the network puts on must be attended by at least one former Cosby kid. In this case, Tempestt Bledsoe.

Since a camera panning to him multiple times in the audience is never enough, Diddy also paid homage to Jackson and family with a heartfelt message spoken into the mic just prior to a commercial break. The mogul then threw an after-party at Hollywood club My House. Could an update of "I'll Be Missing You" in tribute to Michael be far behind? 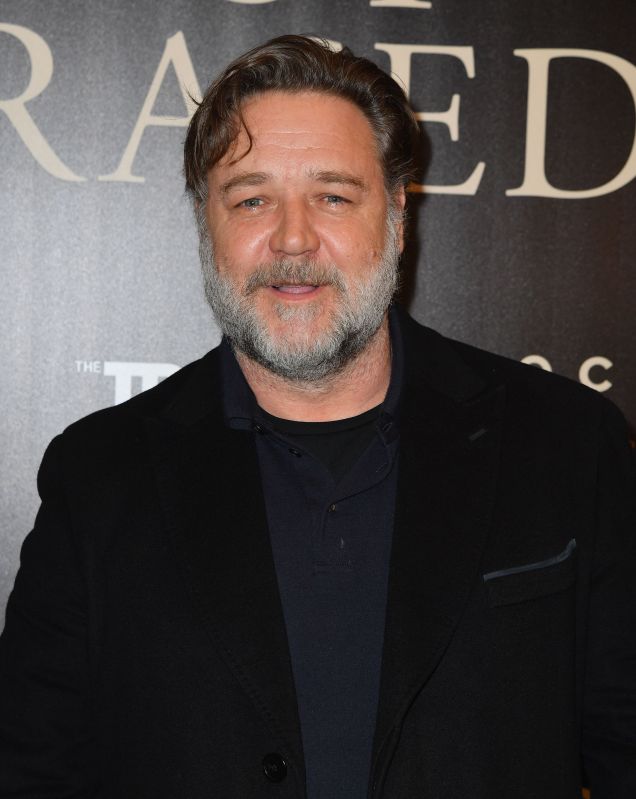 Up Next Famous Farmers