They say all that glitters is gold. If that's the case, then Hollywood just got a lot shinier. From all the hit movies to the jaw-dropping celeb paychecks, it seems like there's a lot more gold in Tinseltown than ever before. Join Wonderwall.com as we take a look at whose wallets got fatter in 2017… starting with the biggest blockbuster of the year and the 10th-highest grossing movie of all time, Disney's "Beauty and the Beast" starring Emma Watson and Dan Stevens. While its domestic gross of $504 million was impressive, it raked in more than $753 million overseas, bringing its worldwide total to more than $1.25 billion. Want to see more dollar signs? Keep reading to see which celebrities and films cashed the biggest paychecks this year…

We're just going to say it — there aren't enough women on this list and the ones that are didn't earn anywhere near as much as their male counterparts. And that needs to change. According to Forbes, Melissa McCarthy earned the fourth-biggest paycheck for any actress in the U.S. in 2017 — $18 million — and her total was lower than that of every single man on our list. While being in the top four is an amazing achievement, her wage-earning potential is far higher, glass ceiling be damned.

If you're shocked that "Kong: Skull Island" made a huge chunk of change in 2017, join the club. Apparently our hunger for King Kong remakes is yet to be satiated because this fantasy adventure pulled in a cool $566 million worldwide, making it the 12th-highest grossing film of the year.

RELATED: Most buzzed-about movies of 2017

If there's one diva who's making money, it's Beyonce, baby. Queen Bey raked in more than $105 million in 2017, making her the highest paid female performer in the entire country. Her estimated net worth is around $350 million, meaning she's an independent woman who can pay her bills, bills, bills like a soldier (hashtag a bunch of song titles from Destiny's Child).

The funny financial story of "Transformers: The Last Knight" was that it was a certified flop in the U.S. — only pulling in $130 million (with a production budget of more than $217 million). However, international fans shelled out the big bucks to see the film, bringing it a windfall of more than $475 million and a combined total of $605 million worldwide. To date, it's the 11th-highest grossing film of 2017. Crazy, right?

In 2016, Jennifer Lawrence was the highest paid actress in the country. In 2017, she's in third place with an estimated total annual income of $24 million. That's not bad considering she only starred in one film ("Mother!") this year. While no one would complain about having an extra $24 million in their bank account, that number isn't even half of what the five highest earning actors in Hollywood made this year. Come on, film producers, you can do better.

If fans have proven one thing over the years, it's that they love nothing more than a good mutant superhero saga. "Logan" was the gazillionth "X-Men" sequel (okay, it was really the 10th) and it made a bunch of money. We're talking nearly $617 million. Compare that to its production costs of around $97 million and it's like $520 million just fell from the sky into their shiny, razor-sharp fingers.

Adam Sandler only appeared in two movies in 2017 — both of which were streamed via Netflix, and one of which he wrote and produced (the comedy "Sandy Wexler.") And he managed to be the fourth-highest earning actor in Hollywood. His estimated income for 2017 was $50.5 million. No one's saying Adam didn't totally earn every penny, but seriously, can we get a recount?

The horror flick "It" (adapted from Stephen King's novel of the same name) did two things very right in Hollywood. It had a super-low production budget of just $35 million and managed to scare the bejeezus out of audiences while also being a really good film with solid acting and an entertaining storyline. That simple equation yielded big returns for the movie, which pulled in more than $688 million worldwide.

Okay, maybe author J.K. Rowling isn't a traditional "Hollywood celebrity," but so many of her books have turned into blockbuster Hollywood hits (the movie "Harry Potter and the Deathly Hallows: Part II" for instance was the eighth-highest grossing movie of all time) that we felt she deserved to be included on our list. Not only is she a great writer, but J.K.'s a fierce Twitter master with a rep for taking down online haters (and certain unnamed presidents) with a few quick taps of her thumbs. Most importantly, she's also getting paid. J.K. earned an estimated $95 million in 2017.

In the first 24 days following the release of "Thor: Ragnarok," the film managed to make an astounding $792 million worldwide. Whether it's because fans love Chris Hemsworth or they're all about that Marvel comics life, there's no doubt that as 2017 winds to a close, they'll continue to empty their wallets to see the hottie from Asgard fight to save his people.

Jennifer Aniston (or Jenny with the good hair, as we like to call her) appeared in one movie that hit a few film festivals in 2017 ahead of its January 2018 release, "The Yellow Birds" (which she also produced). Still, Jennifer was the second-highest paid American actress in 2017 with an estimated income of $25.5 million, according to Forbes. Chalk that up to her lucrative endorsement deals with Aveeno, Emirates Airlines and Smartwater, plus the fact that Living Proof — the haircare line in which she had a stake — sold to Unilever for big bucks in late 2016.

It's strange to call a movie that earns more than $100 million in the U.S. a "flop" but technically, "Pirates of the Caribbean: Dead Men Tell No Tales" was just that. With a sky-high production budget of $230 million, it didn't even break even in American theaters. However, fans abroad were all too happy to pitch in their hard-earned dollars, bringing the film a combined total of more than $794 million worldwide and the proud distinction of being the seventh-highest grossing movie of 2017.

Dwayne Johnson, please, take all our money. If being the second-highest paid actor in the U.S. keeps him on our screens for more years to come, then we are happy to pay our fair share. The Rock, who starred in the films "Baywatch" and "The Fate of the Furious" as well as the TV series "Ballers" in 2017 (and has a ton of projects in the works for 2018 and beyond), earned an estimated $65 million this year. We'll count his glorious muscles while he counts his Benjamins.

It's no secret that "Wonder Woman" (starring Gal Gadot) was one of the biggest blockbuster hits of the year, proving that box office magic has no gender. Not only did the film earn a worldwide total of more than $821 million, but it brought in more money domestically than it did abroad (which, as we've seen, is a rare feat). Based on U.S. sales alone (which were in the $413 million range), "Wonder Woman" was the second-highest grossing film of 2017.

You're looking at the face of the highest paid actor in the U.S. for 2017. Mark Wahlberg (who is and forever will be Marky Mark to us) cashed in to the tune of $68 million this year for his work in three films: "Transformers: The Last Knight," "Daddy's Home 2" and "All the Money in the World" (oh, the lack of irony of that last title). He also executive produced three episodes of the Dwayne Johnson-led HBO series "Ballers" (which probably added to his hefty paycheck).

When production companies decide to make a movie sequel, it's all in the hopes that it will perform exactly like "Guardians of the Galaxy Vol. 2" did. Lucky for them, the film, which starred Zoe Saldana, Chris Pratt, Vin Diesel, Dave Bautista and the voice of Bradley Cooper, was a massive box-office hit, bringing in a worldwide total of more than $863 million and making it the third-highest grossing film in the U.S. for 2017.

Academy Award winner Emma Stone came out on top in 2017 as the highest paid actress with earnings estimated at $26 million. While she only starred in "Battle of the Sexes," she also landed several new projects for 2018, including the title role in the comedy "Cruella" and a part in the biographical drama "The Favourite." Seeing as she's an Oscar winner and all, we hope next year's salary is on par with her male peers in Hollywood.

Who would have guessed that fans were as hungry for a new "Spider-Man" movie in 2017 as they were in 2002 when the first Spidey feature film debuted in theaters? When "Spider-Man: Homecoming" premiered, starring Tom Holland as the new and improved Peter Parker, the excitement was palpable. The film was a success in every sense of the word, bringing in more than $880 million worldwide and snagging the 49th spot on the list of highest grossing movies of all time.

He might not be Selena Gomez's bae anymore, but we're certain The Weeknd isn't sitting at home crying. The music artist blazed on the charts with his 2016 album "Starboy," which included two singles in 2017: "Reminder" and "Die for You." The album's since gone double platinum (and it's only his third album to date). That plus his current world tour helped line his pockets, bringing in a very cool $92 million and the right to call himself the third-highest paid celebrity of the year.

In the U.S., "Despicable Me 3" (featuring the voice of Steve Carell as Gru) did pretty good, pulling in more than $264 million against a production budget of $80 million. But it was international audiences that took this movie from good to freaking fantastic with sales nearing $768 million. In total, that brought this animated film's worldwide gross to over $1 billion dollars. BILLION! That's a thousand million, in case you were counting. "Despicable Me 3" is now the 25th highest grossing film in existence. Gru would be so proud.

At this point, all Drake has to do is show up to make big money. The Canadian actor-turned-rap superstar brought in $94 million in 2017 after releasing his playlist (which is basically an album) "More Life" following his 2016 album, "Views." Whether he's slaying on stage or appearing in very sexy music videos (did you see Rihanna's "Work"?), he's shown us how dead serious he was about that whole Cash Money enterprise.

Some of us just aren't big "Fast and Furious" fans but clearly we're in the minority because 2017's "Fate of the Furious" starring Vin Diesel, Dwayne Johnson and Charlize Theron cashed in big time at the box office. We're talking $1.23 billion in worldwide sales. While it only managed to make around $226 million in the U.S. (less than its production budget of $250 million), international fans shifted into overdrive to bring "Furious" that sweet, sweet $1 billion extra.

Last but certainly not least is the highest paid Hollywood celebrity in 2017: Sean Combs aka P. Diddy, Puffy, Puff Daddy (you get the point), who made an astounding $130 million. Sean has his hands in many pots, pulling paychecks from Ciroc, Bad Boy Records and his Sean John clothing line. Of course, there's also his music. He's slated to release his fifth studio album, "No Way Out 2," soon. 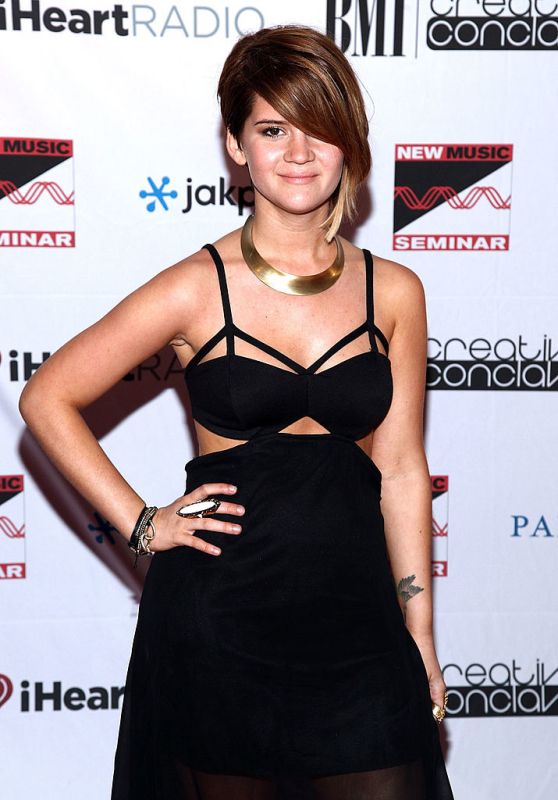