Audiences often get to see actors who are related performing together onscreen, but sometimes the familial connection is behind the camera. "Ben is Back," a movie about a son struggling with drug addiction, was directed by Peter Hedges and stars his son, Lucas Hedges. In celebration of the movie's release on Dec. 7, 2018, Wonderwall.com is taking a look at stars who've directed their kids in movies. Keep reading for more…

Judd Apatow has made a name for himself directing laugh-out-loud comedies such as "The 40-Year-Old Virgin," "Knocked Up," "Funny People," "This Is 40" and "Trainwreck."

Several of Judd Apatow's movies have been family affairs starring not only his wife, Leslie Mann, but their daughters, Maude Apatow and Iris Apatow. The girls have appeared in "Knocked Up," "Funny People" and "This Is 40" as Leslie's character's daughters. The whole family is pictured here at the 2018 premiere of Leslie's movie "Blockers."

Francis Ford Coppola made sure to include his daughter, Sofia Coppola, in his "Godfather" glory. Sofia made her film debut as an infant in 1972's "The Godfather" and later portrayed Mary Corleone, the daughter of Michael Corleone, in "The Godfather: Part III." "I didn't realize how much pressure I would be under — people want to see Francis' daughter fall on her face," Sofia told Entertainment Weekly before "Godfather III's" release in 1990. "My whole life I've had to prove myself harder. But any time you are under a lot of pressure, you do try harder."

Spanish actor Antonio Banderas tried his hand at directing in 1999 when he oversaw the comedy "Crazy in Alabama." The movie was a box-office flop and Antonio decided to focus primarily on acting from then on, starring in the "Spy Kids" film trilogy, "Once Upon a Time in Mexico," the "Shrek" film series and "Puss in Boots."

Antonio Banderas' directorial debut starred not only his then-wife, Melanie Griffith, but also his stepdaughter, Dakota Johnson, and daughter, Stella Banderas. The girls played the daughters of their real-life mother in the film. Dakota has gone on to achieve superstardom in the "Fifty Shades" film trilogy while Stella has shied away from the limelight.

Kevin Bacon was already an established A-list actor when he gave directing a second go-round in 2005. He directed "Loverboy" before going on to appear in "The Woodsman," "The Following," "Taking Chance" and "X-Men: First Class."

Kevin Bacon's "Loverboy" starred his entire family, with wife Kyra Sedgwick, daughter Sosie Bacon and son Travis Bacon all appearing. Sosie made her movie debut playing a younger version of the character played by Kyra. She has since appeared in a Lifetime TV movie, "Story of a Girl," which was directed by her mother," and Kyra's hit TNT show "The Closer."

Martin Scorsese directed his eldest daughter, Domenica Cameron-Scorsese, in two of his movies. She first appeared in 1991's "Cape Fear" before landing a major role in Martin's "The Age of Innocence." The pair are pictured here in 1993, the same year the movie premiered. Domenica has gone on to act in "A House on a Hill" and "Bullfighter."

Martin Scorsese's youngest daughter, Francesca Scorsese, has also appeared in his films. She had cameos in "The Departed" and "The Aviator." Martin, Francesca and her mother, Helen Morris, are shown here in 2015.

Academy Award-winning director John Huston helped to establish the noir genre, writing and directing several classic films such as "The Maltese Falcon," "The Treasure of the Sierra Madre," "The Asphalt Jungle," "The African Queen," "The Misfits," "Fat City" and "The Man Who Would Be King."

John Huston directed his daughter, Anjelica Huston, to an Oscar win. The actress won the best supporting actress Academy Award for her performance in 1985's "Prizzi's Honor," which was directed by her dad. "I wasn't crazy about the part. I was a big snob at the time," she later admitted to The Guardian about the role. "I felt that the script was a bit saccharine." Anjelica went on to star in the final film her dad directed, 1987's "The Dead."

Steven Spielberg is one of the most successful (and wealthiest) directors of all time. He's won the Academy Award for best director twice, is worth $3 billion and has directed several critically acclaimed films including "Jaws," the "Indiana Jones" series, "E.T. the Extra-Terrestrial," the "Jurassic Park" series, "The Color Purple," "Schindler's List," "Amistad," "Saving Private Ryan," "Lincoln" and "The Post."

Steven Spielberg's stepdaughter, Jessica Capshaw, appeared in his critically acclaimed, Oscar-nominated film "Minority Report" before becoming a celebrated TV actress on "Grey's Anatomy." She starred on the hit ABC series for nearly 10 years before departing the show in 2018. Jessica and Steven are pictured here with his wife (and her mom), Kate Capshaw, in 2017.

Steven Spielberg's second daughter, Sasha Spielberg, has appeared in several of his films including "Indiana Jones and the Kingdom of the Crystal Skull," "Munich," "The Terminal" and "The Post." Sasha is establishing herself as an actress, most recently starring in 2018's "In a Relationship." She is pictured here with her father, mother Kate Capshaw and elder half-sister Jessica Capshaw in 2014.

Alfred Hitchcock is regarded as one of the most influential filmmakers in history, having directed "Rear Window," "Vertigo," "North by Northwest," "Psycho," "The Birds" and "Marnie." He was nominated five times for an Academy Award for best director and seven of his films have been selected for preservation by the United States National Film Registry.

George Lucas directed his eldest daughters, Amanda Lucas and Katie Lucas, in all three "Stars Wars" prequels. Amanda has since ditched acting for mixed martial arts while Katie has established herself as a TV screenwriter. The girls are pictured here with George and his wife, Mellody Hobson, at the 2015 premiere of "Star Wars: The Force Awakens."

George Lucas also directed his only son, Jett Lucas, in all three "Star Wars" prequels. Jett has since shied away from acting, instead choosing to intern in sound production. He most recently produced the 2017 short film "Wolf Trap."

Like father, like son! Clint Eastwood's lookalike son, Scott Eastwood, has appeared in several of his father's films including "Flags of Our Fathers," "Gran Torino" and "Invictus." The young actor has also had starring roles in major blockbusters like "Suicide Squad," "The Fate of the Furious" and "Pacific Rim Uprising." "He could have made it easy but I wouldn't have learned anything from that," Scott told the Mirror about his dad. "He grew up during the Depression and he had to work hard for everything, including his early years as an actor. He believes you have to earn your way in life and I agree, although there were a lot of times when I would be angry with him because I knew he could have helped me out with money." Scott continued, "He made me pay my way through college. That was hard. But he knew the best lesson in life that he could teach me was that I had to learn to take care of myself and not expect any favors."

Clint Eastwood also directed two of his older children, son Kyle Eastwood and daughter Alison Eastwood, in numerous movies. Alison appeared in "Midnight in the Garden of Good and Evil" and stars in her dad's 2018 flick "The Mule." Kyle has focused primarily on his jazz music career but has appeared in "The Outlaw Josey Wales," "Bronco Billy," "Honkytonk Man" and "J. Edgar." The pair are pictured here with their dad and half-brother, Scott Eastwood, at the 2018 premiere of "The 15:17 to Paris."

Ron Howard began his career as an actor but it's his directing that's made him a Hollywood star. He helmed "Apollo 13, "The Da Vinci Code," "Frost/Nixon," "Solo: A Star Wars Story" and "A Beautiful Mind," which won him the Oscar for best director.

Ron Howard's daughter, Bryce Dallas Howard, can thank her dad for her earliest acting credits. She had cameos in Ron's "Parenthood," "Apollo 13" and "How the Grinch Stole Christmas" before making it big in the "Jurassic World" film series. "We were always on set. We have so many photographs of my dad sitting in his director's chair with four kids crawling all over him," Bryce told Express UK of her childhood. "I was in those movies but in the deep, deep background," she added of her appearances in her father's films. "I didn't have a line or anything but I vividly remember it."

Stanley Kubrick is viewed by many as one of Hollywood's most acclaimed filmmakers, having directed "The Shining," "Spartacus" and "2001: A Space Odyssey." He received four Oscar nominations for best director during his career and "Space Odyssey" took home the Academy Award for best visual effects.

Stanley Kubrick's daughter, Vivian Kubrick, had small, uncredited roles in several of her father's films including "2001: A Space Odyssey," "Barry Lyndon," "The Shining" and "Full Metal Jacket." She primarily works as a film composer now, having previously composed music for "Full Metal Jacket" and "The Mao Game." 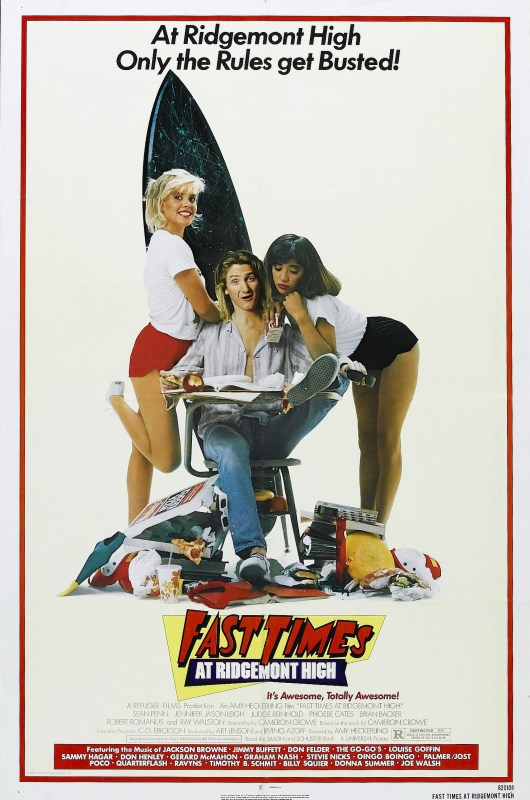