"The Parent Trap" first hit theaters back in 1961. The Disney comedy entertained audiences with the tale of teenage twins who meet for the first time at summer camp and hatch a plan to reunite their divorced parents. With the help of good old-fashioned movie magic, Hayley Mills starred as both girls: Susan Evers and Sharon McKendrick. In honor of the flick's 60th anniversary in June 2021, Wonderwall.com is taking a look back at more of pop culture's most memorable twins.

Keep reading to see if your favorites made the list…

RELATED: Celeb kids all grown up: See them then and now

A pre-teen Lindsay Lohan proved her acting chops by portraying twins Annie James and Hallie Parker, who were separated at birth, in the 1998 remake of "The Parent Trap."

The Bella Twins — Nikki Bella and Brie Bella — are former WWE champs and reality TV stars. The duo do basically everything together — from founding a wine label and hosting a podcast to settling down and having babies! (No, really: They welcomed sons within hours of each other in the summer of 2020!)

They're the wo-o-o-o-o-o-o-rst! Ben Schwartz and Jenny Slate (seen here with Aziz Ansari as Tom Haverford) brought terrible twins Jean-Ralphio and Mona Lisa Saperstein to life on the NBC sitcom "Parks and Recreation."

Mary-Kate Olsen and Ashley Olsen starred as identical strangers Alyssa and Amanda — an orphan and a rich girl who swap places — in the 1995 comedy "It Takes Two." Although the family film tanked with critics, it was a huge hit with '90s kids who grew up watching the Olsen twins on "Full House."

If you grew up in the '90s, you grew up with Tia Mowry and Tamera Mowry. From 1994 to 1999, they starred as twin sisters separated at birth who reconnect as teens on "Sister, Sister."

Nikolaj Coster-Waldau and Lena Headey starred as comely incestuous twins Jaime and Cersei Lannister on HBO's "Game of Thrones" from 2011 to 2019.

Twins Cole Sprouse and Dylan Sprouse got their start sharing a role on "Grace Under Fire" from 1993 to 1998. After that, they shared the role of Julian in the 1999 Adam Sandler comedy "Big Daddy." They're all grown up now — and doing their own thing — but we'll always remember them as these cute kiddos!

"Saturday Night Live" legends Kristen Wiig and Bill Hader showed off their dramatic sides in the lauded 2014 dramedy "The Skeleton Twins." They starred as estranged twins Maggie and Milo, who reunite to work through their issues after he attempts to die by suicide.

If their pedigree is any indication, twins Knox Jolie-Pitt and Vivienne Jolie-Pitt are destined for greatness: Their parents are Oscar-winning actors and lauded humanitarians Angelina Jolie and Brad Pitt.

Lisa Kudrow starred as offbeat musician Phoebe Buffay and her self-centered, ditzy twin sister, Ursula Buffay, on "Friends." Remember when Joey was head over heels for Ursula and Phoebe had to pretend to be her to break it off? What a mess!

President George W. Bush and first lady Laura Bush's fraternal twin daughters, Jenna Bush Hager and Barbara Bush, are the first twin children of a U.S. president. While Yale grad Barbara is now a humanitarian who's currently a fellow with Harvard's Center for Public Leadership, Jenna is now a TV star thanks to her gig hosting the "Today" show. The former teacher has been working on the popular morning program since 2009.

Twins Benji Madden and Joel Madden have been making music together for more than two decades as the guitarist and lead singer of Good Charlotte.

Real-life twins Lisa Burns and Louise Burns have haunted our dreams since 1980 when they portrayed the Grady twins — the ghosts of two murdered girls — in "The Shining."

Jason Priestley and Shannen Doherty starred as twins Brandon and Brenda Walsh on FOX's "Beverly Hills, 90210," which aired from 1990 to 2000 — though Shannen notoriously exited the popular teen soap after its fourth season.

Twin sisters Khadijah Haqq McCray and Malika Haqq are best known for their friendship with the Kardashian-Jenner clan, but they've also scored some success as actresses. They shared the role of Penny — a villainous cheerleader who can clone herself — in 2005's "Sky High," played twins in 2006's "ATL" and popped up on the BET series "Real Husbands of Hollywood" in 2013.

In September 2020, Mark Ruffalo won the Emmy for best lead actor in a miniseries or made-for-TV movie for his performance as Dominick Birdsey and his twin brother, Thomas — who suffers from paranoid schizophrenia — on the HBO miniseries "I Know This Much Is True," which is based on a 1998 novel of the same name.

Twin sisters Tegan Quin and Sara Quin are Tegan and Sara, the Grammy- and Oscar-nominated electro-pop duo behind the hit "Everything Is Awesome" from "The Lego Movie."

Sarah Paulson earned an Emmy nomination for her performance as conjoined twins Dot and Bette Tattler on "American Horror Story: Freak Show" in 2014.

Sarah Jessica Parker and Matthew Broderick's twins, Loretta and Tabitha, are seriously adorable. We love how Loretta looks just like Mom, while Tabitha is the spitting image of Dad!

What would "The Simpsons" be without Marge's grumpy older sisters? Identical twins Patty and Selma Bouvier have become iconic characters on the long-running TV show — thanks in part to their strong dislike of their brother-in-law, Homer.

In "Legend," Tom Hardy portrayed real-life British gangsters and identical twins Reggie and Ronnie Kray, who perpetrated crimes ranging from arson and armed robbery to murder while reigning over London's organized crime scene during the '60s.

Siva Kaneswaran and his twin brother, Kumar, got their start as models and actors before Siva joined music group The Wanted in 2009.

Brittany Daniel and Cynthia Daniel came to fame playing the Wakefield twins on the mid-'90s TV adaptation of the book series "Sweet Valley High." Brittany went on to star on "The Game" and in "White Chicks," while Cynthia retired from acting to pursue professional photography and raise a family with her husband, actor Cole Hauser.

They really were the worst twins ever! (If you know, you know!) Michelle Trachtenberg and Travis Wester starred as twins Jenny and Jamie — total opposites through and through — in the outrageous 2004 comedy "EuroTrip."

Little-known fact: The Super Mario Brothers are actually twins! That's right, the iconic characters are fraternal twins, according to their game designer, Shigeru Miyamoto. Mario is the older brother while Luigi is his taller, slightly younger twin. 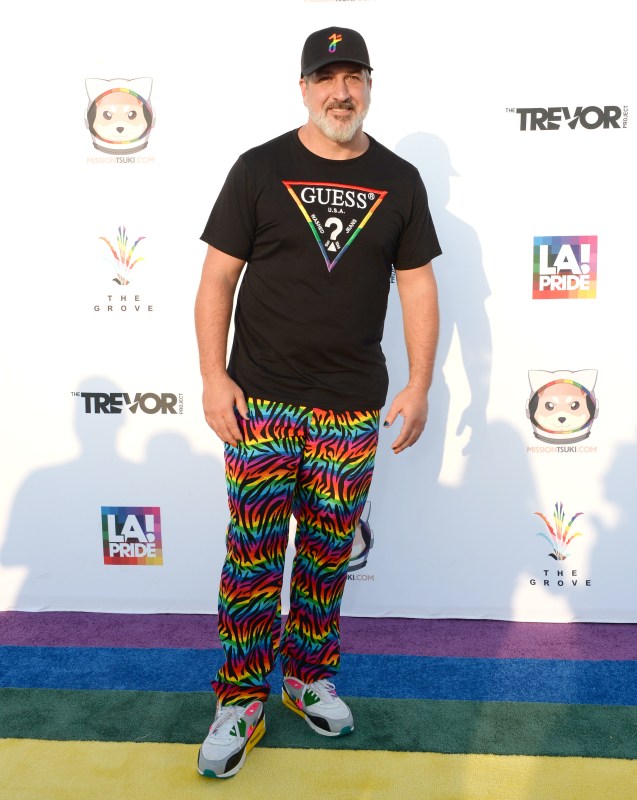