Cole Sprouse and Dylan Sprouse turn 28 on Aug. 4, 2020. To mark the occasion, Wonderwall.com is taking a look back at the twins' transformation from child stars to major Hollywood players. Keep reading to see how they've changed over the years…

Dylan Sprouse and Cole Sprouse made their acting debut on ABC's "Grace Under Fire" in 1993. They shared the role of Patrick, the youngest child of Brett Butler's titular Grace Kelly. The sitcom aired for five seasons until early 1998.

Dylan Sprouse and Cole Sprouse made their feature film debut in 1999's "Big Daddy." They shared the role of Julian McGrath, a 5-year-old who ends up in the care of Adam Sandler's Sonny Koufax, his biological father's best friend, when his mom suddenly dies of cancer. That same year, they had small roles as twins in "The Astronaut's Wife."

Cole Sprouse portrayed Ross Geller's son, Ben, on seven episodes of "Friends" between 2000 and 2002. It was one of his earliest roles without his twin brother, Dylan Sprouse.

In 2003, Cole Sprouse and Dylan Sprouse finally co-starred as different characters in a movie: They played twins on a mission to end their soccer team's losing streak in the straight-to-video sports comedy "Just 4 Kicks."

After years of starring in comedies and family-friendly fare, Cole Sprouse and Dylan Sprouse shared the role of Jeremiah in Asia Argento's adaptation of JT LeRoy's 2001 novel "The Heart Is Deceitful Above All Things." The indie drama, which debuted at the Cannes Film Festival in 2004, centers around a drug addict and her son, whom she disguises as her little sister.

Dylan Sprouse and Cole Sprouse scored their major breakthrough in 2005 when the Disney Channel's "The Suite Life of Zack & Cody" debuted. They starred as twins living in the Boston hotel where their mom works as a lounge singer. The sitcom aired for three seasons until 2008 and spawned a sequel series and a film.

In 2005, Cole Sprouse and Dylan Sprouse signed a licensing agreement with Mary-Kate Olsen and Ashley Olsen's company, Dualstar Entertainment Group, to release branded merchandise including a clothing line, a comic book series and a magazine. (Both sets of twins are pictured together at a launch party for Sprouse Bros. Code Magazine in New York City on July 6, 2006.)

In 2007, Dylan Sprouse and Cole Sprouse co-starred as strangers who swap lives in the straight-to-DVD family comedy "The Prince and the Pauper: The Movie." Cole portrayed child star Eddie Tudor, while Dylan played Tom Canty, a regular kid with acting ambitions. The movie, which is loosely based on Mark Twain's 1881 novel of the same name, enjoyed extensive airtime on the Disney Chanel thanks to the twins' relationship with the network.

Dylan Sprouse and Cole Sprouse returned to the Disney Channel with "The Suite Life on Deck" in 2008. The sitcom, which aired for three seasons until mid-2011, chronicled Zack and Cody's experiences going to school aboard a luxury cruise liner sailing in international waters.

For three consecutive years between 2009 and 2011, Dylan Sprouse won the Nickelodeon Kids' Choice Award for best TV actor for his work in the "Suite Life" franchise. (He's pictured claiming his blimp for "The Suite Life on Deck" on March 27, 2010.) He also earned a nomination in the same category in 2008.

The "Suite Life" franchise finally came to an end with 2011's "The Suite Life Movie." Cole Sprouse and Dylan Sprouse returned to the roles of Cody and Zack in the Disney Channel made-for-TV movie, which they also produced. The twins then took a lengthy break from Hollywood to attend New York University.

Dylan Sprouse and Cole Sprouse shocked fans with their grown-up appearance at the Tribeca Film Festival premiere of "Palo Alto" on April 24, 2014. The following year, they both graduated from NYU's Gallatin School of Individualized Study with honors. According to E! News, Dylan studied video game design while Cole studied archaeology.

In early 2017, Cole Sprouse made his big return to acting as Jughead Jones on The CW's "Riverdale."

In late 2017, Dylan Sprouse returned to acting with "Dismissed" — his first major project sans twin brother Cole Sprouse. He starred as a psychopathic straight-A student terrorizing a teacher who gave him a B+ in the thriller, which went straight to VOD.

Cole Sprouse was all smiles at the 2017 Teen Choice Awards in Los Angeles on Aug. 13. He won two awards for "Riverdale" that night: choice actor on a TV drama and choice TV "ship" for his on-screen romance with then-real-life love Lili Reinhart, who plays Betty Cooper opposite his Jughead Jones.

Dylan Sprouse also became part of a Hollywood power couple! On July 24, 2018 — not long after they started dating — he and model Barbara Palvin made their red carpet debut at a special screening of "Puzzle" in New York City. They're still going strong.

Cole Sprouse was named favorite drama movie star for his performance in "Five Feet Apart" and favorite male TV star for his work on "Riverdale" during the 2019 People's Choice Awards in Los Angeles on Nov. 10. (He'd also scored a nomination in the TV category the previous year.)

The coronavirus pandemic might have put production on pause across Hollywood, but Cole Sprouse and Dylan Sprouse (pictured at the 2020 Vanity Fair Oscar Party on Feb. 9) still had plenty to promote in 2020: In addition to his ongoing work on "Riverdale," which concluded its fourth season a few episodes early in May 2020, Cole produced and starred in the podcast "Borrasca." Dylan, meanwhile, is set to star in "After We Collided." The sequel to the 2019 adaptation of "After" is scheduled to open in theaters in October 2020. 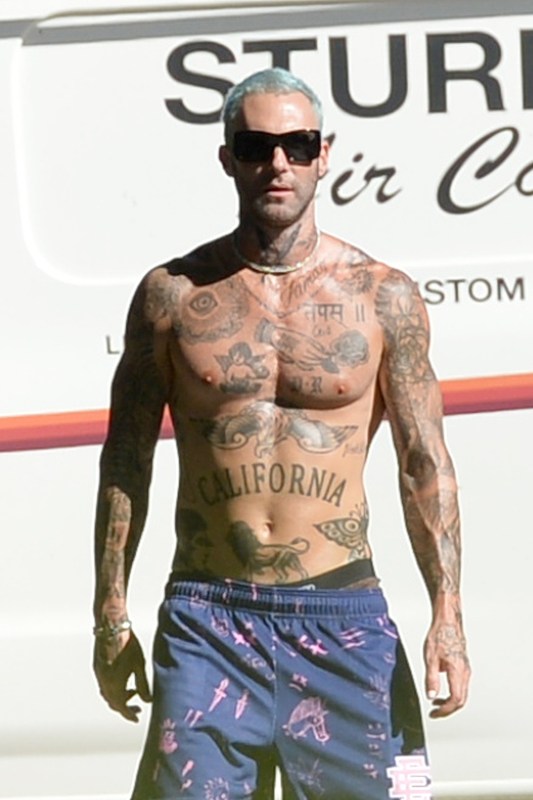