Demi Lovato was hospitalized on July 24 after allegedly overdosing on unknown drugs. Initial reports claimed the singer OD'd on heroin at her Los Angeles home, but sources close to Demi later refuted those allegations. The singer, who earlier this summer revealed she'd broken six years of sobriety, was reportedly revived with Narcan, an emergency medication that reverses the effects of a narcotic opioid overdose. A day after her crisis, E! News reported that the pop star planned to enter rehab after doctors discharge her from the hospital.

R. Kelly professed his innocence on a new 19-minute song uploaded to SoundCloud on July 23. The singer, who's been accused of rape and sexual abuse for decades, denied the allegations on the track "I Admit."

Early David Bowie recording to be auctioned off

David Bowie's oldest known original song is set to be auctioned off after the audio tape was found in a bread basket during a move. The singer, who died two and a half years ago, was only 16 when he recorded the demo track "I Never Dreamed." The recording will be sold via Omega Auctions in September alongside letters, bills, booking forms, photographs and promotional sketches. The auction house expects it to go for $13,000.

Cardi B becomes first female rapper with two No. 1 songs on Billboard Hot 100

New mom Cardi B has more than one reason to celebrate! In addition to welcoming home her new baby girl, Kulture Kiari, with husband Offset, the rapper also broke a major music record. On July 2, Cardi became the first female rapper with two No. 1 songs on the Billboard Hot 100 chart. "I Like It," featuring Bad Bunny and J Balvin, topped the chart, giving Cardi her second No. 1 after "Bodak Yellow." Later in July, she announced that she would not be touring with Bruno Mars this fall as planned as she continues to recover from giving birth and bonds with her daughter. "I underestimated this whole mommy thing," she explained on Instagram.

Justin Bieber, 24, proposed to his girlfriend of barely a month, model Hailey Baldwin, 21, on July 7 while vacationing in the Bahamas. "My heart is COMPLETELY and FULLY YOURS and I will ALWAYS put you first! You are the love of my life Hailey Baldwin and I wouldn't want to spend it with anybody else," Justin wrote days later on Instagram, confirming the news. The pair previously dated casually here and there over the last few years.

The Biebs isn't the only high-profile music star who got engaged in July following a whirlwind courtship… On July 27, People magazine and Us Weekly reported that pop star Nick Jonas had proposed to his girlfriend of about two months, actress Priyanka Chopra, on July 18 — her 36th birthday — while they were in London.

Destiny's Child member Michelle Williams checked herself into a mental health facility to treat her depression, she revealed in a statement released on July 17. "For years I have dedicated myself to increasing awareness of mental health and empowering people to recognize when it's time to seek help, support and guidance from those that love and care for your wellbeing," she explained. "Today I proudly, happily and healthily stand here as someone who will continue to always lead by example as I tirelessly advocate for the betterment of those in need."

Fans were smiling from ear to ear when Bruce Springsteen joined Billy Joel for a surprise performance during Billy's 100th lifetime concert at Madison Square Garden on July 18. "Congratulations, Billy, on your 100th show," Bruce said as he walked on stage. The two performed "Tenth Avenue Freeze-Out" and "Born to Run" before Bruce let Billy carry on.

The Las Vegas Metropolitan Police Department clarified the status of Tupac Shakur's murder case on July 4 after the primary suspect's uncle claimed in a new BET documentary that he knew who killed the rapper. "We are aware of the statements made in a BET interview regarding the Tupac case. As a result of those statements we have spent the last several months reviewing the case in its entirety," the LVMPD said in a statement. "Various reports that an arrest warrant is about to be submitted are inaccurate. This case still remains an open homicide case."

Garbage frontwoman Shirley Manson opened up about her struggles with self-harm and cutting in a New York Times op-ed on July 3. "I didn't know I was a cutter until the first time I chose to cut. I didn't even know it was a 'thing," the singer shared. "I had never heard the phrase 'self-harm' back then, in the mid-80s in Scotland. There were no support groups for people like me or any progressive, sympathetic op-ed pieces about the practice of cutting in my local newspaper. It was something I came to naturally, privately, covertly. I didn't tell a soul about it."

Dr. Conrad Murray, who was convicted of involuntary manslaughter in the death of Michael Jackson, claimed that the pop star was "chemically castrated" by his late father, Joe Jackson, in an effort to maintain Michael's high-pitched voice, according to reports published on July 11. "The cruelty expressed by Michael that he experienced at the hand of his father…" the doctor said following the patriarch's June 27 death, "the fact that he was chemically castrated to maintain his high-pitched voice is beyond words."

The mayor of Philadelphia, Jim Kenney, responded to a blistering July 18 op-ed from JAY-Z after the hip-hop mogul claimed the mayor's office was evicting the Made in America Festival from the city's Benjamin Franklin Parkway, where it's been held for the last six years. "The City of Philadelphia supports the Made in America festival and is greatly appreciative of all that it has done for Philadelphia," the statement read. "We are committed to its continued success and thank them for their partnership. We hope to be able to resolve what has been an unfortunate misunderstanding. We are working with Roc Nation and Live Nation to resolve this issue and we are committed to continuing our partnership with the Made in America festival." Jay, who founded the festival in 2012, accused Jim of evicting the concert "from the heart of the city, through a media outlet, without a sit-down meeting, notice, dialogue or proper communication."

Members of Pussy Riot were charged and jailed after storming the field in protest during the final match of the 2018 World Cup on July 15. Nika Nikulshina, Olga Kurachyova, Olga Pakhtusova and Pyotr Verzilov were protesting human rights abuses when they ran out onto the field at the France vs. Croatia match. The group is accused of violating spectator rules and illegally wearing police uniforms. They face up to 15 days in jail and fines of about $200.

Drake's new double album, "Scorpion," became his eighth consecutive effort to hit No. 1 on the Billboard 200 chart, it was announced on July 8. The album also set a new streaming record with 745.92 million on-demand audio streams, the biggest streaming week ever for an album. "Scorpion" can also claim the biggest week for any album released in 2018 so far, with 732,000 equivalent album units sold.

Tom Jones cancelled a string of concerts in Britain, Germany and Finland in July after coming down with a bacterial lung infection, which left him hospitalized. The 78-year-old Welsh singing legend had been performing on a 26-date European tour since wrapping up "The Voice UK."

Russell Simmons is facing another rape allegation after Alexia Norton Jones, the granddaughter of book publisher W.W. Norton, claimed he assaulted her in November 1990. "It was such a fast attack," she told Variety in a story published on July 10. "He pulled my dress up. I must have said no seven to 10 times." The music and clothing mogul denied her charges, telling Variety in a statement, "I'm deeply saddened by this story from Alexia. At no time did she share these feelings about her first sexual encounter with me, which took place roughly 28 years ago. I have taken multiple lie detector tests that affirm I never sexually assaulted anyone. Alexia and I dated, were intimate and attended multiple events together after she alleges the incident occurred in 1990."

Two more suspects have been arrested for the murder of rapper XXXtentacion outside of a motorsports shop in Florida in June. Police announced on July 11 that a second man, Michael Boatwright, 22, is now facing first-degree murder charges in connection with the slaying. On July 25, U.S. marshals brought in third suspect Robert Allen, 22, after locating him in Georgia. A fourth suspect, Trayvon Newsome, 20, has also been indicted but has yet to be arrested. A first suspect was arrested two days after the rapper's murder in June. 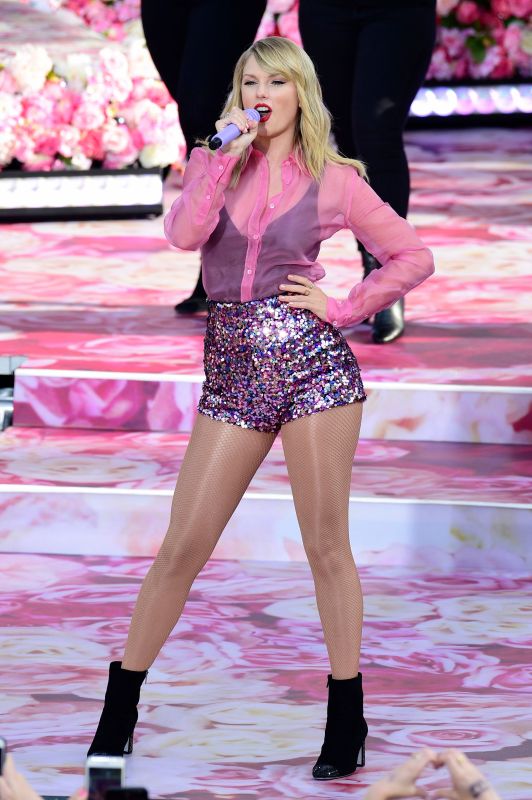