Who knew?! Michelle Williams just revealed that she secretly married singer-songwriter Phil Elverum earlier this month. Michelle and Phil, who performs under the name Mount Eerie, tied the knot in the Adirondacks with only a small group of friends and their daughters present, she told Vanity Fair in a cover story that hit the internet on July 26. Michelle — who's spent the last decade raising daughter Matilda as a single mom following ex Heath Ledger's death — called their relationship "very sacred and very special." (The public didn't even know they were dating!) She added, "I never gave up on love… Obviously I've never once in my life talked about a relationship, but Phil isn't anyone else. And that's worth something. Ultimately the way he loves me is the way I want to live my life on the whole. I work to be free inside of the moment. I parent to let Matilda feel free to be herself, and I am finally loved by someone who makes me feel free." Like Michelle, Phil has also experienced devastating loss: His first wife, artist-musician Geneviève Castrée, died in 2016 from pancreatic cancer when their daughter Agathe was just 18 months old.

Demi Lovato was hospitalized on July 24 after allegedly overdosing at her Los Angeles home. It's not known what drug she was using, but sources close to Demi are adamant that it wasn't heroin, as was initially reported. News of Demi's hospitalization rocked the music world. According to emergency dispatch audio, Demi was unconscious when paramedics arrived at her Hollywood Hills home. Since her hospitalization, multiple media outlets have claimed that Demi's partying had been escalating in recent weeks and that members of her team tried to stage an intervention recently, but she rejected it. On July 25, E! News reported that Demi will head directly to rehab after doctors discharge her from the hospital. "She slipped up and thought she could handle it. This is obviously a huge wake-up call," a source told E! News. "Demi doesn't want to die and she's very grateful to be alive."

That was fast! Just two months after they were first linked, Priyanka Chopra and Nick Jonas are engaged, People magazine reported on July 27 — a claim that was also confirmed by Us Weekly. An insider told People that after closing down a Tiffany & Co. store to buy a ring, the music star, 25, popped the question on the "Quantico" star's 36th birthday, July 18, while they were in London. A Jonas source told People that Nick is "very, very happy. His friends and family have never seen him like this, and they're all really excited for him." Meanwhile, an insider told Us Weekly that Priyanka was "thrilled," adding that the pair "want to get married very soon" and are eager to start a family.

Former MTV VJ Jesse Camp was reported missing, but the search was called off on July 24 after he contacted police in California. "Josiah 'Jesse' Camp is no longer considered missing. He was contacted by a local law enforcement agency a short time ago and not in need of any assistance," the Riverside Police Department tweeted. "His family has been notified. No further information will be released." Jesse, who achieved fame after winning MTV's first "I Wanna Be a VJ" contest, had not been heard from in over a week, according to his sister.

Model Karlie Kloss and her boyfriend of nearly six years, venture capitalist Joshua Kushner, are engaged. According to People magazine, Josh — whose brother is Donald Trump adviser (and son-in-law) Jared Kusher — proposed a few weeks ago while he and Karlie were on vacation but kept the news secret. On July 24, Karlie formally announced the news on Instagram. "I love you more than I have words to express. Josh, you're my best friend and my soulmate," she wrote. "I can't wait for forever together. Yes a million times over." A few hours later, Joshua posted an image of Karlie on his Instagram. He simply captioned it, "Fiance."

Jenelle Evans pulled out a gun during a road rage incident with her 8-year-old son in the car, and the whole thing was caught on camera. On the July 23 episode of "Teen Mom 2," Jenelle claimed someone cut her off while she was driving. After calling police, she reached under her seat and got a handgun out, keeping it within her grasp. The other driver claimed Jenelle was the one initially driving erratically. Video shows Jenelle following the man to his house, where she unintentionally hit his mailbox. He then appeared to make contact with Jenelle's car. It was then that she pulled the gun out. MTV opted not to air video of her brandishing the firearm, but the network made it clear that the video exists. The incident allegedly happened in April. Police showed up but no arrests were made.

Michael Bublé and wife Luisana Lopilato have welcomed their third child, a baby girl. They have not revealed their little one's name yet. Luisana shared the happy news on Twitter on July 26, posting a photo of their little girl's tiny hand. "Our hearts are exploding with love," she wrote in Spanish. "There are not enough hours of the day to contemplate it. I thank God for giving us this gift of life! We love you to infinity. We waited for you not only to grow as a family, you gave us light, hope, and finally you will be our life and our soul!"

Bryan Abrams, a member of the '90s R&B group Color Me Badd, was arrested on July 22 for allegedly shoving one of his bandmates onstage during a concert in Waterloo, New York. Video of the altercation, which quickly went viral, shows Bryan walking up to bandmate Mark Calderon at the end of "I Wanna Sex You Up" and shoving him, causing him to fall into some sound equipment on the floor, which sent Mark to the hospital. A police officer told The Blast that "alcohol was a factor" in the incident. Bryan was arrested for misdemeanor assault, taken to jail and released.

Nine months after NBC fired him from "Today" amid a sexual misconduct scandal, Matt Lauer is embroiled in another controversy, this time involving New Zealand (yes, the country). Last year, the disgraced morning-show host purchased the Hunter Valley Station sheep and cattle ranch in New Zealand for $9 million. The 16,000-acre property stretches from the mountains down to the shores of Lake Hawaea and Lake Wanaka on the country's south island. The government now apparently wants to build an easement on the property so hikers can get to the Hawea Conservation Park. "I believe the groups that are behind this are in some ways unfortunately taking advantage of some difficult times I've been through over the past six months and I think they see me as an easy mark," Matt told Radio New Zealand on July 24, referring to escalating drama. This was his first interview since his NBC exit.

Josh Duhamel and Eiza Gonzales are over after five months of dating. "Their work schedules were tough on the relationship," a source told People magazine. An insider told Us Weekly that the duo "just drifted apart." "Entertainment Tonight," meanwhile, talked to a source who claims Josh wasn't ready to get super-serious because he's still hung up on his breakup with Fergie and misses his singer ex. Josh and Eiza were last seen together on the Fourth of July. According to the Daily Mail, Josh was spotted leaving the gym when he told photographers, "If you are looking for Eiza, we're done." 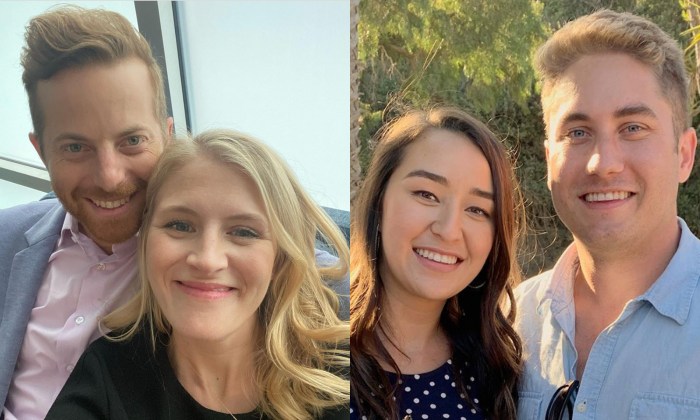