Some crazy things go down when rock stars hit the road! Wonderwall.com is rounding up some of the wildest stories from celebrity tour buses, starting with this unbelievable tale from 2004. The Dave Matthews Band was driving through Chicago to their next gig when their tour bus driver decided it was time to empty the septic tank — right above an architecture sightseeing cruise boat floating in the Chicago River. More than 100 passengers on board were covered with the contents — people reported that a terrible-smelling "brownish-yellow slurry" fell on them, causing many to get sick. The driver was sentenced to 18 months of probation, 150 hours of community service and a $10,000 fine for his actions after pleading guilty to misdemeanor charges of reckless conduct and water pollution. Keep reading for even more tales from the road, from drug busts to crashes to robbery and more…

This one's not too shocking: Willie Nelson was busted for having marijuana and narcotic mushrooms on his bus while he was on the road back in 2006. It started with a commercial vehicle inspection in Louisiana and ended with law enforcement smelling marijuana and proceeding to do a search that turned up one and a half pounds of pot and three ounces of narcotic mushrooms — resulting in misdemeanor charges split between the people on board. It wouldn't be Willie's first run-in like this: In 2010, he was arrested after marijuana was found on his bus in Texas.

In the very same spot on the Texas border where Willie Nelson got busted for weed in 2010, Snoop Dogg's tour bus was busted for having pot on it too in 2012. A drug-sniffing dog discovered a prescription bottle with rolled marijuana cigarettes on board, and after Snoop Dogg admitted it was his, he was arrested.

RELATED: All the stars with Las Vegas residencies

Metallica tragically lost a band member while out on the road in September 1986. While promoting their album "Master of Puppets," the rock group's tour bus driver lost control while driving in Sweden. Bassist Cliff Burton (left) was thrown from his bunk, went through a window and was crushed by the bus.

The men of Migos were in hot water in April 2018 after cops found drugs on their tour bus in Boone, North Carolina. Cops working security at the concert smelled marijuana coming from the bus after the show, so the vehicle was stopped on its way out of town. It turned out the cops were correct: The rappers and their entourage had 420 grams of marijuana and 26 ounces of codeine and Xanax aboard the bus. One person was taken into police custody and charged with felony possession of marijuana with intent to sell or deliver, one person was given a citation for simple possession of marijuana and codeine and another was cited for possession of Xanax.

When Justin Bieber toured in Sweden in 2013, officers smelled a suspicious odor coming from his tour bus at the arena. They decided to raid it and ended up discovering marijuana and a stun gun. No was was arrested — Justin was actually inside the arena during the raid — but it still made headlines around the world.

Gloria Estefan's tour bus was hit by a truck while traveling near Scranton, Pennsylvania, in 1990. The singer suffered a fractured spine that resulted in doctors having to implant two titanium rods to stabilize her vertebral column.

Nelly got arrested in April 2015 after police discovered methamphetamines and marijuana on his tour bus in Tennessee. After his bus was pulled over on the highway for failing to have two required stickers (one for the U.S. Department of Transportation and one for an International Fuel Tax Association), the rapper found himself charged with felony possession of drugs, simple possession of marijuana and possession of drug paraphernalia. Aside from the drugs, cops also discovered numerous firearms, which got another man in Nelly's entourage, Brian Jones, in trouble for being a felon in possession of a handgun.

The 2015 bust wasn't Nelly's first time in trouble on the road. In October 2012, the rapper's bus was found to be transporting heroin, marijuana and a loaded pistol while crossing a Texas border patrol checkpoint. In that incident, Nelly wasn't charged, but Brian Jones — the man arrested with him in Tennessee — was taken into custody after admitting the drugs and gun were his.

ZZ Top had a buffalo escape from their tour cavalcade. Yep, you read that right — the band traveled with wild animals including a buffalo, vultures, longhorn steer and rattlesnakes during their "Worldwide Texas" tour from 1976 to 1977 and the buffalo escaped not once but twice! Both times, there was plenty of damage involved — the first time in Pittsburgh when multiple animals broke loose and damaged a field, and the second time when a buffalo wrecked limos that were parked by the venue.

Back in 2013, Rihanna's tour bus had drugs on it while crossing the border from Canada. While on their way to Detroit, Rihanna's buses were stopped by officials with drug-sniffing dogs that smelled weed. Rihanna herself wasn't implicated — or even on the buses at the time — but someone from her touring entourage was busted.

One of the tour buses in Miley Cyrus's entourage went off a Virginia highway in 2009, hitting an embankment and overturning. The crash killed the driver and injured nine people.

Miley Cyrus's tour buses haven't had the best track record. In 2014, a bus carrying her mother, Tish Cyrus, and sister Noah Cyrus went up in flames on the way to a stop in New Orleans. Fortunately, no one was injured.

While on tour with Lil Wayne, 2 Chainz's tour bus was stopped outside of Oklahoma City, Oklahoma, for a broken taillight in 2013. Police suspected that drugs were aboard, but passengers refused to let police search the bus. This resulted in cops towing the tour bus and getting a warrant to search it, with passengers including 2 Chainz all eventually being arrested for obstruction of a public officer. For his part, 2 Chainz claimed via a tweet that the police ended up finding nothing on the bus, though the standoff still made headlines.

While heading to a tour stop in Boston, Weezer frontman Rivers Cuomo and his family were on a tour bus that hit a patch of ice and crashed. Rivers suffered three cracked ribs and internal injuries in the 2009 accident.

After a traffic stop in Florida in 2002, Kid Rock's tour bus was found to be transporting cocaine, marijuana, a glass pipe and rolling papers. Kid Rock's personal assistant was the only passenger on board and was charged with felony and misdemeanor drug possession.

Miranda Cosgrove was out on her "Dancing Crazy" summer tour in 2011 when her tour bus crashed into an overturned tractor-trailer on a highway in Illinois. Though she didn't have any major injuries, the Nickelodeon star had to cancel her remaining tour dates. She lated sued both drivers, claiming the accident resulted in her label dumping her. She also alleged that it caused her to lose a $400,000 Neutrogena contract due to her injuries.

Michael Todd, the bass player for Coheed and Cambria, made quite the splash ahead of a 2011 show in Mansfield, Massachusetts. Hours before his band was slated to open for Soundgarden, police say he went to a Walgreens pharmacy and threatened to bomb it if he wasn't given pain pills. The pharmacist acquiesced, handing over six bottles of oxycodone, and Michael headed back to his tour bus at the venue in a taxi… where police soon arrested him. Needless to say, he didn't join his bandmates on stage that night. He was later arraigned on charges of armed robbery and drug possession. 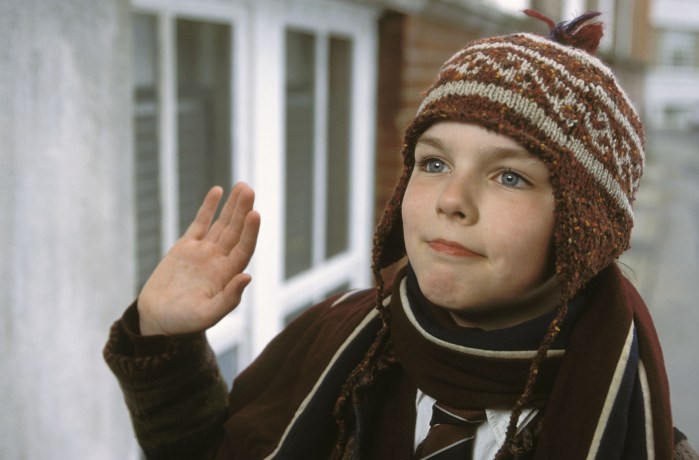