Blond hair has been synonymous with "bombshell" ever since Marilyn Monroe sang the sexiest rendition of "Happy Birthday" anyone's ever heard (though you haven't heard my karaoke version. Just sayin'). However, once "Baywatch" got canceled and bleach became passe, a few A-list starlets traded in their blond tresses for a sultry brunette appeal. Click through for our gallery of gals who have gone dark.

Resident Hollywood seductress Scarlett Johansson isn't one to shy away from scandal. So when she showed up to the "He's Just Not That Into You" premiere with newly darkened locks, she proved that whatever hair color, pretty much every man in the country is into her.

Reaching stardom at the ripe young age of 7 comes with some dangers: growing up in the spotlight, access to drugs, too many boyfriends … and endless hair reinventions. Drew has had every hairstyle in the book, so it comes as no surprise that the "Grey Gardens" star has experimented with the dark side recently (don't worry, we're talking hair here). While she's back to blond, it's hard to say how long she'll stay there. Possibly as long as she'll stick with on-again-off-again BF Justin Long?

Back when Lindsay was just a freckle-faced tween starring in wholesome movies like "The Parent Trap," she refrained from changing her naturally red hair. Her stardom continued to pick up speed in "Freaky Friday" and "Mean Girls" as a redhead, though these days, the rockier her career and personal life seem to get, the more her hair color fluctuates. While she's spent some time mimicking Marilyn Monroe as a blondebombshell, she's definitely experimented with the exotic, dark-haired look. She has since dyed her hair back to red. We hope both her career and hair color stabilize sometime soon!

Reese Witherspoon got noticed in "Cruel Intentions" playing the innocent, untouchable virgin (which is code for a sweet blond girl). From there, she capitalized on her blond locks with her "Legally Blonde" empire. After marrying her blond "Cruel Intentions" co-star, we assumed she'd live happily ever after in her blue-eyed, yellow-haired idyllic life. However, Hollywood has a way of being unpredictable. After she and Ryan Phillippe split, dying her hair dark was her way of trying to shake things up in her world, we assume. Not only did her career continue to thrive, but it attracted a very handsome, brown-haired star Jake Gyllenhaal. Hmm, where can we find her magic brown hair dye?

Model-turned-actress Cameron Diaz first came onto the scene opposite Jim Carrey in "The Mask," playing the definitive blond bombshell. However, it was "Something About Mary" that launched her to a new level of stardom. Not only that, but her hair was, well, a big part of the movie as well. Maybe after all of her repeated shampoos after that shoot, she washed out all the bleach. Either that or she knew that looks like hers translate from blond to brunette without a second thought.

The reigning couture queen Sarah Jessica Parker has proved she can pull off any look. She went through many a hair makeover in her days as Carrie Bradshaw, but always seemed to maintain a similar golden shade. Now that her "Sex and the City" days are behind her (less, of course, the sequel!), she had the freedom (contractually speaking, of course) to show up to the Oscars with a darkened 'do.

The newly married, hit-manufacturing Black Eyed Peas singer Fergie knows how to mix things up. After kicking off a solo career that blew her stardom up and nailing down a hot husband, the pop star ditched the blond locks for a darker look. A change that only a girl who is part Irish, Scottish, Native American and Mexican could pull off effectively. While she might have misgivings about the drastic switch, she knows that "Big Girls Don't Cry" over a little hair dye.

Eva Longoria Parker has dabbled with hair bleaching in the past, but this Mexican-American television star knows that sticking to her roots is the way to go, especially when she plays such a saucy little character on "Desperate Housewives." No blond bimbo could pull off such a firecracker role.

Country singer Jessica Simpson got into the national spotlight when she starred in "Newlyweds" with her then-husband Nick Lachey. Part of her gimmick(well, we'd like to think it was a gimmick) was her bafflingly ditzy personality. Only natural that her blond hair became a big part of her marketable persona. Like many girls after a bad breakup (and many celebrities with hairstylists on call), she tried a new, darker look on for size. Since then she's gone back to the bleach (it's dangerously addictive) and returned to ditzy roles in B-list movies (like "The Dukes of Hazzard" and "Blonde Ambition"). Maybe she should've stuck it out with the brunette look.

Nicole Richie has come a long way from her "Simple Life" days. The ex-bad girl, current mom of two (1.5, really) is now a young entrepreneur who spends much of her time with her hubby, Joel Madden, and daughter, Harlow. She symbolically stepped away from her wild-and-crazy blond-girl days by dying her hair a rich chocolate brown. Ditch the black eyeliner and pair the dark locks with a little silvery eye shadow, and you got yourself one hot "take me seriously" makeover. 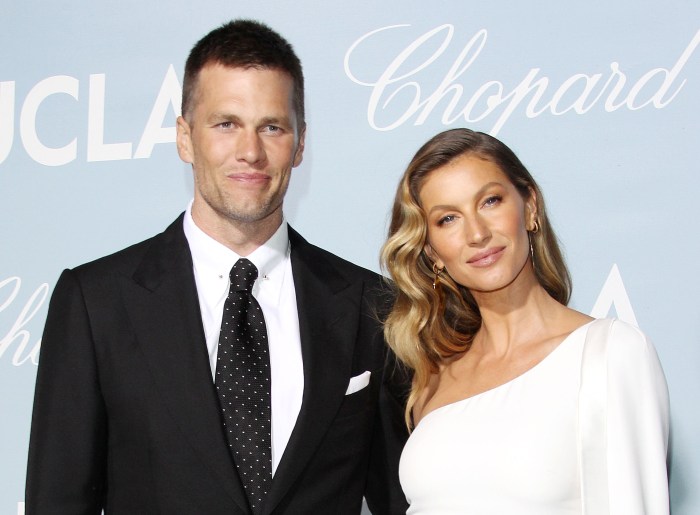