Everyone knows that Katie Holmes, Michelle Williams, Joshua Jackson and James van der Beek got their starts on "Dawson's Creek." But there are loads more celebs who guest-starred on the teen drama back in the day. To mark the 20th anniversary of the series' debut on Jan. 20, 1998, Wonderwall.com has rounded up some of the now-famous faces who popped up in Capeside.

RELATED: "Buffy the Vampire Slayer" stars: How they've changed over the years

Seth Rogen and Busy Philipps got their starts together on the short-lived series "Freaks and Geeks" in 1999. Four years later, they shared scenes on a Season 6 episode of "Dawson's Creek." Seth played Bob, a stoner who Audrey (played by Busy) hooks up with while heading to rehab in California.

Gwen Stefani cameoed on "Dawson's Creek" during Season 6 when the gang went to a No Doubt concert, which basically served as an hour-long commercial for the band's 2001 album, "Rock Steady."

RELATED: How music stars got their stage names

Jane Lynch paraded through a number of TV shows in the '90s and early '00s – including "Dawson's Creek." In Season 4, she played Mrs. Witter, Pacey's religious, overbearing mom.

Julie Bowen was only seven years older than James Van Der Beek when she played his free-spirited Aunt Gwen, who invites the gang to stay at her house in Vermont during Season 3. Somehow, we don't think her current character — Claire Dunphy on "Modern Family" — would be happy with her hosting style.

Mimi Rogers guest starred as Helen Lindley, Jen Lindley's mother and a New York socialite, on Season 6 of "Dawson's Creek." Mimi's TV daughter (played by Michelle Williams) eventually grows close to her after an estrangement and moves into her New York apartment.

Melissa McBride might be slaying zombies on AMC's "The Walking Dead," but the actress was once a guest star on "Dawson's Creek." Melissa played two characters on the show — Nina in an 1998 episode and Melanie in two 2003 episodes.

Jack Osbourne palled around with Joey and Audrey at Worthington University for three episodes during Season 6, cameoing as himself. According to the storyline, Audrey grew up next to the reality star's family in Los Angeles.

"The Game" alum Brittany Daniel starred as Eve Whitman on four episodes of "Dawson's Creek" during Season 3. Eve is a mysterious and beautiful newcomer who has a summer fling with Dawson before leaving Capeside.

Jennifer Morrison did a quick stint on "Dawson's Creek" during Season 5 playing Pacey's summer fling, Melanie, a girl who offers him a chance to sail around the Greek Islands. Spoiler alert: He says no.

You might not recognize Tony Hale as Dr. Bronin, the doctor in charge of Dawson's mentor, on Season 4. (He had a lot more hair back then.) These days, Tony stars as bumbling Gary on "Veep."

In between getting his start on "Gilmore Girls" and landing his career-defining role on "One Tree Hill," teen heartthrob Chad Michael Murray played Charlie Todd, a guy who dated — and cheated on — both Joey and Jen on Season 5.

Before scoring starring roles on "Smallville" and "Supernatural," Jensen Ackles had a recurring arc on "Dawson's Creek" during Season 6 playing C.J., Jen's boyfriend who goes on to hook up with Audrey.

Rachael Leigh Cook bared it all (well, as much as a teen show on network TV would allow) during Season 2 of "Dawson's Creek." Her character, Devon, poses as a model in Joey's art class and later plays Joey in Dawson's movie.

Jeremy Sisto's Christopher got thisclose to ending up with Joey Potter in the series finale. But did you really think she wasn't going to end up with Dawson or Pacey?

Before we ever knew her as goth forensic scientist Abby Sciuto on "NCIS," Pauley Perrette was nearly unrecognizable as Rachel Weir, Dawson's blonde, bespectacled therapist from Season 5.

Ken Marino's Professor Wilder taught Joey Potter a thing or two when the pair's student-teacher relationship heated up in Season 5.

Bianca Lawson spent the better part of two decades playing a teenager, so it's no surprise that she did a stint on "Dawson's Creek." Back on Season 3, way before she was Beyonce's step-sister, the actress played Nikki Green, an aspiring student director and daughter of Capeside High's principal.

During the sixth season of "Dawson's Creek," Oliver Hudson played Joey's on-and-off boyfriend, bartender Eddie Doling. The following year, Oliver scored his own WB show, "The Mountain," although it only lasted a year.

Michael Pitt played Henry Parker, a freshman football player who pines for Jen during Season 3. The actor went on to star on "Boardwalk Empire."

Dr. Drew Pinsky guest starred as a fictional version of himself during Season 6 of "Dawson's Creek." The celebrity doctor has since been featured on a slew of TV shows including "Rachael Ray," "Hollywood Medium," "Dr. Drew on Call" and "Teen Mom."

Adam Kaufman starred as Ethan during Season 3 of "Dawson's Creek," on which he made history. His kiss with Kerr Smith's character was the first gay kiss on an one-hour drama in network history. Adam has gone on to star on "Without A Trace" and "State of Affairs."

Veteran actor Paul Gleason portrayed Larry Newman, a studio head to whom Dawson pitched his movie, during Season 6 of "Dawson's Creek." Paul appeared in numerous films and TV shows, including "Cold Case" and "Malcolm in the Middle," before passing away in 2006. 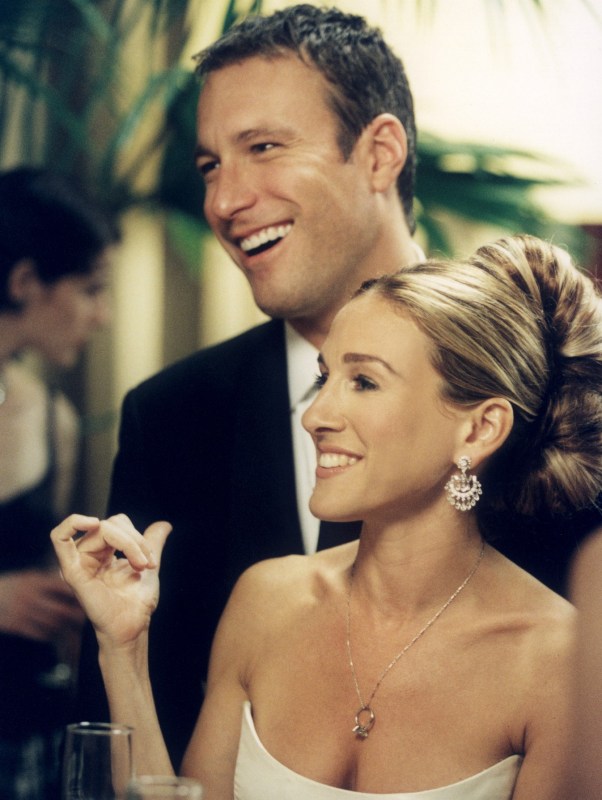