In 2005, Owen Wilson and Vince Vaughn taught audiences about the art of wedding crashing in the aptly named comedy "Wedding Crashers." The actors played divorce mediators based in Washington, D.C., who used weddings as a way to meet women. The comedy chronicled their biggest crash yet — the nuptials of the daughter of the U.S. Secretary of the Treasury, played by Christopher Walken. The pals soon went from a successful wedding crash to a family infiltration and kept viewers rolling with laughter the whole way through. In honor of the 15th anniversary of the film, Wonderwall.com is taking a look at how the lives of its stars have changed since it came out on July 15, 2005. Keep reading to find out…

Vince Vaughn played Jeremy Grey, a divorce mediator by day and wedding crasher by night in the 2005 film.

After "Wedding Crashers," Vince Vaughn starred in a number of comedies including "The Break-Up," "Four Christmases" and "The Internship," which saw him reunite with "Wedding Crashers" co-star Owen Wilson. He then turned toward more dramatic roles in projects like "Hacksaw Ridge" and HBO's "True Detective" alongside another "Wedding Crashers" colleague, Rachel McAdams. More recently, he popped up in "Fighting With My Family" and on HBO's "Curb Your Enthusiasm" for a multi-episode arc. As for his personal life? In 2005, Vince became tabloid fodder when he dated Jennifer Aniston. However, the two split in late 2006. In 2009, he proposed to Canadian realtor Kyla Weber, whom he married in 2010. They have two children, Locklyn and Vernon. Vince has mostly stayed out of the public eye when he's not working, save for a June 2018 incident that saw him arrested at a drunk driving checkpoint in Manhattan Beach, California. In 2019, he pleaded no contest to an alcohol-related reckless driving misdemeanor charge and was sentenced to summary probation for three years, an alcohol program and fines.

Owen Wilson has appeared in a number of comedies since "Wedding Crashers" including "the "Night at the Museum" films, "Marley & Me," "Midnight in Paris," the "Zoolander" sequel and more. He's also done extensive voice work in movies such as "Cars," "Fantastic Mr. Fox" and "Free Birds." In 2007 on the heels of a failed romance with his "You, Me and Dupree" co-star Kate Hudson, Owen endured a mental health crisis that led him to seek treatment for depression after he survived a suicide attempt. His health improved and in 2011, Owen welcomed son with then-girlfriend Jade Duell. He had another child with personal trainer Caroline Lindqvist in 2014 and in 2018 welcomed a daughter with ex-girlfriend Varunie Vongsvirates, who in 2019 claimed Owen provides for his daughter but had not yet met her. In 2020, Owen is due back on the big screen in another rom-com, "Marry Me" (pictured) co-starring Jennifer Lopez.

The role of Claire Cleary, one of Secretary Cleary's daughters, was played by Rachel McAdams.

Following "Wedding Crashers," Rachel McAdams was on top of the world. She was starring in movies like "Red Eye" and "The Family Stone" and was dating her "The Notebook" leading man Ryan Gosling. She took a break from acting after this run, returning in 2008 and subsequently starring in movies like "Sherlock Holmes," "Midnight in Paris" (with her "Wedding Crashers" love interest Owen Wilson), "Spotlight" (for which she earned an Oscar nomination), "Aloha" (with "Wedding Crashers" co-star Bradley Cooper) and her most recent project, the 2020 Netflix musical comedy "Eurovision Song Contest: The Story of Fire Saga" co-starring Will Ferrell. After high-profile romances with co-stars Michael Sheen and, reportedly, fellow Canadian Taylor Kitsch, she fell for "We Are Marshall" screenwriter Jamie Linden in 2016 and welcomed their son in 2018.

Isla Fisher really broke out in Hollywood with her role in "Wedding Crashers" and was able to follow it up in the years to come with parts in "Hot Rod," "Horton Hears a Who," "Confessions of a Shopaholic," "The Great Gatsby" and, more recently, "Arrested Development." In addition to acting, the Australian actress has written a family book series that kicked off with "Marge in Charge." She's been in a relationship with actor-comedian Sacha Baron Cohen since 2002. They married in 2010, a few years after she converted to his faith, Judaism. The two have three children together and split their time between Los Angeles and London.

Christopher Walken's life has remained steadfast since he played Secretary Cleary in "Wedding Crashers." He remains married to former casting director Georgianne Thon, with whom he's raised cats rather than kids: The two chose not to have children in part so he could have a prolific career, he's said. Christopher has stayed busy, doing voice work in movies like "The Jungle Book," stage work in projects like Broadway's "A Behanding in Spokane" and TV's "Peter Pan Live," and of course, in films like "Hairspray," "Stand Up Guys" and "Irreplaceable You."

The matriarch of the Cleary family, Kathleen, was played by Jane Seymour.

Since playing Kathleen Cleary, Jane Seymour has continued to act, primarily on television, but she's also taken on some different kinds of projects. In 2007, she competed on "Dancing with the Stars," coming in sixth place. In 2018 at 67, she became the oldest woman to be photographed for Playboy. This shoot marked her third time posing for the men's magazine. She divorced fourth husband James Keach — the father of her twin sons (she also has two older kids) — in 2013 after he was caught in a cheating scandal. Jane, who appeared on "The Kominsky Method" in 2019, continues to paint and to write, counting children's, self-help and inspirational books in her bibliography.

Scene stealer Ellen Albertini Dow, who played outspoken Mary Cleary in "Wedding Crashers," passed away at 101 in 2015 from pneumonia. Her acting career took off when she was in her 70s, and she continued to act well into her late 90s, appearing on shows like "Family Guy," "Shameless" and "New Girl."

Following the success of "Wedding Crashers," Keir O'Donnell was invited to join co-star Vince Vaughn on his "Wild West Comedy Show" tour. He's continued to act in smaller capacities and reunited with "Wedding Crashers" co-star Bradley Cooper thanks to a small role in 2014's "American Sniper."

When Bradley Cooper appeared in "Wedding Crashers," he was mostly known for his work on TV's "Alias." Four years later, his career exploded after he starred in "The Hangover." Bradley has since earned eight Academy Award nominations for acting or producing for his work with projects including "Silver Linings Playbook," "American Hustle," "American Sniper," "A Star is Born" — which he wrote, directed and starred in — and "Joker" (he produced the hit). He's also been nominated for two Grammys, a Tony Award and six Golden Globes. Before he was a major movie star, he married actress Jennifer Esposito but they split after just a few months, shortly after "Wedding Crashers" came out. He's since famously dated Renee Zellweger, Zoe Saldana, Suki Waterhouse and Irina Shayk, with whom he welcomed a daughter, Lea, in 2017. They split in 2019. 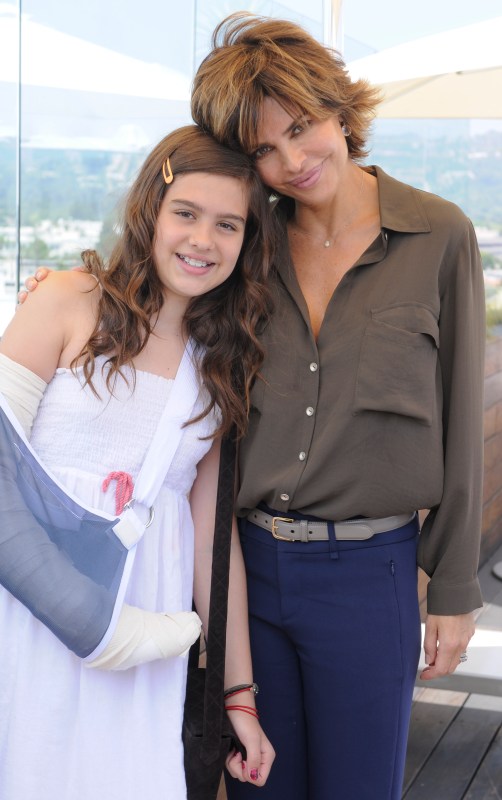