After a long and often contemptuous fight to unseat President Donald Trump, Joe Biden and Kamala Harris won the 2020 election on Saturday, Nov. 7 — 48 years to the day after Biden was first elected to the U.S. Senate, according to the Associated Press. By early Saturday afternoon, shortly after the AP named Biden the projected winner, the former V.P. had at least 279 electoral college votes to Trump's 214, and had scored a popular vote margin of more than 4 million. On Jan. 20, 2021, both Biden and Harris will make history as Biden, who turns 78 this month, is sworn in as the nation's oldest president and Harris becomes the first woman to serve as Vice President. The 2020 election itself, meanwhile, was historically polarizing, thanks to deep divisions over how to handle the coronavirus pandemic, a national reckoning on race relations and more. Keep reading to see how Hollywood reacted to the news on social media …

RELATED: Celebrities vote in the 2020 election

"I WON THIS ELECTION, BY A LOT!" –Donald Trump, in a post to which Twitter affixed a warning saying the race may not have been called yet

"If what Trump and the GOP are saying is true, America is is in the midst of an unconstitutional coup the likes of which the republic has never seen. Urgent action would be required. So the president… golfs." –Jon Cryer

"No honey. You lost. By a lot." —Chelsea Handler, replying to Trump's tweet claiming to have won the election on Nov. 7

"My god it feels like I just took off a weighted blanket, unhooked my bra and taken out my extensions all at once." —Chrissy Teigen

"C'mon!! All the known, before the election, swing states are the ones having trouble and not able to count in one day?! .. That doesn't raise questions with anyone other than Trump voters? Come on now.. C'mon. Cooooooooome oooooooooon" –Kirstie Alley

"Let's get to work, America. It's time to hold the people in charge accountable. It's time for them to listen. And it's time for actual change in our policies and practices." –Lizzo

"Now THIS is a PARTY IN THE USA! @JoeBiden @KamalaHarris" —Miley Cyrus

"This is a good day for the country we love. Congratulations to @JoeBiden & @KamalaHarris and thanks to the lifelong Republicans whose conscience would not permit this to go on. May God bless America." —Jimmy Kimmel

"Our 46th president, @joebiden !!!!♥️🇺🇸🗳 I've been waiting to post this photo because I knew deep down you would be our next President. Today we celebrate the millions of Americans who overcame barriers to the ballot box, mobilized their communities and voted in record breaking numbers. This was OUR election and WE WON TOGETHER. There's still a lot of work to be done, but today we will celebrate each other." —Demi Lovato

"The people have spoken! Thank you to everyone who used your vote and your voice to make history. PRESIDENT Joe Biden and VICE PRESIDENT Kamala Harris" —Kerry Washington

"CONGRATULATIONS TO PRESIDENT-ELECT JOE BIDEN AND VICE PRESIDENT-ELECT KAMALA HARRIS" —Beyonce, sharing a photo of Biden and Harris wearing masks as they high-five beneath an American flag

"America! We have given ourselves an opportunity for a reset. Let's get to work!" —Jada Pinkett Smith

"Let's come together now and do this as a COUNTRY!!!! 🙂 Orchestras have a conductor to help everyone play together." –Brian Austin Green

"Congratulations Mr. President! ⁦@JoeBiden – one of the truly decent and moral men I've ever had the privilege of knowing. Please lead our nation bravely towards healing and bipartisanship. ♥️🙏🏻" –Meghan McCain 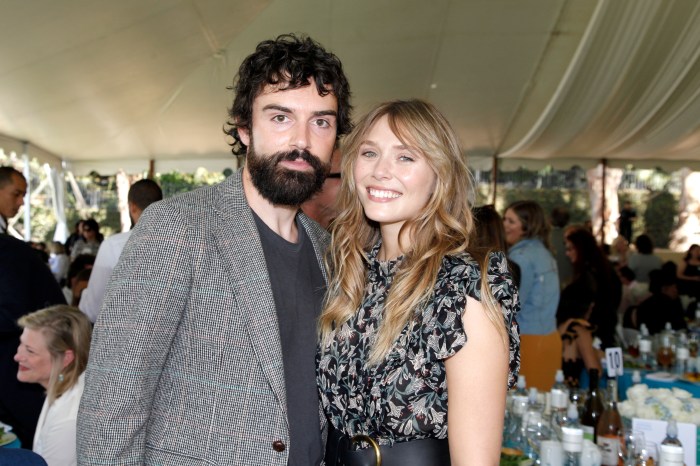 Up Next Marriage Reveal