In honor of the 2019 Country Music Association Awards on Nov. 13, Wonderwall.com is heading back in time to see what the red carpet looked like a decade ago in 2009. First up? Taylor Swift, who was the big winner at the 2009 CMA Awards during a period when she was strictly singing country tunes! The superstar arrived looking regal in this delicate strapless gown with a sweetheart neckline, gold embellishments and an ethereal tulle skirt. Not only did she win best dressed of the evening, but she also took home awards for entertainer of the year, album of the year (for "Fearless"), female vocalist of the year, music video of the year (for "Love Story") and international artist achievement. Keep reading to see more stars at the 2009 show…

Reba McEntire sure sparkled at the 2009 CMA Awards! The legend was wearing this thin-strapped sequined black gown the night she lost out on female vocalist of the year to Taylor Swift.

Jennifer Nettles from Sugarland certainly looked elegant at the 2009 CMA Awards. The singer arrived in this beautiful strapless black gown with a mermaid silhouette featuring tiered ruffles and a glamorous train. She and her bandmate won the vocal duo of the year prize that night but their album "Love on the Inside" lost out to Taylor Swift's "Fearless" for album of the year.

Billy Currington kept things buttoned up back in 2009! He wore a classic black suit with a dress shirt, tie and dress shoes — sharp and simple. That year, the singer was up for single of the year and music video of the year for "People Are Crazy."

Miranda Lambert hit the 2099 CMA Awards red carpet in a sparkly black number and soon after lost out to Taylor Swift for female vocalist of the year.

Nicole Kidman was on hand to support husband Keith Urban. She arrived in this pretty hot pink design. From the cap sleeves to the fitted silhouette, this look stood out amongst a sea of black dresses that year.

The first couple of country music, Tim McGraw and Faith Hill, arrived on the red carpet in glam attire. Tim opted for a suit with a skinny tie topped with a cowboy hat, while Faith rocked this elegant strapless design with layered necklaces and matching dangly earrings.

2009 CMA Awards co-host Carrie Underwood opted for a metallic design with spaghetti straps as she hit the red carpet. She lost the female vocalist of the year award to Taylor Swift that year.

LeAnn Rimes wore white to the 2009 CMA Awards — a ruched design with thick straps and a tapered skirt that showed off her black peep-toe pumps.

Brad Paisley hosted the festivities alongside Carrie Underwood, opting for a half-dressy, half-casual ensemble on the red carpet. Underneath his suit jacket and dress shirt he wore jeans and cowboy boots. Topping things off? A white cowboy hat.

Kimberly Williams-Paisley brought a multicolored look to the red carpet — this halter-style design with graphic splashes of color in navy, maroon and other dark hues.

Lee Ann Womack rocked a strapless black minidress with a ruffled neckline and an embellished belt. She completed her look with dangly earrings and peep-toe pumps. Unfortunately, she lost out in the category of musical event of the year — twice — despite being up for "Everything But Quits" with George Strait and "Til the End" with Alan Jackson. Brad Paisley and Keith Urban's "Start a Band" won.

New artist of the year winner Darius Rucker wore a shiny jacket, jeans and cowboy boots to his first CMA Awards in 2009. Though he took home that big newbie honor, he lost out to Brad Paisley for male vocalist of the year.

Martina McBride lost out to Taylor Swift for female vocalist of the year in 2009 but she still looked like a winner in this strapless gown with black-and-white detailing on the bodice and a pretty pearl-hued skirt with dramatic draping.

Country legend Randy Travis kept things sharp and sophisticated in a black suit and tie with black dress shoes at the 2009 CMA Awards. Later that night, his "I Told You So" lost out in the song of the year category to "In Color" by Jamey Johnson, Lee Thomas Miller and James Otto.

Jason Aldean and then-wife Jessica attended the 2009 CMA Awards together. Jessica opted for a green halter-style gown while Jason rocked a mostly casual look with a velvet jacket, jeans and a cowboy hat and boots.

Rodney Atkins kept things way too casual in jeans and a black jacket, which he accessorized with a baseball hat and some boots.

The late Joey Feek arrived at the 2009 CMA Awards with husband Rory Feek, her bandmate in Joey + Rory. She wore this golden-hued gown while Rory donned his trademark overalls and a bold teal shirt. The duo lost out in the vocal duo of the year category to Sugarland.

Lady Antebellum won vocal group of the year and single of the year for "I Run to You" at the 2009 CMA Awards. The group coordinated in gray and silver ensembles, with Charles Kelley donning a gray three-piece suit, Hillary Scott arriving in a sleek silver minidress and Dave Haywood choosing a gunmetal gray suit.

Though Jake Owen lost out in the new artist of the year category to Darius Rucker, he certainly looked like a winner in this checkered suit jacket.

Music video of the year nominee Ashley Monroe, who was up for her song with the Raconteurs and Ricky Skaggs, "Old Enough," opted for a minidress at the 2009 CMA Awards. She paired the cream-hued frock printed with a purple design with embellished black heels.

Kellie Pickler's metallic frock featured just one thin strap as well as embellishments at the neckline.

It was all black for Luke Bryan at that year's festivities — even down to his dress shirt and tie!

Jennette McCurdy rocked an LBD at the 2009 CMA Awards. Her one-shouldered short frock featured a belt detail and paired perfectly with black pumps.

"American Idol" alum Danny Gokey, who came in third on the most recent season at the time, rocked a three-piece suit with a lilac dress shirt and boots.

Kris Kristofferson kept things cool in all black with some worn-in boots.

Michelle Branch arrived in this teal blue minidress. The frock had cap sleeves, an embellished neckline and a belt detail that set it apart. The singer-songwriter paired it with strappy black heels.

"American Idol" alum Diana DeGarmo arrived in this hot pink confection complete with a slit and metallic piping that matched her gold shoes. 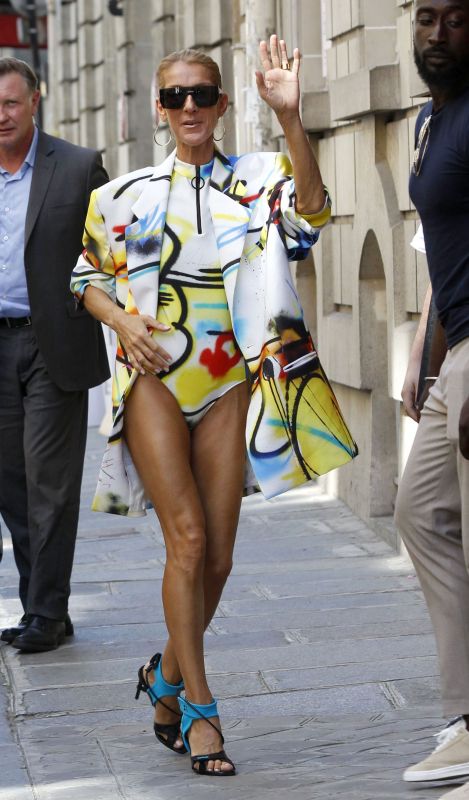 Up Next Her style will go on