Last month, Alec Baldwin and his wife, Hilaria Baldwin, announced they're expecting their seventh child together. The new addition will make Alec, 64, a father of eight (he shares daughter, Ireland Baldwin, 26, with his ex, Kim Basinger), and it seems the news has led to some questions about Alec and Hilaria's motivation to have so many kids. On Thursday, April 14, the "30 Rock" alum tried to explain it to his Instagram followers. "People ask why," he wrote alongside a video of his youngest daughter, Maria, making happy, gurgly baby sounds and showing off her brand new baby teeth. "This is why. Being a parent is the ultimate journey," the actor wrote. In the comments, Alec's brother, Billy Baldwin, supported the sentiment, writing, "The smile, giggles, joy… ❤️." In addition Maria, 1, Alec and Hilaria, 38, share Carmen, 8, Rafael, 6, Leonardo, 5, Romeo, 3, and Eduardo, 1. "Our new baby is a very bright spot in our lives," Hilaria posted as part of her baby news last month. "A blessing and a gift during such uncertain times."

Keep reading for a 'Kardashians' bombshell from Scott Disick, the latest on Johnny Depp and Amber Heard's trial and more …

Hulu's new series, "The Kardashians" aired on Thursday, April 14, and as you might expect, it was chock full of bombshells. Among them was Scott Disick's first real acknowledgement of how he feels about his ex, Kourtney Kardashian's engagement to Travis Barker. "Now that Kourtney's got her life with Travis, like, as hard as it is, it does give me a place to finally be able to move on," Scott tells Khloe Kardashian at one point in the first episode. After Travis popped the question to Kourtney in October 2021, fans were so concerned about Scott — who Khloe says later Scott is clearly "still in love with" her sister — that they flooded social media with calls for someone to check on him and make sure he was OK. Kourtney and Scott share three kids and he's remained part of her life — and her family's — for years. During his chat with Khloe, Scott confessed there's a new distance between the former couple, one he felt keenly aware of when he wasn't invited to a family barbecue prior to the engagement. "Feeling left out and not being told anything is super hurtful. Especially when I don't have another family to go to," he explained to Khloe. Scott went on to say he "always kind of had one foot in the door" with Kourtney because their family and friends assumed they'd end up together and told him that regularly. "Everyone knows he's still in love with Kourtney, it's not a secret," Khloe said in a separate, solo interview. "But this is 100 percent the happiest I've seen Kourtney." Scott, meanwhile, said in a solo interview that Kourtney has every "right to despise" him for the "horrible" way he treated her when they were together. "It was a huge adjustment losing Kourtney romantically, but now it's becoming a huge adjustment losing her as kind of a best friend," he told the camera. "Now we're really just more of co-parenters. I would say it's probably one of the more difficult things in my life."

Amy Schumer is clearing up one more thing about that Leonardo DiCaprio crack she made at the 2022 Oscars — Leo apparently gave her a green-light on the line in advance. While co-hosting the show last month, Amy took jab at the "Don't Look Up" star's well-documented history of dating much younger women. "He's done so much to fight climate change and leave behind a cleaner, greener planet … for his girlfriends," she said at the time. "Because he's older and they're younger. OK … you get it." Amy was dragged a bit on social media by users who pointed out a similar joke had gone viral on Twitter (she has since denied she stole that or any other jokes in back-to-back interviews). The comic was asked about the joke again during an appearance on Howard Stern's April 13 show, where she said she gave Leo, 47, and his 24-year-old girlfriend, actress Camila Morrone, a heads up before she used it onstage. "[Leo] said, 'Go ahead,'" Amy told the shock jock. "They didn't care. And his girlfriend, Cami, is the s***. She's actually the coolest b**** you'll meet."

Johnny Depp's defamation trial against his ex-wife Amber Heard entered its fourth day in Fairfax, Virginia, on Thursday, April 14, with the pair's former marriage counselor telling the court there was "mutual abuse" between Johnny and Amber during their relationship. Johnny's suing Amber for $50 million over her 2018 Washington Post op-ed, in which she discussed her personal experiences surviving sexual assault and domestic abuse. Because she'd previously alleged Johnny assaulted her — he has denied those allegations repeatedly — the actor says the piece defamed him even though his name was never used. This week, the jury heard a recording of a deposition from Dr. Laurel Anderson, who said she counseled the two in 2015. Asked if she knew of "violence from Mr. Depp toward Amber," the doctor replied, "Yes, you're right," according to People. "He had been well controlled, I think, for almost, I don't know, 20, 30 years. Both were victims of abuse in their homes, but I thought he had been well controlled for decades. And then with Ms. Heard he was triggered, and they engaged in what I saw as mutual abuse." She said Amber occasionally started their fights, in part out of her fear of abandonment. The therapist recalled Amber telling her, "If [Johnny] were going to leave her to deescalate the fight, she would strike him to keep him there because she would rather be in a fight than have him leave." She also confirmed she saw small bruises on Amber's face at one point. The "mutual abuse" testimony comes after Johnny's close friend and neighbor, Isaac Baruch, confirmed during a cross-examination that Johnny had authored a disturbing text in which he said he hoped Amber's "rotting corpse is decomposing in the f—— trunk of a Honda Civic." He also said he "never saw or witnessed" Johnny assault Amber, "ever."

John Travolta marked what would have been his late son, Jett's 30th birthday on Wednesday, April 13, with a loving message and throwback father-and-son photo on Instagram. "My dearest Jetty, I miss you more than words can say," John, 68, wrote in the caption. "I think about you everyday. Happy Birthday. Love, your Dad." John and Kelly's 22-year-old daughter, Ella, wrote in the comments, "Happy birthday, Jetty. We love you so much." John and his wife, Kelly Preston, had been vacationing with Jett in the Bahamas in January 2009 when the 16-year-old died after suffering a seizure and hitting his head on a bathtub. It would be the first of two devastating losses for the family. In July 2020, a rep for the Travoltas confirmed to People that Kelly, John's wife of three decades, had lost her private, two-year battle with breast cancer at 57. John and Kelly also share an 11-year-old son, Benjamin.

After losing his bid to get police protection while visiting family in London, Prince Harry has reportedly made a pit-stop in London to see his grandmother, Queen Elizabeth, and father, Prince Charles. And for the first time since their controversial Oprah Winfrey interview, Harry's wife, Duchess Meghan, joined him on the visit. That's according to TMZ, which reported this week that the Duke and Duchess of Sussex had a layover in London on their way to the 2022 Invictus Games in the Netherlands. Insiders tell the outlet Harry and Meghan ended up meeting with the queen and Prince Charles, seemingly to start making peace with the royals after the Sussexes stepped down from their roles as senior royals, moved to California and made bombshell claims about the royal family in a televised interview with Oprah. Reports of their visit with Charles and the queen, who is 95 and has been battling health issues, come after Buckingham Palace announced the monarch won't attend the traditional Easter Sunday services with the family this weekend. Harry and Meghan are not believed to have traveled with their kids, Archie and Lilibet.

Earlier this week, "Twin Peaks" director David Lynch quashed rumors he has a top-secret new film heading to next month's Cannes Film Festival. He does have a new project in the works, though, and it's an ambitious one. On Thursday, April 14, the director announced he and his eponymous foundation have teamed up with the Global Union of Scientists for Peace and Maharishi International University to launch a $500 million initiative to train 30,000 college students around the world in to, "become advanced peace-creating meditation experts and build a legacy of lasting global peace," according to a press release. The director's David Lynch Foundation has worked since 2005 to train adults and children in transcendental meditation, a practice studies have shown can help reduce stress and stress-related diseases as well as the effects of PTSD and other mental health issues. In the announcement, David and his team also point to reductions in violence and improvements in education in communities where his foundation has brought their meditation training. Now, he's aiming to use the practice to achieve world peace. "We don't know what tomorrow's gonna bring if we don't get peace on this planet," he says in a call-to-action video, urging philanthropists to support the initiative. "This war in Ukraine … people were saying it's not gonna happen, and now it's happened. People are dying. Cities are being destroyed," he says. "Things are very, very precarious. Everybody knows it." The "University of Peace" trainees will "include 10,000 students at Maharishi International University in the U.S., 10,000 at the sister school in India and 10,000 at partner universities in 10 major hotspots around the world," according to the release.

New dad Lance Bass shares an update on his twins

*NSYNC alum Lance Bass says he and his husband, Michael Turchin, are adjusting just fine to parenthood five months after they welcomed twins Alexander and Violet via surrogate. "I'm just so obsessed with them," the singer, 42, recently told People. "Every friend's like, 'Look, enjoy every second because it'll fly by like no other and you'll miss this stage.' I'm already getting teary-eyed because they're already 5 months and I can see that it's just flying by right now." Like so many other parents who welcomed kids during the pandemic, the singer's also grateful to have had a "special" first few months with his little ones, telling the outlet, "I haven't had to worry about other outside things really kind of interrupting my time with them." While the twins are now his main focus — "when you have kids, your perspective completely changes," he says — Lance admits the sleep deprivation is real and he has leaned on family for the occasional breaks from parenting two infants. Lance and Michael tied the knot in 2014; they welcomed their little ones last year. 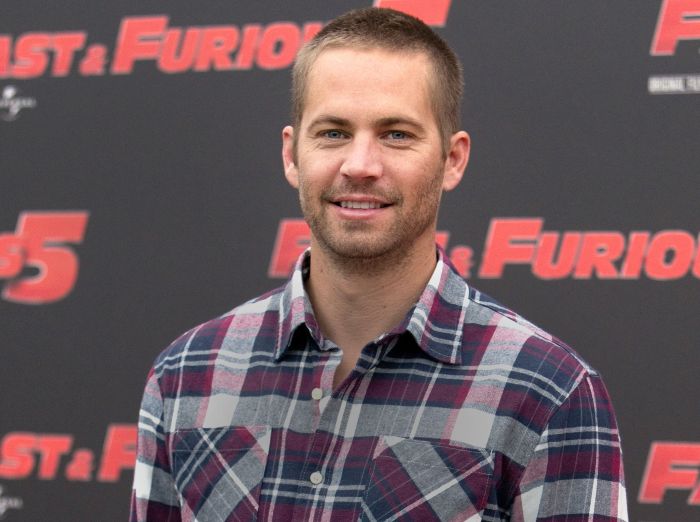