Brooke Burke and David Charvet are calling it quits

After nearly seven years of marriage, Brooke Burke and David Charvet are throwing in the towel. TMZ reports Brooke filed for divorce from her "Baywatch" alum husband on Friday, April 6, in Los Angeles. The split news comes a few years after tension related to their neighbor, "Bachelor" creator Mike Fleiss, started to brew, although it's unclear what caused them to go their separate ways. Brooke and David said "I do" in 2011 in St. Barts, years after their 2006 engagement. They share two children.

Coachella-goers are in for a serious sensory overload when Beyonce takes the stage next weekend. According to TMZ, Bey decided this week that the 12 backup dancers she's been rehearsing with aren't enough for the performance she has planned. The singer is now reportedly planning to appear with no less than 100 dancers. Given the new numbers, she's moved her 11-hours-a-day rehearsals to a studio big enough to accommodate everyone. And if you're hoping more dancers means more possibility of a pre-show hint about what fans can expect at the festival, think again. All the dancers have signed non-disclosure agreements and sources tell TMZ not even the top brass at Beyonce's label knows what she has in the works. The queen hits the mainstage at the polo grounds in Indio, Califorinia, Saturday, April 14.

RELATED: The most memorable Super Bowl Half Time shows in history

Kylie Jenner's still on a mission to drop more of her baby weight she gained. Despite having somehow nixed her bump within a month of Stormi's February birth, she told her followers this week she has work to do in the weight loss department. Not that she's letting it interfere with the occasional indulgence. A Snapchat video Kylie posted (via E! News) on Thursday, April 5, Kylie shows a tray of perfectly browned rolls coming out of the oven and revealed she's lost half of the 40 pounds she's said she put on while pregnant with her first child . "I need to lose 20 pounds," she says in the clip, "but this just looks too good!"

Is that a bump under there? Hard to say. Cardi B wasn't about to confirm or deny pregnancy rumors as she embarked on a round of appearances in New York City on Thursday, April 5, and her body language didn't let on much, either. "I feel like people just got to tune in a little bit on my album and they will know a little bit more because I can't address all the rumors and everything," she told Ebro Darden on Beats 1 on Apple Music (via the Daily Mail). "I have been so open to people about myself. People cannot expect me to be open about everything. Certain things to me, it has to be private. You cannot invade my privacy." Though the statement served well as an album plug (the record is called "Invasion of Privacy"), she also sounded genuinely frustrated at the buzz around her personal life with her fiance, Offset. "I'm not a damn animal at the zoo that you just could see everything, no," she spat. "People will just find out more. If it arrives, if it don't arrive, then you gonna know what the f— is going on." As TMZ reported after rumors she and Offset were expecting surfaced, Cardi could potentially be forced to forfeit some major income-generating deals if she's pregnant.

Justin Bieber says he has no regrets about tattoos, seemingly forgetting the Selena Gomez ink

Justin Bieber might need to reconsider his wording on a recent Instagram post celebrating his body art. "If [tattooing] didn't hurt everyone would have them," he captioned a shot of his torso and arms. "Well maybe not [everyone]!! Over a hundred hours of [hard] work on my body and I wouldn't take back a single one.. I ABSOLUTELY LOVE ART AND I'VE MADE my body a canvas and it's SO MUCH FUN." As suspicious fans soon pointed out, the part of his arm where he was once got an image of Selena Gomez was carefully cropped out of the photo. Followers flooded his comment section with questions about the Selena tat, which he told GQ he "kinda tried to cover her face up with some shading, but people still know." That was in 2016, when the two had split. By last fall they started seeing each other again although they seem to be decidedly off-again these days. Maybe stick to the Jesus tats, Biebs.

Cindy Crawford opens up about becoming a model matriarch

With a new cover out for Town&Country, Cindy Crawford relaxed with her pooch, Widget, this week, sharing a makeup-free photo as she reclined on what she joked was her "puppy pillow." In other posts from the eternally gorgeous 52-year-old's Instagram, she shows off some of the beach pics she posed for in the magazine's May issue, which features Cindy opening up about being one of the most famous supermodels in the world while raising two teenage models with bright careers ahead of them. One of the lessons she says she hopes to teach Kaia Gerber, 16, and Presley, 18, is how to be strong in the face of possible coercion on the job. "I've done nude photos, lots. The only ones I regretted were the ones that I kind of got talked into," she says. "I don't want my children to ever look back and think, 'Gosh, I wish I hadn't done that'. I want to empower them to just say, 'I'm outta here'." On the bright side, she says the industry is aware she takes no you-know-what. "As far as being a mother of two young people going into fashion, of course I worry, but let's be honest, my kids are blessed in that business because they aren't coming in as unknowns," she says. "People will know I will come after them if they mess with my kids."

John Krasinski says Emily Blunt is the 'boss' in the relationship

As the promotional cycle for "A Quiet Place" continues, so do the adorable revelations about John Krasinski and Emily Blunt's relationship. We've already learned John — who directed and stars in the thriller alongside Emily, who plays his wife — has earned some enemies thanks to the good fortune he had to "marry up" when he and Emily got hitched. It seems Emily maintains that high-ranking status in her day-to-day life with John. Or, as he put it this week in a chat with the New York Post. "Emily is always the boss and I knew it … In the manual it says that. Luckily, she let me direct, and we went home and she went back to being the boss."

Paparazzi photos taken of Blake Lively and Ryan Reynolds' daughter James outside an Easter party at Martha Stewart's house have been coming down from the Internet for the past few days, thanks to Blake's diligent efforts to protect her children's privacy. That's not just Blake directing a minion to contact those who published the pics, either. The New York Post noticed Blake herself is messaging fans to let them know why it's important to her that her daughter not appear all over the Internet without her permission. In a comment on Instagram user Blake Lively Fan 99's page, Blake wrote, "Thank you for your support but please remove this photo right away," in reference to a pic of the star with James. "It was taken without my knowledge or consent by a man hiding. Thank you!!!!" The user later abided by Blake's request and removed the photo. In a statement to the Post, Blake's rep thanked all publications and websites willing to "cut off the supply chain to help end the stalking of children."

Blake Lively's not the only celeb being extra cautious about strangers' access to and interest in her children. Speaking to PorterEdit for the magazine's latest cover story, Zoe Saldana says she's been saying "no" when asked to pose for a selfie in public in the hopes her sons will learn some safety tips on dealing with folks they don't know. "It has been confusing to [the boys] when they see us approached for a picture; it shifts their behavior. So I talk to that person: 'I'm teaching my sons about strangers, and [taking a picture with you] will be very confusing to them,'" she explains. "The response is 100% receptive. People go, 'My God, we get it,' and walk away, knowing why I turned them down." Zoe also opened up about the down side of playing a superhero, as she has for multiple Marvel films. While she looks at them as opportunities to connect with young people in a positive way, she's frustrated that her peers thumb their nose at the caliber of the projects. "I've been in rooms with people in this industry who are great at what they do, but they're absolutely elitist and they look down at movies like the Marvel films or actors like myself. They think we're selling out in some way," she says. "Every time they speak I feel so disappointed in them, because whenever you see pictures of people in this industry who donate their time to children in need, it's these actors that live in the world that you feel is selling out. It's these actors that understand the role that they play inspires a five-year-old who has one dying wish to meet a superhero. That actor takes time out of their life and sits down with that five-year-old and says, 'I see you, I hear you, and you matter.'"

The dangers of hobnobbing in Hollywood … On the Thursday, April 5 edition of "The Tonight Show," Jimmy Kimmel and Seth Rogen were talking about a moment in his Netflix special "Hilarity for Charity," in which he tells Satan, "I can't be dead. There are so many things I would do differently. I would not have smoked weed with Steven Spielberg that time. He never looked at me as a serious actor again." Asked to elaborate, the proud celebri-stoner admitted that the joke was rooted in fact. "I was at a party, like, an Oscar party maybe, and I had just lit a joint," Seth explained (via the New York Post). Suddenly, Steven Spielberg started walking towards him. Knowing the director's aversion to marijuana, Seth panicked. "I was like, 'Do I stop or do I just hold it? That's weird,'" he recalled. "I just kept smoking it in Steven Spielberg's face as I saw, like, the look on his face where he's just like, 'I'm never working with this mother—— … ever.'" So far, his prediction has held. "That's why I'm not the lead of 'Ready Player One,'" he joked. 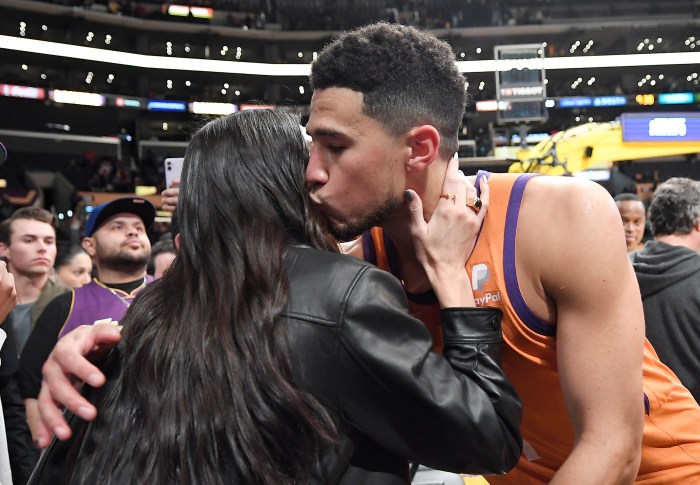