Brooke Shields is certainly keeping things hot on the water this summer. The 54-year-old former model shared a stunning photo of herself on a boat in a bandeau top bikini on Tuesday, July 23, and her fans went bananas over her fit figure. "Boat bum 🚤 in my @flagpole," she captioned the shot. Though she didn't tag where she was boating, it's one of multiple beach, sea and pool shots Brooke's shared over the past few days. Some of the pics have featured her husband, Chris Henchy, and daughters Rowan, 16, and Grier, 13, but the solo selfie — which earned her the apt title, "strong goddess" from one fan — seemed to be making the biggest waves among followers. "My gawd you do. not. age. Stunning," wrote one user (via Page Six ). Another chimed in, "Looking good is an understatement! Wow!" while a third could only manage a "sweet baby Jesus." Yeah, we concur.

Heidi Klum and Tom Kaulitz are planning a small, second wedding for 'friends and family' in Italy: Report

Add one more celebrity couple to the increasingly long list of stars opting for two wedding celebrations. Heidi Klum and Tokio Hotel guitarist Tom Kaulitz got married quietly in Los Angeles on their one-year anniversary, Feb. 22. Now, they're planning a second, larger celebration of their commitment, as Heidi referenced in a recent Instagram post that mentioned her "wedding to do" list. Page Six reports the bride, 46, and her 29-year-old groom will have their more formal wedding in Capri, Italy, next month. : "It's not going to be big," an insider tells the tab, "just family and some friends." Earlier this summer, Sophie Turner and Joe Jonas wed for the second time in Europe surrounded by family and friends after legally marrying at a mostly secret ceremony in Las Vegas. Justin and Hailey Bieber, who have been legally married since last September, are also still planning a larger, more traditional celebration.

Justin Bieber's right eyebrow is becoming one of his new favorite body parts to adorn. Back in November, he and Hailey Bieber got his and hers tattoos, with Justin's reading "grace" in barely-there cursive above his brow. On Tuesday, July 23, he shared a selfie of his latest addition to the same brow: a simple metal bar piercing. According to Page Six, that flash of light peeking out from behind his lower lip is new, too. It's reportedly a diamond-ensconced custom grill by GoldTeethGold. Justin and Hailey reportedly both got pierced at Ancient Adornments in Los Angeles on Sunday. Hailey now has two new studs on her upper ear.

Kanye West is making moves to capitalize on his Sunday Services. TMZ reports the rapper/producer turned designer has filed documents requesting to trademark Sunday Service-branded "clothing, dresses, footwear, headwear, jackets loungewear, scarves, shirts, socks and clothing tops." The website notes that the choirs performing at 'Ye's weekend music events generally wear matching uniforms in the earth tones favored by his clothing design team. The singers are often decked out in Yeezy kicks, as well. How the merch-for-church will go over remains to be seen. Kanye caught some flack after he was spotted hawking merch from his clothing line at Coachella during his Easter Sunday service.

Cindy Crawford's daughter, Kaia Gerber, continues to follow in her supermodel mom's footsteps. Nearly three decades after Cindy's famous appearance in George Michael's "Freedom! '90" video, Kaia, 17, is making her music video debut. According to People , Kaia recently took a break from the runway to star in the video for the new single, "Burnout," by John Eatherly, the frontman for the band, Public Access T.V. In the video, Kaia and actor Oli Green play love interests, while John plays Oli's driver. "One side is about the frustration of feeling like you don't belong and how boring it can be when people all try to fit the same mold," John told People of the song. "The other side is about the romantic 'rockstar' fantasy of living a checked out blissful life of excess. That doesn't tend to end well. The key is to never give a s— about anyone's approval other than your own."

Sorry, Brad Pitt fans. You probably won't ever connect with the "Once Upon a Time In … Hollywood" star on Instagram the way you might be able to with his peers. Asked why he's not on the social media platform at this week's Los Angeles premiere for the new film, he told E! News bluntly: "Never gonna happen," before qualifying that a little bit. "Well, I never say never," he admitted. "Life's pretty good without it. I don't see the point." To be fair, the 55-year-old father of six is busy enough without adding Instagram to his daily routine. In addition to the Friday, July 26, of "Once Upon a Time," he's set to appear in "Ad Astra" later this year and is rumored to be in pre-production mode for "Babylon," along with a slew of forthcoming films on which he has a producer or executive producer credit. The children he shares with Angelina Jolie are also reportedly staying with their dad for much of the remainder of the summer.

After more than a decade of playing Penny Hofstadter on the very PG-rated "Big Bang Theory," Kaley Cuoco is all about her new role as the voice of Harley Quinn in DC Universe's forthcoming animated series of the same name. For one thing, her script requires a lot of cursing. "I f—— love it," she says, using an a propos swear word. "It has been so much fun, because like [costar] Lake [Bell], I have a little bit of a potty mouth myself. It's been great to be able to just scream and cuss and fight and be the badass that Harley Quinn is," Kaley told Us Weekly at the TCA press tour on Tuesday, July 23. "It felt natural," she said of taking the part. "It felt like the right move, and it's just been a blast, to be honest. And [it's] another opportunity for me to mark my producing skills and that's the new path that I'm wanting to take." As for playing an actual comic book character after all those playing someone whose closest friends are total comic nerds? "I think they would think it was the hottest thing in the world," Kaley said. "Harley Quinn" hits the DC Universe streaming platform later this year.

Gwen Stefani announced on Tuesday, July 22, she has canceled her Wednesday Las Vegas residency performance at Zappos Theater at Planet Hollywood. "I am so upset to share that I am unwell & will not be able to perform my Vegas residency show tomorrow night," Gwen told fans in an Instagram post. "I was so looking forward to seeing everyone & performing & I wish I wasn't feeling the way I do. To everyone who was coming to Wednesday's show, I am so sorry. I am doing everything I can to be back on stage on Friday," she added. The singer didn't share any further details about her condition or health, but she was well enough to perform alongside Blake Shelton over the weekend at the California Mid-state Fair in Paso Robles, so the illness or discomfort presumably came on suddenly. Gwen's residency began last year and is scheduled to run through late 2019.

Congrats are in order for singer Natalie Imbruglia. On Wednesday, July 24, the "Torn" singer posted two major announcements on her Instagram, telling followers she's headed back to her former label — and she's about to become a mother for the first time. "I'm very happy to announce that I have just signed a record deal with BMG!! What an AMAZING team. I have been busy writing for the past year and a half and can't wait to share these new songs with you all!!!!" she wrote, referencing music she began teasing last fall. In addition to a photo that appeared to show Natalie alongside members of her new music team, she shared a second photo that distinctly showed she's pregnant. "And as you can see from the pic.. there is another announcement… (no I haven't swallowed a watermelon)," she joked. "I'm expecting my first child this Autumn. For those of you that know me, this has been something I have wanted for a very long time and I'm blessed that this is possible with the help of IVF and a sperm donor-I won't be saying anything more on that publicly. I'm so excited about this next adventure… a new album and I'm going to be a mum!"

Brooke Burke on why she refuses to 'do mom guilt'

"I don't do mom guilt." So says Brooke Burke in a new interview with Us Weekly. "I think that guilt is a choice. … It's toxic, it's useless," she explains. "I believe in remorse. I do believe in hindsight. I do believe in learning from life's challenges, but I think that as women we need to give ourselves freedom to make ourselves a priority." The assertion comes at a time when celebrities, in particular, find themselves the victims of parent-shaming online. As a mother of four — Brooke shares Shaya, 11, with her ex-husband Garth Fisher, and Neriah, 19, Sierra, 17, and Heaven, 12, with her other ex-husband David Charvet — has come to see how important it can be to avoid guilt when it comes to motherhood and for Brooke, that often means ensuring her kids see her as "mom, not as a friend," she says. "We're all allowed to live our best lives and our best selves as women, as working women, as mothers, as daughters, [as] sons," the former "Dancing With the Stars" host adds. "Guilt is beating yourself up for things that you want to do and you don't think you're worthy of. So I don't do that on any level. I'm a working mom and I have a lot of responsibilities at home, but I get it all done," Brooke continues. "The willingness to not be liked in the process of raising children is a big deal." 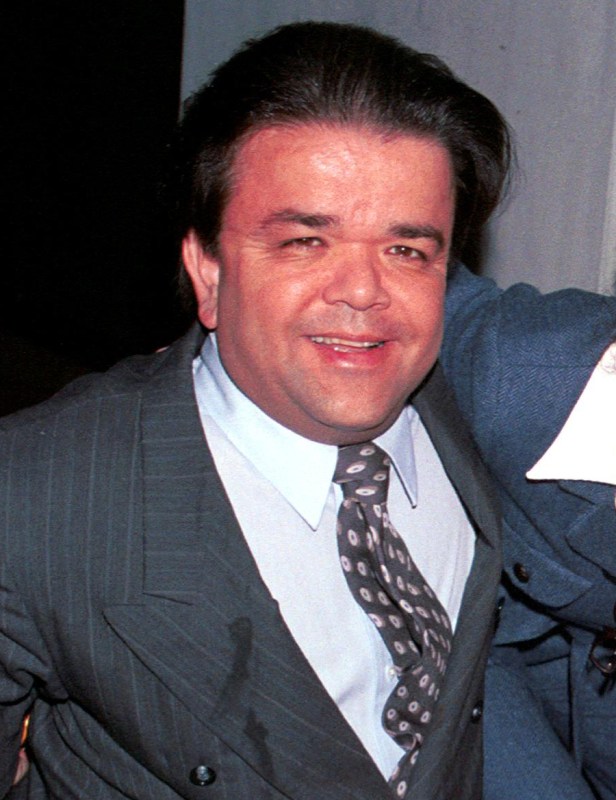