More than 1 million accounts have been muted by Chrissy Teigen, and the reason stems from an unfounded online conspiracy. On July 14, the model and "Lip Sync Battle" star unloaded on Twitter after a major purge of tweets. For months, conspiracy theorists have perpetuated a claim that Chrissy's name appeared on dead convicted pedophile Jeffrey Epstein's flight logs, something she has confirmed is not true. But the conspiracy has picked up steam since the arrest of Epstein associate Ghislaine Maxwell. "I actually deleted 60,000 tweets because I cannot f—ing STAND you idiots anymore and I'm worried for my family," the cookbook author wrote after a troll asked her about deleted messages. Chrissy went on to call the wannabe Internet sleuths "LOSERS." Turns out, Chrissy wasn't finished cleaning up her social media accounts yet. "I have block chained over one million people, ONE MILLION people today and I am still flooded with sick psychopaths. So please, spare me the 'just ignore them, they're just trolls,'" she tweeted. "Anyhow I'll do my best to stop entertaining them. They have definitely been living for this and have zeroed in on ONLY me."

Naya Rivera died a hero, authorities have revealed: She saved her son before drowning in a tragic swimming accident. On July 13, five days after the  33-year-old "Glee" star went missing in a Southern California lake, Naya's body was found and recovered. The discovery at Lake Piru, while not unexpected, brought a heartbreaking end to the saga. Naya was last seen heading out on the lake in a rented pontoon boat with her 4-year-old son, Josey Dorsey, who hours later was found in the boat alone, but safe and wearing a life vest. During a press conference, a Ventura County Sheriff's spokesman said Naya was swimming with her son when currents likely overwhelmed her and moved the boat, which was not anchored. She "mustered the energy" to save her son, he said, boosting him back up into the boat, before she disappeared under the water. On July 14, the coroner confirmed that Naya died of accidental drowning. That same day, "Glee" creators started a college fund for Josey. Eerily, the day Naya's body was found marked the seventh anniversary of the day "Glee" co-star Cory Monteith died from an accidental drug and alcohol overdose.

It's the end of an era at "Dancing With the Stars." On July 13, Tom Bergeron announced that he would not be coming back to the reality TV show, which he's hosted since it debuted in 2005. "Just informed @DancingABC will be continuing without me. It's been an incredible 15 year run and the most unexpected gift of my career," he tweeted. "I'm grateful for that and for the lifelong friendships made.  That said, now what am I supposed to do with all of these glitter masks?" ABC later confirmed that Erin Andrews, who's been with the show since 2014, also will not return. The following day, ABC announced that Tyra Banks will be taking over as the lone host of the show. After the announcement, Tom cheekily tweeted, "I guess I won't be getting back my monogrammed towels," a fun nod to his and Tyra's initials.

After the coronavirus pandemic forced them to first alter then ultimately cancel their big royal wedding — which was set to take place in late May at St. James's Palace in London with a reception to follow in the gardens at Buckingham Palace — Britain's Princess Beatrice and British-Italian property developer Edoardo Mapelli Mozzi quietly married on July 17 in Windsor, England. Buckingham Palace confirmed that the couple wed at The Royal Chapel of All Saints at Royal Lodge, which is the residence of her father, Prince Andrew, and his ex-wife, Sarah, Duchess of York. Reports confirm that the bride's grandparents Queen Elizabeth II and Prince Philip were in attendance, as was a small group of other family members. According to royals reporter Omid Scobie, the newlyweds will wait a day to release a wedding photo, as they didn't want to overshadow Captain Tom Moore's Windsor Castle investiture, which took place the same day as their nuptials.

Nick Cannon was fired by ViacomCBS, which owns MTV, after he made controversial comments on his podcast that many felt were vile and anti-Semitic. While speaking on his "Cannon's Class" podcast, Nick also called white people "savages" and "barbaric." "ViacomCBS condemns bigotry of any kind and we categorically denounce all forms of anti-Semitism," ViacomCBS said in a statement, adding that the "Wild 'N Out" host and creator "promoted hateful speech and spread anti-Semitic conspiracy theories." Afterward, Nick said ViacomCBS was bullying him and claimed the media company "misused an important moment for us to all grow closer together and learn more about one another." He blasted the decision and contended that ViacomCBS was trying to "make an example of an outspoken Black man." Nick said the company was on "the wrong side of history" and demanded an apology from ViacomCBS. He later apologized for his comments and saved himself from being fired as the host of FOX's "The Masked Singer."

Kelly Preston passed away on July 12 following a secret two-year-battle with breast cancer. John Travolta, Kelly's husband of 28 years, announced the news. "It is with a very heavy heart that I inform you that my beautiful wife Kelly has lost her two-year battle with breast cancer. She fought a courageous fight with the love and support of so many," he began a message on Instagram. "My family and I will forever be grateful to her doctors and nurses at MD Anderson Cancer Center, all the medical centers that have helped, as well as her many friends and loved ones who have been by her side. Kelly's love and life will always be remembered. I will be taking some time to be there for my children who have lost their mother, so forgive me in advance if you don't hear from us for a while.  But please know that I will feel your outpouring of love in the weeks and months ahead as we heal."

Alex Trebek has updated fans on his health, and things are looking good. "I am doing well," the "Jeopardy!" host — who turns 80 on July 22 — said in a YouTube video on July 16. Last year, the TV icon announced that he was battling stage 4 pancreatic cancer. "I have been continuing my treatment and it is paying off, though it does fatigue me a great deal. My numbers are good. I am feeling great," he said. Alex later added, "I can't wait to return to the studio and start recording shows for the new season in September."

Despite reports claiming Kanye West was pulling out of the presidential race, the rapper revealed he's moving forward with a campaign. On July 15, the rapper-designer officially filed paperwork with the Federal Election Commission stating his intention to run for POTUS, and he already gotten his name on the ballot in Oklahoma. Kanye, who's running on the Birthday Party ticket, a political party he obviously created, has missed the deadline to get on the ballot in other states, including the battleground state of Florida. On July 16, Ye officially filed more paperwork, which stated that he's raised or spent more than $5,000 in campaign-related expenses. While his presidential bid was always considering a long shot, a national poll of 2,000 people showed he had merely 2% of the vote.

"The Real Housewives of Atlanta" star Porsha Williams was one of 87 people arrested on July 14 at a protest in Louisville, Kentucky, held in honor of Breonna Taylor, who was killed by police inside her own home in March. The protest was held outside a home owned by Kentucky Attorney General Daniel Cameron. The officers involved in the no-knock warrant have been fired but not criminally charged. Porsha and the other arrestees — who include Grammy-nominated rapper YBN Cordae, "Love & Hip Hop' star Yandy Smith and Houston Texans wide receiver Kenny Stills — were charged with intimidating a participant in a legal process, disorderly conduct and criminal trespass. Police said told the Louisville Courier-Journal that charges were "due to their refusal to leave the property and their attempts to influence the decision of the attorney general with their actions." Porsha didn't seem fazed by the arrest. On July 15, she shared an Instagram photo of herself with Breonna's mother, Tamika Palmer. "It was my pleasure! I love you and as always praying for you Ms. Tamika Palmer (Mother of #BreonnaTaylor )," Porsha captioned the snap. "Ps: Thank you for waiting on us to get out! It was heart warming exiting and seeing your family🙏🏾 @untilfreedom it was an honor @tamikadmallory." She also urged the attorney general to "Arrest the Cops! Do The RIGHT thing."

After seven years, Tia Mowry is leaving the daytime talk show "The Real." The "Sister, Sister" star has been a co-host on the show since it began in 2013. "For seven years, my home and heart has been at 'The Real,'" she said in a statement on July 13. "The friendships that I've made there will last a lifetime, and the people that I've had the blessing to interview have changed my life for the better. I'm so proud of what all the ladies and I have accomplished there, including two well-deserved NAACP Image Awards and a Daytime Emmy." She continued, "However, all good things must come to an end, and it's with a bittersweet smile that I announce that I am moving on from 'The Real.' To my fellow hosts, I love you, I will miss you, and I will always be there for you. Thank you for teaching me, supporting me, and loving all of me. Sisters forever. I'll be rooting for you, as I look forward to spending more time with my family, pursuing amazing new opportunities, and embarking on the next chapter of my life." 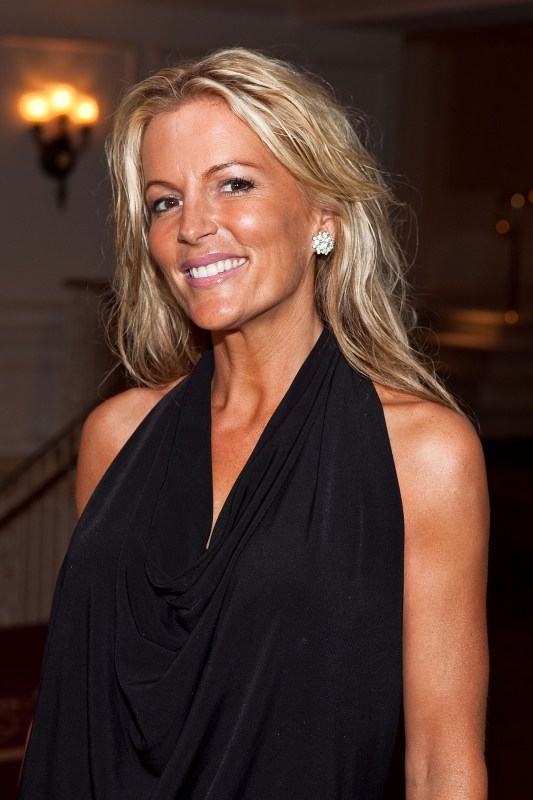