It's on! On March 8, 2017, Page Six reported that Jennifer Lopez is now dating former Yankees star Alex Rodriguez. J.Lo and A-Rod "have been seeing each other for a few months — and were together in L.A. this past weekend," a source told the gossip column, adding, "They are really into each other because they have so much in common — from their Latin roots, to their love of New York and their kids." Page Six writes that A-Rod was also reportedly seen backstage at one of J.Lo's "All I Have" Las Vegas residency performances at Planet Hollywood. She was last linked to Drake while his split from Silicon Valley CEO Anne Wojcicki was revealed in February. Keep reading for more celeb love life updates this week!

Amber Heard and Elon Musk are still spending a lot of time together. On Feb. 28, 2017, the rumored couple attended a screening of Al Gore's "An Inconvenient Sequel: Truth to Power," in Palo Alto, California, according to the New York Post. The appearance comes on the heels of a report that Amber and the billionaire Tesla CEO are ready to go public with their rumored romance, although so far, it's only been confirmed that they're pals. Whispers about whether their friendship had blossomed into something more surfaced in July amid Amber's contentious split from Johnny Depp. "They continue to see each other and hang out from time to time when they are in the same city," a source told Us Weekly. "It is nothing new. He is too busy doing things like building a tunnel under L.A. and sending people into space to seriously pursue anyone. Call it what you want. But they hang out and casually see each other whenever time permits."

That was fast! Just three months after they started dating, Minka Kelly and "How I Met Your Mother" alum Josh Radnor have called it quits. Us Weekly reports that the duo split about a month ago. The couple was very private about their romance, avoiding photographers and never posting about each other on social media. The romance between Minka and Josh began after she and Wilmer Valderrama reportedly briefly rekindled their old relationship in September 2016. Josh has been previously been linked to "Eastwick" star Lindsay Price, Marisa Tomei and "Twilight" actress Julia Jones. Minka dated former New York Yankees shortstop Derek Jeter for three years.

We are royally jealous! Meghan Markle joined Prince Harry as his pal Tom Inskip wed Lara Hughes-Young in Montego Bay, Jamaica, on March 3, 2017. The duo, who were publicly linked in October 2016 and have been dating since last summer, packed on the PDA during the outdoor reception where they enjoyed drinks and caught up with other wedding guests. Check out more pictures from their cute weekend here!

Former "The Bachelorette" star Ali Fedotowsky and radio host Kevin Manno married at Los Angeles' Terranea Resort on a lawn overlooking the Pacific Ocean on March 3, 2017. Their daughter Molly, 7 months, was their flower girl and was pulled down the aisle in a vintage wagon, Us Weekly reported. Among the 100 guests were pals Kaley Cuoco, Haylie Duff, Lacey Chabert, Amy Davidson and another former "The Bachelorette" star, Andi Dorfman.

Though originally it seemed like an amicable separation, Scarlett Johansson and her former husband Romain Dauriac might be headed for a tumultuous divorce. According to People, Scarlett's divorce filing on March 7, 2017, "shocked" Romain, as did her request for joint custody — with Scarlett getting residential custody — of their 3-year-old daughter, Rose. The pair had reportedly been working out an agreement in private prior to the filing. The actress issued the following statement to People: "As a devoted mother and private person and with complete awareness that my daughter will one day be old enough to read the news about herself, I would only like to say that I will never, ever be commenting on the dissolution of my marriage."

Nearly a year after they left the Met Gala together, sparking romance rumors, Kate Hudson and Diplo fueled fresh dating buzz when they were spotted holding hands at Vanity Fair's Oscars afterparty. A souce told E! News that the actress and DJ-producer are just "hanging out," keeping things "casual and fun." After Kate visited Diplo last year during a trip to Ibiza with friends, his rep said the pair were not dating.

It's official: One Direction heartthrob Louis Tomlinson and fashion blogger Eleanor Calder are back on. But their rumored reconciliation was confirmed under unusual circumstances: After Louis was arrested for attacking a paparazzo after flying into LAX Airport in Los Angeles on March 3, 2017, with Eleanor — from whom he split two years ago — his attorney Martin Singer confirmed that she's again the singer's "girlfriend" while speaking to MailOnline about what happened. "The paparazzi provoked and caused the altercation that occurred with Louis. It's not the first time that a paparazzi has created an altercation with a celebrity," Martin said. "While the altercation was going on with the paparazzi, three other individuals were attacking his girlfriend during this incident and he came to her defense."

Onetime "The Young and the Restless" couple Amelia Heinle and Thad Luckinbill are splitting after 10 years of marriage. Thad, who played JT Hellstrom on the soap opera from 1999 to 2010, filed for divorce in Los Angeles Superior Court on March 1, 2017, citing "irreconcilable differences," according to TooFab.com. Amelia is a lead in the daytime drama and has won two Daytime Emmys for her portrayal of Victoria Newman, a role she first took on in 2005. Amelia and Thad played a couple on the show and married in real life in 2007. They have two children together — Thaddeus, 10, and Georgia, 8.

A rare sighting! Iconic drag queen and "Drag Race" host RuPaul was seen out with his partner of 23 years, Georges LeBar. Georges, a rancher in Wyoming, is rarely seen in the public eye. In fact, RuPaul and Georges have reportedly never been publicly photographed side-by-side before. RuPaul told Buzzfeed in 2015, "He's so kind and funny. I remember praying, 'I want a sweet, sensitive man,' and I got an Australian who's just lovely."

Barely a month after secretly tying the knot with her longtime boyfriend Shalom, "Shahs of Sunset" star Golnesa "GG" Gharachedaghi is ending their marriage. "During the past few weeks, certain facts have come to GG's attention that have made her realize her marriage can no longer continue, and, in fact, should never have happened," the reality star's rep told E! News. "She is hoping to end the relationship as amicably and respectfully as possible." On Valentine's Day, GG told her 459,000 Instagram followers that she and her longtime boyfriend had secretly gotten married in January. She then, for unknown reasons, deleted the Instagram post. Then just a few days after gushing about her man, she posted a cryptic image to Instagram that read, "No matter how strong a girl is, she always has a breaking point." The words were posted over an image of a woman flipping off the camera as she walked away. Alongside the message, GG wrote, "Truth is, a lot of people will attempt to break us in life… but it's up to you to decide who's worth the pain."

Cuteness overload! Justin Timberlake laid it on thick for wife Jessica Biel's 35th birthday on March 3, 2017. Justin captioned a photo on Instagram, "You make me laugh. You make me smile. You make me LOVE. You make me want to be BETTER. Speaking of, it doesn't get any BETTER than you… Now, I know for sure that it's BETTER to be lucky than good. Ask me who the luckiest guy in the world is and I will tell you that you are looking at him. Happy Birthday, my heart. –J." He also threw her a rollerskating party! 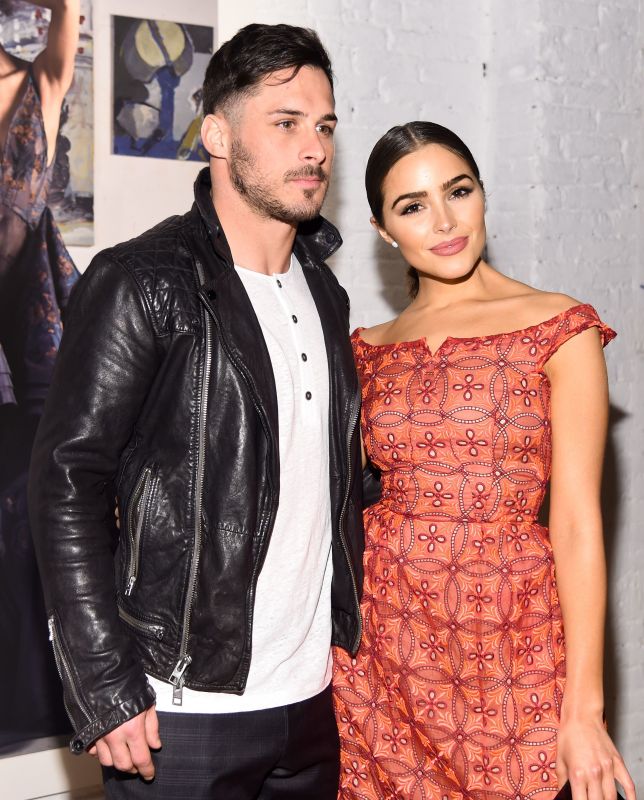