It's been quite some time since Zac Efron had a leading lady on his arm offscreen, but he's finally back on our romance radar. The "Baywatch" star sparked dating rumors after bringing Olympic swimmer Sarah Bro to a UFC match in Las Vegas on Saturday, March. 2. An eyewitness at the fight told E! News that they arrived together and, "looked like they were having a great time," sitting side-by-side, "smiling and laughing in their seats." While Zac and Sarah weren't exactly smooching ringside or, "doing anything to attract any additional attention," they did leave together. Even more so, they were both spotted separately at a Kings hockey game in Los Angeles two days before. Zac shared a solo selfie in his seat, while Sarah posted a photo in a personalized jersey from the locker room. "Thank you @lakings for making my first hockey game something very special," the Danish athlete wrote on Instagram. "I'm already a fan!" Granted, it could've just been a coincidence that they were both there, but really, what are the odds?

RELATED: Stars who aren't afraid of PDA this year

Since welcoming 7-month old daughter Kulture, Cardi B and Offset's on-and-off relationship hasn't exactly been fairytale perfect with much tension over his alleged infidelity. Cardi said she wanted to take things slow after they reunited last month, but their romantic Mexican getaway paints a different picture. The Migos rapper has been sweeping his baby mama off her feet at a lavish resort in Los Cabos this week, even surprising her with rose petals in the shape of a heart on their bed. Cardi couldn't look happier or hotter, sharing a sexy bikini mirror selfie from their suite on Tuesday, March 5. But, we can't help but think she's trying to send a message to girls on Offset's jock, playing "City Girls – Act Up" in the background of her post. Just saying, the last line in the chorus goes: "Dirty a– nails, baby girl, you need to back up." As for now, there doesn't seem to be any trouble in paradise for the lovebirds, who continued to live it up on vacay, sharing video drinking and rapping together in their private hot tub later that day. "We crazy," Cardi wrote. The "Bodak Yellow" rapper secretly tied the knot with Offset in September 2017.

Before the Jonas Brothers could officially decide to bring their band back together, they had a lot of kinks to work out in their relationship. During an appearance on "The Late Late Show " on Monday, March 4, they had no problem admitting they underwent intensive therapy sessions ahead of their reunion. "We literally spent a year basically doing therapy," Nick Jonas revealed to host James Corden, "working through some things and figuring out what this chapter would look like. We've had to be really open and honest. There are things in the past that bothered us from time to time, even in our performances that we would do." A professional outside prospective must've helped get all the brothers on the same page because they dropped their first single since reuniting, "Sucker," last week. Nick says the idea to spark things up again came when they were filming a documentary about a year and a half ago and, "we started to realize that there was a magic that we felt like we were missing." Former tweens, like Joe Jonas' fiancée Sophie Turner, remember their boyband magic all too well. To celebrate their comeback, she shared a photo swooning over vintage posters of the heartthrobs from her bed on Tuesday.

With ex-wife Jennifer Aniston out of the picture, Justin Theroux has been treating a new lady friend to nights out on the town and fancy dinners. But before you go jumping to romance-rumor conclusions, it's not what you think …. As of late, the "Maniac" actor has been making his adorable rescue dog, Kuma, his plus one at the swankiest eateries around New York City. This week, Justin brought his blue-nose pitbull to hotspot Fine & Rare, where they shot a spread for Nobleman mag. According to Page Six, owner Tommy Tardie gifted the pair a $1,273 bottle of Yamazaki 18 for their next visit, though Kuma obviously won't be indulging. Last month, Justin took his 4-legged friend out to share a meal — literally — at a pricey local restaurant. "Date Night at the Waverly," he captioned an Instagram video on Feb. 17, chowing down on fries with his beloved pooch. "Lady and Tramp-ing. 🍝 #adoptdontshop #pitbull." Last February, Justin and Jennifer reportedly worked out a custody agreement for their brood of furry friends, which includes three other dogs living in Los Angeles with Jen. Talk about giving your dog a taste of the good life!

Bethenny Frankel's turbulent custody battle with her ex-husband, Jason Hoppy, over their 8-year-old daughter, Bryn, just got a whole lot messier. The Skinny Girl mogul broke down in tears while testifying about Jason's, "increasingly abusive and hostile," behavior in a New York City courtroom on Wednesday, March 6. "If you leave me, you are dead to me. I want nothing to do with you,'" Bethenny recounted of Jason's words to her after she asked for a separation in 2012. "He said, 'This is war, I'm going to destroy you, I'm going to ruin your life.'" Jason refused to leave their home, which the "Real Housewives of New York City" said became a "torture chamber" of sorts. "Rotting food in the refrigerator, dishes piled to the top. He would go to the bathroom in the toilets and wouldn't flush them. He would whistle and sing and slam doors," she said. "He did everything he completely and possibly could to torture me." Bethenny even admitted she, "had a padlock on my room to protect myself." While they currently share joint custody of Bryn, Bethenny is gunning for primary custody and decision-making power in the current proceedings. On top of everything, their divorce is still not finalized despite finally coming to a financial agreement in 2016.

Hilary Duff is having a hard time adjusting to life with two kiddos since the birth of her 4-month-old baby girl, Banks, but how can we blame her? Before having her latest little with boyfriend Matthew Koma, she could focus all her attention on her then-only son, Luca Comrie, 6. The "Younger" star took to Instagram to voice her struggles with splitting up quality time amongst her growing family on Wednesday, March 6. "Flash back to Hawaii with my first bub," she captioned a throwback selfie with her and ex-husband Mike Comrie's son. "Missing some solo time with him. Missing him in general. I'm coming for you lukie. Count down izzzz ooon." Regardless, Luca seems to be enjoying time with his new baby sister around. Hilary has shared pics of him feeding Banks a bottle and loving up on her with kisses.

Since signing her divorce papers with Hank Baskett in October of last year, Kendra Wilkinson is trying a different approach to finding love again — she's celibate! The former Playboy bunny, who was one of Hugh Hefner's three girlfriends while on E!'s reality show "Girls Next Door," revealed she's been abstaining from sex all together in a Twitter post on Tuesday, March 5. "Working out, eating right, head up, loving life," she captioned a busty selfie. "Celibate and smiling. Forgiveness feelin good. Free of pain and full of love." She originally told fans her plans to stay out of the bedroom last month after igniting romance rumors with "Bachelor" alum Chad Johnson. "For the millionth time. I'm not dating right now. I'm basically a f—ing virgin," she tweeted, later adding, "Been there done that. Trying something new and going celibate." Kendra and Hank, who share son Hank, 9, and daughter Alijah, 4, had been on the rocks since reports surfaced of the former footballer's alleged infidelity with a transgender model back in 2014. Though Kendra flushed her diamond wedding ring down the toilet in anger, they attempted to reconcile for the kids to no avail.

Duchess Meghan may have taken a break from her acting career to focus on being a royal, but her pal, Abigail Spencer, is still on the Hollywood grind. Abigail revealed she'll be returning to the doctor drama on ABC's "Grey's Anatomy" with a fiery scrub selfie on Tuesday, March 5. "Red hair. Super care. Megan Hunt is baaaaack!" she captioned the shot on Instagram with the hashtag "#GreysAnatomy15." E! News also confirmed that Abigail is, in fact, set to reprise her role as Dr. Megan Hunt after a 2-year hiatus from the series, though details of her storyline are being kept hush-hush for now. "Grey's Anatomy," heading into its 15th season, recently broke the record for the longest running medical drama on primetime television, surpassing a whopping 332 episodes.

It's not all about gym, tan, laundry for the cast of "Jersey Shore" these days. Since revealing that her son, Greyson, has autism last year, Jenni "JWoww" Farley has turned her focus to getting involved with organizations that help the cause. While her personal journey with Greyson hasn't been easy, she finally feels like she's found her calling in life through advocating for children like him. "I always say that for whatever reason I feel like Greyson chose me," she told Page Six on Wednesday, March 6, "and it's not like I was lost in life but I always wanted to know, like, what my bigger picture in life was." After a recently difficult experience with her son on an airplane, the reality star partnered with KultureCity to help create sensory rooms for children with autism in public places, like airports. Joining forces with the coalition helped JWoww realize, "10, 15, 20 years from now, this is where I want my life to be. This is, like, where I'm meant to be." Jenni shares daughter Meilani, 4, and Greyson, 2, with estranged husband Roger Matthews.

Shaquille O'Neal is making a comeback in music as DJ Diesel

Shaquille O'Neal is making a major comeback, but don't expect to see him back on the basketball court anytime soon. Rather, he's working on his career behind the turntables as DJ Diesel. "I have been spending a lot more time in the studio and just love to mess around making music," he told Page Six on Wednesday, March 6. "I am still learning a lot, but it's always a good time." Shaq, who released his new single, "Bang," in February, says his new line of work actually gives him the same rush he felt back in the NBA. "Deejaying brings me back to my playing days," he added. "When I am up on stage in front of 100,000 people at a festival, it's game seven. The energy is just wild and I get competitive. I need to throw down the best set possible." At the end of the month, he's set to headline a carnival-themed show dubbed "Shaq's Fun House" during Ultra music festival in Miami, and he's only just getting started. "I just love to spin records, man," the basketball legend said. "There is nothing like it." 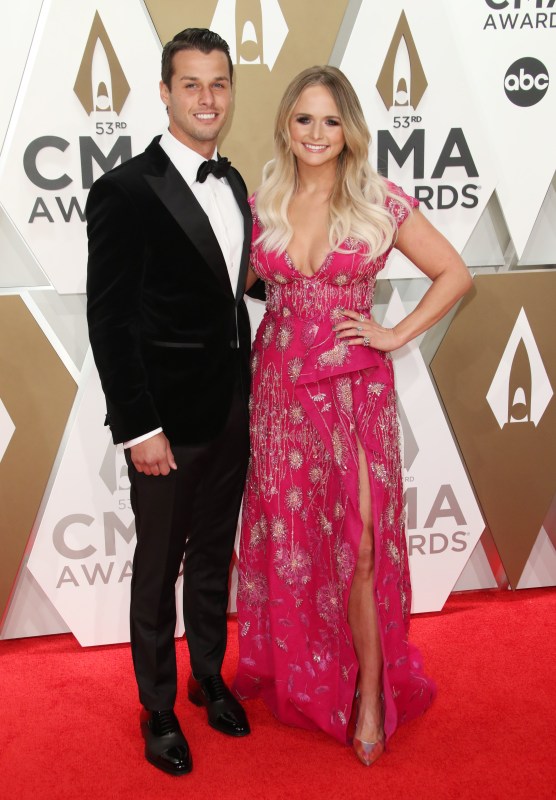