After several weeks of rumors speculating that she was set for a run at California governor, Caitlyn Jenner made it official. "I'm in," she said on Instagram on April 23 after filing paperwork to run for office. In a press release, the reality TV star added, "I have been a compassionate disrupter throughout my life, from representing the United States and winning a gold medal at the Olympics to helping advance the movement for equality. As Californians, we face a now-or-never opportunity to fundamentally fix our state before it's too late." There is no guarantee that Caitlyn will get a shot at the office. First, California voters need to "recall" the current governor, Gavin Newsom, in a special election. As of now, a "recall" petition appears to have enough names to qualify for the ballot. On the ballot, voters would be asked two question: Should the current governor be recalled, and who should replace him? If the majority of voters say that he should not be recalled, he stays on as California's de facto CEO. The end. If voters decide that he should be recalled, Caitlyn's name would be in the mix as his replacement.

Eva Mendes divided her fans on April 19 after sharing an Instagram post about spanking children. The much-discussed quote read: "Spanking does for a child's development what hitting a spouse does for a marriage." The quote caused an uproar of both support and criticism. "Yes! I agree. Every time I was 'disciplined' growing up, I only felt fear and shame. It never 'corrected' behavior. I would never hit my child to teach them a lesson and inflict psychological and physical pain. but that's just me," one person wrote. Many others disagreed. "The goal in raising kids is not to have to spank, but it's correcting before they can reason behavior out with you. Completely different than hitting someone," one person said. Eva responded, "I totally respect you. Thank you for a respectful comment, So nice to disagree with respect. I found the quote powerful and wanted to pass it on. Lotsa love to you and yours [heart emoji]."

RELATED: Best pics of celebs and their kids in 2021

After six years of marriage, Jana Kramer is done — and it seems that infidelity reared its head again. On April 21, the country singer announced on Instagram that she and Mike Caussin were splitting. "'It's time.' As I try to make sense of a reality I never wanted to believe could be possible again, those words have now become a reality. I've fought y'all. I've loved hard. I've forgiven. I've put the work in. I've given everything I have, and now I have nothing else to give," she wrote. "Please know that I still believe wholeheartedly in marriage, love, and rebuilding. I just can't fight any longer. It's time to heal." A source told People magazine that Jana filed for divorce and that it's due to Mike's infidelity. "He cheated and broke her trust again," the source said, referring to Mike's previous behavior. "After fighting for the marriage for so long, she's come to terms with the realization that his patterns were never going to change. The focus now is on their [two] kids."

Hollywood let its collective voice be heard after the conviction of former Minneapolis police officer Derek Chauvin. On April 20, the ex-cop was found guilty by a jury on charges of second-degree unintentional murder, third-degree murder and second-degree manslaughter in the killing of George Floyd last summer. George's death, which was filmed by bystanders and posted to social media, set off a wave of protests across the world that lasted for weeks last summer. After the verdict was announced, Hollywood as a whole applauded the jury's decision. Oprah Winfrey said she "cried tears of joy" while the verdict was read. Beyonce said "today is a good day." Kerry Washington tweeted, "A guilty #verdict. But this fight for justice is not over. We have a lot of work to do. There is more fight ahead of us. But RIGHT NOW please take CARE of yourself. And let's take care of each other." Sentencing is set to take place in late June. With that in mind, LL Cool J tweeted, "Sentencing is the real litmus test."

Demi Lovato was anything but a cool customer during a tiff with a small Los Angeles frozen yogurt shop early in the week, and many of her followers told her to chill out. On April 18, the singer took umbrage with The Bigg Chill for giving sugar-free varieties prime placement in their stores, saying it was "triggering" for her as someone recovering from an eating disorder. She called the shop "diet culture vultures." Demi and the female-owned store got into a back and forth on social media before the shop decided to simply ignore her. Fans soon labeled Demi a bully and accused her of actively trying to put The Bigg Chill out of business, which she denied in a half-hearted apology. Still, the viral dustup resulted in "an avalanche" of sales from "loyal customers," according to a report. On April 21, The Bigg Chill also corrected false rumors and doctored Internet screenshots claiming Demi made amends with a donation. "We have not received donations from Demi's team. Nor do we want one," the store said on its Instagram Story on April 21. "We have not made any changes to our menu. We have not heard anything from Demi since her 'Sorry, Not Sorry' apology on Monday. We have not heard from her team." …And you thought it was only Frosty at Wendy's!

The Wahlberg family matriarch has passed away. On April 18, both Mark Wahlberg and Donnie Wahlberg announced that their mother, Alma Wahlberg, had died at 78.  "My angel. Rest in peace," Mark wrote of his mom, who was often featured on the family's "Wahlburgers" A&E series, which ran for 10 seasons. Donnie posted a video tribute. "I'm so blessed to have been brought into this world by, raised by, taught by and set on my life's path by, such an amazing woman," he said in a lengthy Instagram caption. "My mom Alma's joy for life, love and people — combined with a pride in her humble beginnings and refusal to forget where she came from — undoubtedly shaped me into the man that I am. I've often said, if you like anything about me, I got it from Alma. I say that, because it's true." He continued, "She was, without a doubt, the most loving human being I've ever known. I never heard her say, or do, anything disrespectful to anyone. She was, as anybody who ever came across her knows, true blue."

Dakota Johnson touched on her sex scenes in the "Fifty Shades of Grey" series this week, telling Marie Claire that the third movie in the trilogy was the "most difficult one by far." In fact, it featured the scene that "shocked" her the most. "I was handcuffed with my arms and legs to the gate," she said. "It's like a fence thing that comes down. And I was blindfolded… And it was kind of shocking. Because I didn't realize that no matter how prepared or rehearsed I was, when your senses are taken away like that, you can't control the way your nervous system will react. So it was really tricky to navigate that scene."

Kelly Osbourne is coming clean about her sobriety slip-up. On April 19, the former reality TV star admitted that she'd relapsed after nearly four years of sobriety. "This is a little hard for me to talk about," she said on her Instagram Story, "but I've always promised you that I will always be honest with you about where I'm at and what's going on in my road to recovery… I relapsed. Not proud of it." Kelly told her 2.3 million Instagram followers that she was sober at the time she made the video. "I'm gonna be sober tomorrow, but it truly is just one day at a time," she said. "I just wanted to tell you guys the truth, 'cause I never, ever want to lie to you. Thank you so much for your support and your love, and you'll be hearing from me soon." Meanwhile, a few days later on April 22, her brother, Jack Osbourne, celebrated 18 years of sobriety with an Instagram post that read, "It's not that it get[s] easier or harder, It's just that it's life on life's terms. If anyone is trying to get sober, know that it [is] possible if you are willing to do the work. Sending lots of love to my people who have been on this journey with me."

"Jersey Shore" star Ronnie Ortiz-Magro was arrested following an alleged domestic violence incident in Los Angeles on April 22, and it could spell doom. Details of the arrest weren't immediately available, but TMZ reported that the reality TV star was arrested for felony domestic violence. What's troublesome for Ronnie is that he was already on probation for a 2019 domestic incident involving ex Jen Harley, with whom he shares a daughter. Just last year, he struck a plea deal that required him to stay out of trouble for 36 months. According to reports, Jen was not involved with the new allegation. However, their daughter was said to be under Ronnie's care when the incident occurred. 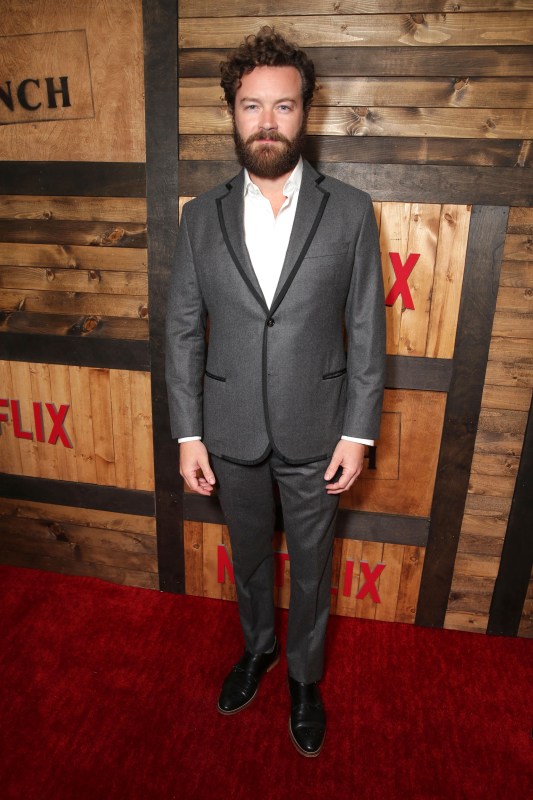