It's been three years since Kris Jenner's divorce from then Bruce, now Caitlyn Jenner, was finalized. Now, she's focused on a new relationship with her ex. "I've really tried to be a good friend. I try to be very understanding of how it must feel like to navigate a big huge family," Kris tells Us Weekly, adding, "relationships change all the time." The extent to which they change, however, has some boundaries. Asked if she thinks someday she and Caitlyn might go on a double date, Kris assures the magazine, "Absolutely not."

RELATED: How the Kardashian and Jenner family's looks have changed

The romance between Jennifer Lopez and former Yankee Alex Rodriguez may be a match made in Bronx heaven, but it reportedly started on the West Coast. According to a New York Post source, "Alex and Jennifer ran into each other in LA around four or five weeks ago, rekindled their friendship, then things escalated over the last few weeks." As J.Lo juggled a Las Vegas residency and promotion for "Shades of Blue" after their meetup, A-Rod made time to check out her performance with friends and "was blown away," the source says. Things heated up quickly between the two, who kept the relationship on the DL until this week. "It's been really secretive," a source tells Us Weekly. After headlines confirmed the existence of "J-Rod," Alex smiled for a photo with his ex-wife and their 6-year-old daughter, while Jennifer posted a photo taken by Max Anthony, the 9-year-old son she shares with Marc Anthony. "They're in the same place in their lives," explains the Us Weekly source, "they both have kids around the same age."

Dean McDermott narrowly avoided jail at a hearing with his ex-wife Mary-Jo Eustace in Los Angeles on Thursday, March 9. The New York Post reports Dean was held in eight counts of contempt of court for failing to pay thousands of dollars in child support since October. He was read his Miranda rights before his ex withdrew the complaint. The judge has given him until Monday, March 13 to come up with half the money he owes. Sources tell the Post Mary-Jo is prepared to refile her complaint — and possible send Dean to jail — on Tuesday, March 14 if Dean has not yet paid up. The reality star recently welcomed his fifth child with Tori Spelling.

"TIME: The Kalief Browder Story," a new miniseries about the jail sentence and subsequent suicide of a 22-year-old man who denied he was involved in the robbery for which he was incarcerated, "is hard to watch, but important to see," according to Jay Z. The rapper and Roc Nation c-founder, who executive produced the Spike TV series, spoke out about Kalief's 2015 death on Wednesday, March 8, at a panel discussion in New York. Declaring that Kalief's "death is here to teach us to save a generation of kids," Jay told the audience to act locally when it comes to situations like that of Kalief, who was imprisoned without a conviction and spent two years in solitary confinement at Rikers Island before he was released without any charge. "There's got to be an awakening across the country," he said, according to the Daily Mail. "It doesn't have to be looking at the White House or senators,' he said. 'I think it's about looking at what's happening in your county, your town, your city, right now. If Americans can think small, they can do much bigger things…. We put people in office, we make the laws. These government officials? They work for us. They speak to us like we work for them, but we are the power." Jay added: "We need everyone to be talking about this. That's how this stops." "TIME: The Kalief Browder Story" airs Wednesdays at 10/9c on Spike.

Employment policies in the United States are notoriously unforgiving to pregnant women and new parents. That's why Anne Hathaway has made it her mission as a UN ambassador to speak out about the importance of paid parental leave. Speaking to Motto this week, she explained how she arrived at her decision to fight for better laws to protect working parents. "A week after I had my son — I was still fired up on adrenaline — I had an epiphany: the mommy wars are bull—-," she said (via Celebitchy). "They distract from the larger, institutional problem of parental leave. It was an issue that had always been abstract to me. Now it was real." When she was working on "Ocean's Eight,"Anne added, Sandra Bullock made a point of telling Anne and the other stars with children that the set was to be "a welcoming place for kids." "Change is going to come," Anne said, "but it's going to take people like [Sandra] with the power to make change to demand it."

"Get Out" star Allison Williams didn't hold back this week when she and Maggie Gyllenhaal participated in Refinery29 and Keds' International Women's Day celebration, pointing out the disconnect between an ethnic and culturally homogeneous Hollywood system that draws on — and creates entertainment for — an increasingly diverse world. "One of the biggest problems … is that the people making decisions are disproportionately old, disproportionately white and disproportionately men," she said, according to the New York Post. "When they leave we have to make sure the people who replace them more accurately reflect the way the world actually looks."

The Blac Chyna Barbie dolls you never asked for are heading to your local retailer in May. TMZ reports Chyna spent time this week working with the company My3DNA, which has made figurines for Drake and other stars. On Wednesday, March 8, the reality star reportedly "modeled several different looks" for the dolls, which are created through CGI scans and 3D printing technology. Six to eight versions of the dolls are expected to be available this spring starting at $75 a doll.

Is Arnold Schwarzenegger running for Senate?

With his "Apprentice" stint at its end mark (not to mention his relationship with Donald Trump), Arnold Schwarzenegger is reportedly considering a run for Senate, according to the New York Post. After trading barbs publicly with the new Republican president, the tab reports the actor and former governor may opt to run as an Independent, although his rep has confirmed neither the Senate bid nor his client's party preference. " Right now Gov. Schwarzenegger's focus is on using his platform to bring some sensibility and coherency to Washington by fighting for redistricting reform, like we did in California," Daniel Ketchell said in a recent interview with Politico. "We are keeping all of our options open as far as how we can accomplish that."

Megyn Kelly wants to be more like Oprah at NBC: Report

As she prepares to leave Fox for a new show on NBC, Megyn Kelly has dreams of doing something positive on the air, a la Oprah Winfrey. "There was a lot of tough news to report on her show at Fox News," an insider tells the New York Post. "A lot of combative interviewing, going after people. Doing that every night was difficult. Megyn feels she has more to offer. She wants to help people the way Oprah did, and do something more positive. She'll be focusing on issues and bringing in real people as well as celebrities. Plus, she has a sense of humor and she wants to use that." The source added that Megyn's biggest features will likely appear on her Sunday night slot. "Barbara Walters has retired, Diane Sawyer left her anchor role," Megyn mused in an interview with Variety in 2015. "Oprah has moved to the OWN network and is doing a different thing now. So why not me?" NBC is reportedly planning to debut Megyn's morning show in September. 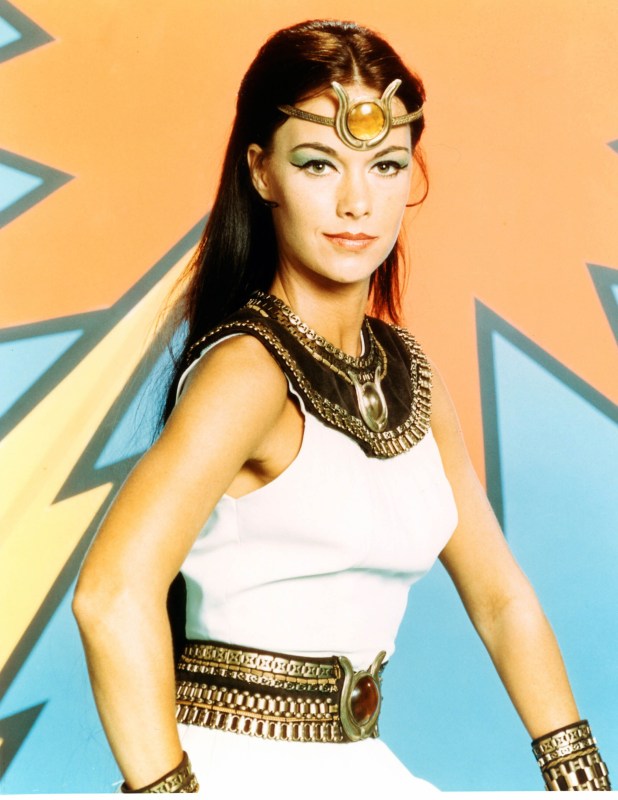