Kris Jenner gets behind the wheel of a new, $333k Rolls

Shortly before Thanksgiving, car aficionado Kris Jenner became the first person in North America to own the much buzzed-about 2021 Rolls-Royce Ghost. The news was first announced by luxury car dealership O'Gara Coach, which shared a photo of the "Keeping Up with the Kardashians" star leaning against her $332,500 new toy on Instagram on Thursday, Dec. 10. "We are thrilled that the first Ghost Delivered in North America went to our beloved client @krisjenner," the dealership captioned the black and white shot. According to the Robb Report, Kris, 65, got her new wheels from O'Gara Coach's Palm Springs location prior to the Thanksgiving holiday. The outlet also notes Kris stands out from her fellow wealthy Rolls owners in that she tends to eschew letting a chauffeur ferry her around, preferring to do her own driving when it comes to her Rolls collection.

Harvey Mason Jr., the Interim President of the Recording Academy, has apologized to Tiffany Haddish on behalf of the organization, after the comic told Variety she'd declined an offer to host the Grammy Awards pre-telecast segment because she would neither be paid nor compensated for the cost of her hair, makeup and wardrobe. "It's just been brought to my attention that the Recording Academy invited Tiffany Haddish to host this year's premiere ceremony," Mason said in an Instagram video published Thursday. "Unfortunately and without me knowing, the talent booker working for the Academy told Ms. Haddish that we wouldn't even cover her costs while she hosted this event. To me that was wrong. I'm frustrated by that decision. It was a lapse in judgment. It was in poor taste. And it's disrespectful." The songwriter and producer, who took over in January as interim president of the organization behind the Grammys, added that he's also apologized directly to Haddish. Speaking to Variety earlier this week, Haddish expressed vague concern that she "might never get nominated again" — her Netflix special "Black Mitzvah" is up for best comedy album — but indicated she felt it was important to speak out. "I think it's disrespectful," she said of the offer. "I was like, 'The exposure is amazing, but I think I have enough. I appreciate you guys asking. And as much as I appreciate the honor of being nominated, that's not OK.'" A rep for Variety said the pre-show is livestreamed and hosted by the nonprofit Academy, rather than CBS, which hosts the telecast. As such, the Academy has not usually paid its hosts, presenters or performers. Within hours of Mason's post, a number of artists had praised him for working to change things. "We appreciate you, Harvey," John Legend wrote in the comments. The Grammys air Jan. 31 on CBS.

The winter holidays may be right around the corner, but for Taylor Swift fans, it's kinda always Easter, at least as far as her propensity to scatter Easter eggs in her wake. So when the singer made the surprise announcement Thursday that she's releasing a ninth studio album, "Evermore," at midnight, her fans naturally lined up to share what they believe proves the Swift tried to tell us repeatedly that "Evermore" was in the works. Per Buzz Feed, the latest parade of Easter eggs came via (and not limited to): a tweet thanking the Los Angeles Times for their positive reception of "Folklore" that featured nine tree Emojis, as in Taylor's ninth album (which includes a track called "Willow") … a recent post she captioned, "not a lot going on at the moment," the same caption she shared on another post a few weeks before surprise-releasing "Folklore" … the framed photo of a willow tree that appears in her latest "not a lot going on" post, as in the new song, "Willow," … the framed photo of ivy leaves in that same post, as in the new "Evermore" song, "Ivy," … and a tweet last week about being on the cover of Rolling Stone, which she likened to being at "the base of a willow tree by a reflection pool at midnight," which turn out to be lyrics from "Willow." Then there was her Instagram Story post pegged to a photo shoot for EW, which she captioned, "'Tis the D— Season," aka, the name of Track 4 on "Evermore." Last but not least, fans have traced Swift's mention that her grandfather inspired "Epiphany," the last song on "Folklore." Any guesses as to who inspired the last track on "Evermore?" Hint: The song is called "Marjorie," just like the singer's grandmother. Let it never be said Taylor Swift fans don't do their homework.

For those of us who don't have the luxury of asking Beyonce or Jay-Z for advice, it's nice to know Megan Thee Stallion is here to satisfy all our vicarious music royalty friendship needs. The rapper — and Beyonce's "Savage" remix collaborator — dished on the difference between Jay and Queen Bey's advice-giving style on Wednesday's edition of "The Late Show with Stephen Colbert." "I would say Jay-Z gives the fun advice," Megan mused. "Like, say if I'm having a bad day, he'll be like, 'Megan, girl, you need to be somewhere driving a boat. Turn up. Have a good time. Forget them people.' He gives me the more hot girl advice." Beyonce, it turns out, encourages Meg to take the moral high road. "Beyoncé is just like, 'Look queen, just rise above,'" Megan said. "She says it the nicer way, and Jay gives it to me the turnt up way." Megan and Stephen also chatted briefly about the heat her Cardi B collaboration, "WAP," took from the political right this year. Calling it "a little weird," the Houston native dismissed the negativity this way: "I know the Republicans have been having a bad year and they probably needed to take their frustration out somewhere." Then she thanked them for all those extra streams.

Light those Saint Dolly candles, folks, and say a prayer to the supreme being of your choice — we have new proof Dolly Parton is an actual angel. Granted, it comes from an unlikely source for spiritual updates, but this late in the 2020 game, who are we to question positive news? It seems Parton quite literally saved the life of 9-year-old dancer and actress Talia Hill on the set of Parton's new Netflix film, "Christmas on the Square." As Hill recently told "Inside Edition:" "We were on set, and I was at the hot chocolate station, and they said go back to your beginning positions. So there was a vehicle moving, and I was walking, and then somebody grabbed me and pulled me back, and I looked up and it was Dolly Parton." Seeing that Hill was in "shock" from the near accident, Parton then said just what you'd hope she might. "'Well, I am an angel, you know,'" Hill recounted the singer telling her, "… 'cause she plays an angel in the movie."

Since "Breaking Bad" premiered way back in January 2008, nothing, including time, has tarnished the bond between the hit show's costars. "For some reason Aaron and I really connected," Bryan Cranston tells People of Aaron Paul. "The storylines gave us opportunities to bond. And I was attracted to his character as a human being, which is really sound and remarkable. He's a really good person. It's not imperative that you form a relationship with your costars, but it makes things easier and better, like your in-laws!" he jokes. While both actors have moved on to multiple other projects — Cranston currently stars in Showtime's new drama, "Your Honor" — they're still working together on one shared interest: Mezcal. In 2019, the pair launched Dos Hombres, their own brand of the agave-based adult beverage, which they apparently decided to pursue one night while partying at a bar in New York City. "We're so excited about it," Cranston admits. "We are learning so much. We have artisanal mezcal, old fashioned processing with no modern technology. The ingredients are smoked agave and water. It's beautiful."

Jessica Simpson's bestselling memoir is being adapted for TV

In a big year for celebrity memoirs, Jessica Simpson's "Open Book" was among the biggest, having spent two weeks at No. 1 on the New York Times Best sellers list, while its audio version was named one of Apple's Best Audiobooks of the Year. Now, Simpson's life story, including revelations about her prior addiction issues and history of sexual abuse, is headed for the small screen. According to THR, the author, designer and singer just signed a multimedia deal with Amazon Studios for projects including one scripted docuseries and one unscripted TV show based on the memoir. The unscripted show will stream on Amazon Prime, while the scripted docuseries will cover topics including her her career and her sobriety. The docuseries will be featured on IMDb TV. The last component of the deal is the publication on Amazon Original Stories of one essay on "motherhood" and a second on "gratitude." Earlier this week, Mariah Carey revealed she's working to develop a TV show or movie based on her bestselling 2020 memoir, "The Meaning of Mariah Carey."

If binging your way through "The Queen's Gambit" left you craving more in the way of smart and quirky female leads, there's some good news ahead. Amazon's "The Marvelous Mrs. Maisel," which pressed pause on production of Season 4 because of the pandemic, is expected to get back to work in early 2021. "We're hoping to be able to start up again in January," Rachel Brosnahan recently told Parade, confirming the timeline executive producer Amy Sherman-Palladino cautiously shared with TVLine in October. "This is the longest we've been apart in three years, which feels crazy. So I think we're ready to see each other and blow kisses from across the room," she added. Back in September, Rachel's starring role as '60s housewife-turned-touring comic, Midge Maisel, sent her to costume fittings for the new season. At the time, she said she was missing her "Maisel family" and "excited" to pick up where the series left off. As of October, table reads were slated to start this month, while filming was expected to resume Jan. 7, though an Amazon insider noted to TVLine that dates could change, given changing protocols around safety and COVID-19. In the meantime, catch Rachel in Prime Video's upcoming '70s crime drama, "I'm Your Woman," premiering Dec. 11.

Ellen DeGeneres is ending what's arguably been the most difficult year of her career with yet another challenge. On Wednesday, the daytime host announced on Twitter that she's contracted the coronavirus. "Hi Everyone," she posted. "I want to let you all know that I tested positive for Covid-19. Fortunately, I'm feeling fine right now. Anyone who has been in close contact with me has been notified, and I am following all proper CDC guidelines. I'll see you all again after the holidays. Please stay healthy and safe." "The Ellen DeGeneres Show" resumed production in September, having added a variety of safety protocols. 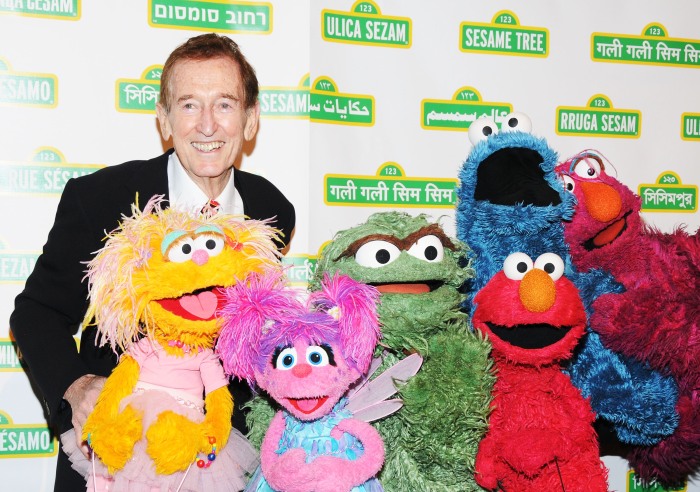