Find out how celebrities are reacting to the historic Dec. 18, 2019, impeachment of President Donald Trump — the third president to ever be impeached — after the House of Representatives voted to approve two articles of impeachment related to his request of Ukraine to investigate a political rival… starting with this music star. "Thank you to the House of Representatives for doing your constitutional duty. Everyone please call your senators and tell them to remove this evil man from office." —John Legend on Twitter

"There is a God. There is a truth. This left wing lacks truth and are afraid of Trump's truth to save this country. Let us all stand with God, with President Trump and ask the holy light of God and Jesus for their prayers more now than ever for the evil is trying to win. This is a battle for truths and the left are afraid of the true truths that President Trump has brought forth. This is America. We're strong, we're smart and our leader, President Trump, has shown us this. If the impeachment proceeds, America will fall, for President Trump has built it back and the extreme left are destroying this nation's glory. I stand on this ground, this soil of the United States of America and I remember the words of Abraham Lincoln. This is not what God would want. They're not concerned for good or bad. This is evil intent to destroy a president who has America in his hands. And the left are destroying, what do we do? We pray. And hope that in God we trust. Much love." –Jon Voight in a video shared on Twitter

"The only thing that hurts is this country is divided by hatred fueled from people like you.. why don't u do better and give ya boy some advice on telling the truth, he's gonna need it." –Lizzo on Twitter in response to conservative political commentator Tomi Lahren's tweet referencing Lizzo's hit song: "Well @realDonaldTrump is still your president. Truth hurts," Tomi wrote

RELATED: Stars and their cute kids in 2019

"I expected this moment but I expected to be more joyful. Maybe jump up & do a happy dance. Maybe. But I'm just sad and heartbroken. What he's left behind can't be erased with this vote. The bigotry and xenophobia he's emboldened. The lies. It will take generations to recover. This is a terrible day in our country's history. But a great defense of our democracy" —Alyssa Milano on Twitter

"We have never had a President impeached while out campaigning acting as if nothing is going on back on Capitol Hill. It's fascinating. Now he will run as an impeached President for re-election. Historic. #ImpeachmentDay" –Maria Shriver on Twitter

"Dangerous precedent…gonna cause a major tit for tat retaliation now for whomever is in power..fasten your seatbelts, it's gonna be a bumpy decade" –Kirstie Alley on Twitter

"I just witnessed, in person, the impeachment of Donald J. Trump! A stunning, exhilarating day of watching Democrats find the courage to confront a menace and watching the Republican bots all squirming and grunting and sounding like the dying dinosaurs that they are. Victory!" –Filmmaker Michael Moore on Twitter

"This partisan, political impeachment is an embarrassment." –Dean Cain on Twitter

"I'm with her. #TrumpImpeachment" —Kathy Griffin on Twitter, along with a photo of Speaker of the House Nancy Pelosi

"OH. HAPPY DAY OH HAPPY DAY – Google Search … One Of My Favorites Ever … its how i feel" –Cher on Twitter

"When the Founders conceived of impeachment, they feared presidents like Trump. And they imagined patriots like Justin Amash who understand that fealty to the constitution and the rule of law is much more important than cynically protecting political power." –Dan Rather on Twitter

"Congrats to @realDonaldTrump for 'Fastest to Impeachment'! You did it!!!" –Patton Oswalt on Twitter

"I had a 'That's So Raven' moment in 2017, I knew this would happen. Let's get this clown out of office!" –Todrick Hall on Twitter in response to his own May 2017 tweet that read, "I'm writing IMPEACH, a new musical and opening it across the street from Hamilton! Who's down to buy tickets?"

"HAPPY HOLIDAYS, TWITTER" –Amber Tamblyn on Twitter in response to the ACLU's tweet that read: "BREAKING: President Trump is the third president in our nation's history to be impeached"

"When people ask why I keep calling out President Trump's lies, crimes & cruelty I say it's my duty as a US Citizen & the best way for this father to protect my daughters future. Quinn Arnold was born four years ago today. Dad made this birthday extra special. #TrumpImpeachment" –Tom Arnold on Twitter

"Trump has been impeached on both counts against him: Abuse of Power and Obstruction of Congress" –Padma Lakshmi on Twitter, along with a GIF of Amy Poehler in a hoodie flashing two V signs

"He wanted to make history… HE DID!! 1st President EVER to be #IMPEACHED IN HIS 1st TERM!! " –DL Hughley on Twitter 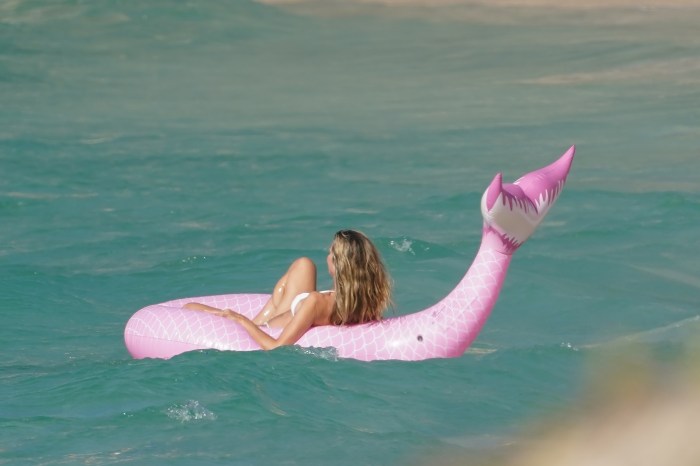