Hey, heading back to school isn't all bad news. In fact, starting a new semester at most of these 16 iconic TV and movie high schools actually sounds pretty great. Now that summer's winding down, keep reading to see the iconic schools that have remained etched in our collective memory over the years… starting with Bronson Alcott High School. Even if it's only for its students' incredible (and sometimes outrageous) fashion sense, Bronson Alcott of "Clueless" fame deserves a spot on this list. But the fictional Beverly Hills school isn't just about style. As new girl Tai said after hearing the impressive vocabulary and complex sentences used by Cher, Dionne and the rest of the gang, "Wow, you guys talk like grown ups!" With lovable teachers like Mr. Hall and Ms. Geist, we'd expect nothing less.

Bayside High — the bright, laid-back Southern California high school from "Saved by the Bell" — boasted fun and (probably too) forgiving staff, a super-cool diner called The Max just down the street, a seemingly endless number of dances, and pretty steady athletic dominance over crosstown rival Valley. Add in the opportunity to be friends with the super-cool clique — Slater, Kelly, Zack, Jessie and more — and we certainly wouldn't mind being in the Palisades school district circa 1990.

RELATED: "Saved By the Bell" cast: Where are they now?

From a gonorrhea outbreak to a deadly rivalry with nearby Lakehurst High to several school shootings (and a seemingly endless list of other assorted crises and scandals), Degrassi Community School has pretty much seen it all. As the primary setting for the long-running Canadian teen hit "Degrassi: The Next Generation," it's definitely the most iconic fictional high school north of the border.

RELATED: Celebrity kids all grown up: See them now

For young British magic makers, there's really only one high school that matters: Hogwarts School of Witchcraft and Wizardry. The "Harry Potter" franchise headquarters features shifting staircases, magnificent balls, highly competitive Quidditch matches and even some friendly ghosts. Also, it's in a castle in the Scottish Highlands. Unfortunately for most of us, admission is determined at birth, and only those lucky enough to receive an invitation via owl at age 11 will ever get to experience the wonders of Hogwarts.

The backdrop for "My So-Called Life," Pittsburgh's Liberty High School, only needed one season to earn a place on this list. The school was the setting for a number of topics that weren't usually depicted on network TV in the '90s, like teen homelessness, drug abuse, homosexuality and more.

Even though we get to see exactly zero minutes of actual school time at Shermer High School in 1985's "The Breakfast Club," the eight hours of Saturday detention spent with snob Claire, nerd Brian, jock Andrew, rebel John and outcast Allison tell us pretty much everything we need to know about the student body… and absolutely earn it a place on the list of most iconic high schools.

As the educational home of New York City's richest and most privileged teen girls, the Constance Billard School for Girls was the setting for much of the hit show "Gossip Girl" and all the adventures of Serena, Blair and the rest of their high-profile friends (and frenemies). From student-teacher relationships to paid SAT sit-ins, Constance Billard featured everything you'd imagine might happen at an ultra-elite high school… and probably a little bit more too.

For the ultra-cool Pink Ladies and T-Birds of "Grease," Rydell High was the place to be. Or maybe it was, more accurately, Frosty Palace, the drive-in movie theater or the Los Angeles River viaduct drag racing spot. But Rydell High was absolutely the best spot to meet up between all those extracurriculars! And, of course, during the ultra-competitive National Dance-Off, which notably featured some wicked hand jiving.

In terms of schools we'd actually want to attend, Sunnydale High of "Buffy the Vampire Slayer" is definitely a little lower on the list… being built on top of a Hellmouth and thus prime turf for vampires, demons, and the like will definitely have that effect. While it was the site of a disturbing number of gruesome premature deaths, it also did provide Buffy, Xander and the rest of the Scooby Gang with just as many opportunities for true acts of heroism.

Back in the '80s, there was exactly one high school budding young actors, musicians and dancers aspired to attend: New York City's High School of Performing Arts, the setting for the hit movie "Fame." The film follows a talented group of teens from freshman to senior year as they're prepared for careers in comedy, rock music, ballet and more.

For the sage wisdom of Mr. Feeny alone, John Adams High School from "Boy Meets World" deserves a spot on this list — and the list of schools we wish we'd been able to attend. But really, who wouldn't want to go for some afterschool snacks at Chubbie's Famous with Cory, Topanga and Shawn? Despite the curiously limited number of teachers at the school, it still seems like a worthwhile place to spend four years.

Located in rural Texas, Dillon High School was the setting for the biggest stars around: the Panthers football team. Just like life in the small town of Dillon, "Friday Night Lights" revolves around the football coach, his players, their families and loved ones… and the never-ending quest for a state championship.

Can anything top Heath Ledger marching up and down the school stairs and serenading Julia Stiles with "Can't Take My Eyes Off of You" in "10 Things I Hate About You"? Oh, right, maybe Letters to Cleo performing their own hit song on the roof of Padua High School. These musical interludes combined with the castle-like campus make it tough to find any late-'90s teen who didn't dream of spending at least a week or two at Padua… and in Heath's company.

North Shore High School in "Mean Girls" had a nasty burn book and some pretty, well, mean girls,. But it also had junior class heart-to-heart assemblies so compelling that girls from other schools snuck over to join in. And, of course, math teacher Tina Fey and principal Tim Meadows.

For most of us, watching life unfold at West Beverly Hills High School on "Beverly Hills, 90210" was like entering a new universe. (You know, kind of like when Brenda and Brandon Walsh moved from Minnesota to Beverly Hills before sophomore year.) With a DJ playing music between classes and the ultra-cool Peach Pit hangout down the street, West Beverly was pretty much exactly how we pictured a ritzy Southern California high school. 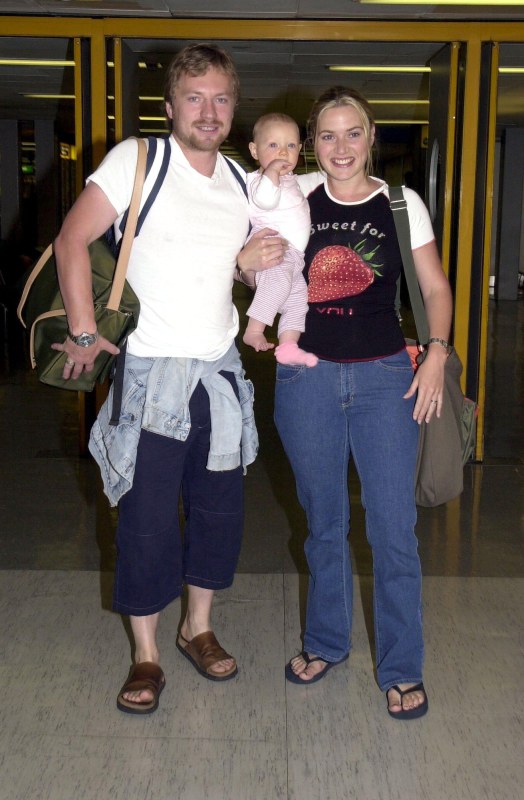