Only a select few celebrities have achieved enough in their careers to receive a knighthood or damehood from Queen Elizabeth II. One of those stars is Emma Thompson, who was appointed a Dame Commander of the Order of the British Empire (DBE) at an investiture ceremony at Buckingham Palace in London on Nov. 7, 2018. She's seen here posing with her medal after the ceremony with husband Greg Wise and children Gaia Wise and Tindy Agaba Wise. Wonderwall.com is taking a look at more stars who are knights or dames. Keep reading to see who's made the monarch's list!

Sir Paul McCartney was knighted at Buckingham Palace in March 1997 for his contributions to music.

RELATED: British pop stars of the last decade: Where are they now?

Helen Mirren received a damehood for her services to drama during a ceremony at Buckingham Palace in December 2003. The acclaimed actress struggled with the decision to accept the title, due to political disagreements, but ultimately decided that the honor was right for her.

In a historic moment, famed fashion designer Ralph Lauren received an honorary knighthood from Queen Elizabeth II and Prince Charles on June 19, 2019. Due to the fact that Lauren is an American, the title is just honorary. Ralph Lauren is now officially the first American fashion designer to have the Excellent Order of the British Empire (KBE) bestowed upon him! The 79 year-old fashion designer also celebrate 50 years of his eponymous label. Congrats!

Rolling Stones frontman Mick Jagger was awarded a knighthood for services to popular music during a ceremony at Buckingham Palace in December 2003. The iconic singer had his proud father, Joe Jagger, and daughters Karis Hunt and Elizabeth Jagger with him when he accepted the title. Not everyone was happy about Mick's knighthood, however. The queen reportedly disagreed with his "anti-establishment" views and asked son Prince Charles to perform the ceremony instead.

Hollywood icon Elizabeth Taylor, who was born in Britain, added a damehood to her long list of accomplishments when she was honored by the queen for her contributions to film at Buckingham Palace in May 2000.

Five-time Academy Award nominee Kenneth Branagh was knighted at Buckingham Palace in November 2012. The actor received the honor for his services to drama and to the community in his native Northern Ireland.

History-making actor Sidney Poitier has been a knight for over 40 years. The Academy Award winner was knighted by Queen Elizabeth in 1974. His knighthood is often mistaken as an honorary one but is actually a substantive knighthood, as Sidney is a citizen of the Bahamas — which is part of the Commonwealth realm.

With more than 50 films under her belt and six Oscar nominations, it's no wonder that Maggie Smith received a damehood for her contributions to the performing arts. The acclaimed British actress was made a dame by Queen Elizabeth II in 1990.

Elton John, who is close with the British royal family and was good friends with the late Princess Diana, was granted a knighthood in 1998. The iconic singer received the honor for his services to music and charity accompanied by then-future husband David Furnish, mother Sheila Farebrother and step-father Fred Farebrother.

Legendary British star Judi Dench is a longtime dame. The celebrated actress received the honor at Buckingham Palace in August 1988 for her services to the performing arts.

Sir Patrick Stewart is a "Star Trek" captain, an "X-Men" professor and a knight of the British realm. The actor was knighted by Queen Elizabeth II for his services to drama at Buckingham Palace in June 2010.

After seven decades of celebrated work in film and theater, Angela Lansbury was made a dame at the age of 88 at Windsor Castle in 2014. The five-time Tony winner received the honor for her services to drama, charitable work and philanthropy. "I'm joining a marvelous group of women I greatly admire, like Judi Dench and Maggie Smith. It's a lovely thing to be given that nod of approval by your own country and I really cherish it," she shared at the time.

Sir Ian McKellen has not only received a knighthood but a host of other royal honors. The acclaimed actor was appointed Commander of the Order of the British Empire in 1979, knighted in 1991 for services to the performing arts and given the Companion of Honour medal (pictured here) for services to drama and equality in June 2008!

Legendary actor Michael Caine received his knighthood from Queen Elizabeth II at Buckingham Palace in November 2000, but he doesn't boast about it too much. "I am a knight, and no one has to call me 'Sir,'" he told The Telegraph. "I never mention it."

If anyone is deserving of a damehood, it's the talented and beautiful Julie Andrews! The celebrated English actress received the honor for her services to the performing arts during a ceremony at Buckingham Palace in May 2000.

Academy Award winner Ben Kingsley was granted a knighthood by Queen Elizabeth II in March 2002 for his services to the British film industry. The actor told the Mirror of the honor, "The wonderful woman who is the queen and who is almost like a mum had said, 'We accept you and love what you do.'"

Sean Connery was an established Academy Award-winning actor for decades but didn't receive a knighthood for his accomplishments until 2000. The Scottish star was reportedly denied the honor for some time because of his passionate Scottish nationalism.

Joan Collins is a relative newcomer to damehood. The "Dynasty" actress received the honor for her services to charity at Buckingham Palace in March 2015. She is one of the first well-known television actresses to receive the title.

Ringo Starr joined his Beatles bandmate Paul McCartney in knighthood when he was awarded the honor at Buckingham Palace in March 2018. "It means a lot, actually," the legendary musician told the BBC. "It means recognition for the things we've done. I was really pleased to accept this."

In March 2007, Bono received an honorary knighthood from Britain's Queen Elizabeth II in Dublin, Ireland, for his services to music and his humanitarian work fighting poverty and disease in Africa. The U2 frontman isn't a proper knight because of his Irish citizenship.

Angelina Jolie might be a famous A-list actress, but her honorary damehood wasn't for her acting contributions. The star actually received the honor from the queen in October 2014 for her services to U.K. foreign policy and the campaign to end war zone sexual violence. The recognition is honorary because of Angie's American citizenship, but impressive nonetheless. 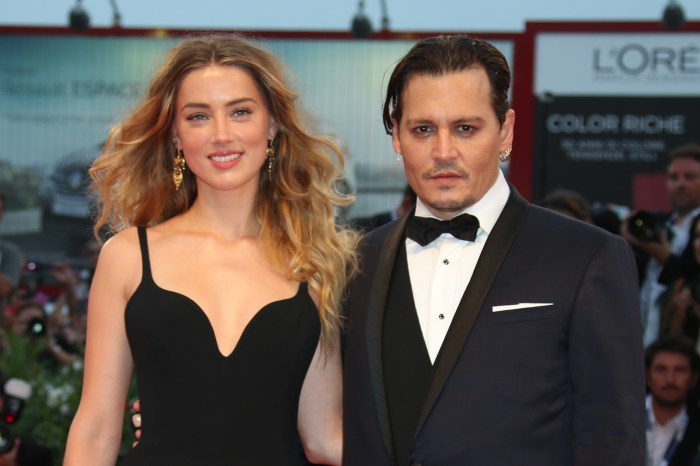 Up Next Search party