Every family has their embarrassing moments, and Britain's royal family is no different! Wonderwall.com is taking a look back at some of their biggest recent slipups and scandals, starting with newcomer to the crew Meghan Markle! Andrew Morton, who infamously revealed the details of Prince Charles and Princess Diana's failed marriage in his book "Diana: Her True Story – In Her Own Words" back in 1992, has set his sights on the American actress in his latest book, 2018's "Meghan: A Hollywood Princess," which was released just weeks before Prince Harry and Meghan's wedding. In the book, he paints Meghan as a calculating social climber who ended her first marriage because she felt it was holding her back and claims she has ambitions of being Diana 2.0. But this isn't Meghan's first brush with scandal since getting engaged to Prince Harry! Keep reading for even more salacious royal stories…

Just a few month after she and Prince Harry got engaged, alleged topless photos of Meghan markle surfaced online, causing quite a stir on the internet. Fortunately for Meghan, the royal family swiftly came to her rescue: A rep for Kensington Palace told The Blast that the photos were indeed fake.

A book rife with bombshell claims about Prince Charles was released in March 2018, bringing fresh attention to old stories and scandals. The unauthorized biography "Rebel Prince: The Power, Passion and Defiance of Prince Charles" by British investigative journalist Tom Bower includes tales of how the future king was "paralyzed by guilt" when Princess Diana died and believed the world would blame him for her passing. It also claims that the queen called his mistress-turned-wife Camilla Parker-Bowles "that wicked woman" and told Charles she wanted "nothing to do with her." It also details Charles's allegedly tension-filled relationships with his father, Prince Philip, siblings and sons. Kensington Palace chose not to issue any statements about the book.

A scandal over a piece of jewelry? Yes, when you're royal. When Princess Michael of Kent, who's married to Queen Elizabeth II's first cousin, attended the monarch's Christmas luncheon at Buckingham Palace in December 2017, she opted to adorn her coat with an accessory many felt was inappropriate. Critics branded her blackamoor brooch — a type of jewelry prominent in the 17th and 18th centuries that depicts an African man — as wildly racist. Making this a particularly egregious fashion statement? The luncheon was attended by Prince Harry's fiancée, Meghan Markle, who's biracial. Though Princess Michael swiftly apologized, this isn't the first time she's been accused of racism. Back in 2004, the New York Post reported that she told a group of African Americans having dinner at a Manhattan restaurant to "go back to the colonies."

People don't typically associate royals with money trouble, but Queen Elizabeth II made headlines in November 2017 when Newsweek reported that her estate had invested over $13 million in offshore tax-shelter funds in both the Cayman Islands and Bermuda. The money move apparently allowed the queen to avoid paying around $15 million in taxes, which resulting in quite the controversy in the UK.

Yikes! In March 2017, Prince William's Swiss ski trip made headlines for all the wrong reasons. Allegedly, the boys-only getaway doubled as a marathon binge-drinking session for the married father of two and his friends. In addition to being photographed drinking and high-fiving a female lunch guest who used to be a topless model, William was caught on-camera showing off some less than impressive dance moves and putting his hand on the waist of a mystery woman. To make matters worse, the vacay coincided with Commonwealth Day, which Queen Elizabeth reportedly considers one of the most important days on the royal calendar. She, Prince Charles and Prince Harry attended a service at London's Westminster Abbey while William was partying with his friends. But his absence on Commonwealth Day isn't the only reason why the second in line to the British throne irked the public…

Though Queen Elizabeth was forced to cancel several official engagements due to her ill health in late 2016 and early 2017, as of late March 2017, she'd still managed to carry out more than 20 days of official duties. Prince William, however, had carried out just 13 days of royal engagements in 2017 as of late March, earning him a reputation with the public for being "work shy." The criticism followed the duke's announcement that he was retiring from the East Anglian Air Ambulance charity — where he'd worked as a helicopter pilot since July 2015 — in the summer of 2017.

Photos of Prince Harry partying naked in Las Vegas surfaced in August 2012. He reportedly played strip pool with some women he met at a hotel bar after hanging out by the swimming pool earlier during the trip.

In 2012, French tabloid Closer published photos of Duchess Kate sunbathing topless while vacationing with Prince William in Provence. Because the photos were taken with a long lens — an invasion of the couple's privacy — the palace took legal action to have their publication blocked. Ultimately, the royals were unable to prosecute the photographer, whose identity was protected as a journalistic source by French law. But that wasn't the only time the public got an eyeful of Kate…

In May 2014, a German tabloid published photos of Duchess's Kate exposed behind after a strong gust of wind blew up her skirt during an official engagement in Australia. (Queen Elizabeth reportedly sews weights into the hems of her skirts to avoid having a Marilyn Monroe moment, several of which Prince William's missus has experienced over the years.)

Prince Harry showed extreme lack of judgment back in 2005 when he dressed up like a Nazi officer for a costume party. The spare heir was memorably photographed drinking and smoking a cigarette while wearing an armband featuring a swastika. Just a few months earlier, he'd made headlines for allegedly brawling with a paparazzo outside a London nightclub. It was only his first run-in with the paparazzi: He reportedly got into it with another photographer in 2007.

In 2015, Virginia Roberts alleged that she had been intimate with Prince Andrew (Queen Elizabeth's son and Prince Charles' brother) when she was just 17 years old. She claimed that billionaire investment banker and convicted pedophile Jeffrey Epstein, a onetime pal of the Duke of York, used her as a sex slave and coerced her to have sex with Andrew on three separate occasions between 1999 and 2002. Buckingham Palace has routinely denied that Andrew was ever intimate with Virginia or involved in Jeffrey's illegal activities.

Not long after the world learned in late 2016 that Prince Harry was dating Meghan Markle, the American actress's family started making headlines for all the wrong reasons. In January 2017, Meghan's half-brother, Thomas Markle Jr., was arrested following an alleged domestic violence incident in which he reportedly held a gun to his girlfriend's head. Though authorities later dismissed all charges, Tom Jr. continued to court attention and scandal as he repeatedly spoke to the media about his sibling (they share a father), from whom he's been estranged for years. Meanwhile, Meghan's half-sister Samantha Grant announced that she was writing a book that would discuss Meghan, whom she's called "Princess Pushy." So it came as no surprise when multiple reports revealed that neither Tom Jr. nor Samantha would receive invites to Meghan and Harry's May 2018 wedding.

In 2003, Prince Harry was photographed groping Natalie Pinkham's breast while planting a kiss on her cheek. The personal pic was later stolen from the home of the British television host (pictured in 2016) and published in a UK tabloid in 2006.

Duchess Kate raised eyebrows in March 2016 when she opted to pass on handing out shamrocks to members of the Irish Guard as part of the annual St. Patrick's Day parade in London in favor of spending time with her children. According to People.com, female members of the royal family have handled the traditional ceremony for more than a century. Prince William's wife was, however, back on hand for the event in 2017 and 2018 (pictured).

In 2006, it was revealed that a 17-year-old Princess Beatrice, the daughter of Prince Andrew and Sarah Ferguson, was dating 24-year-old American Paolo Liuzzo, who'd once been accused of manslaughter. While attending Massachusetts' Holy Cross College, Paolo was reportedly involved in a drunken brawl that resulted in the death of a fellow student. Ultimately, the charges against Bea's first real beau were downgraded: He was convicted of assault and battery.

In 2009, a three-year-old video surfaced in which Prince Harry used ethnic slurs to refer to a Pakistani member of his army platoon. The party prince claimed the offensive comments were just a bit of joking between friends.

In 2010, Sarah Ferguson was caught on tape accepting a bribe from an undercover journalist posing as an international tycoon. In exchange for roughly $750,000, Fergie agreed to "open doors" and to provide access to her ex-husband, Prince Andrew, for business purposes.

In early 2014, a day before he launched a campaign to stop illegal wildlife hunting, Prince William (pictured with Duchess Kate in India in 2016) reportedly went deer and boar hunting in Spain. Prince Harry has also raised eyebrows over the years for championing wildlife conservation causes while also being an avid hunter.

In January 2002, Prince Charles sent a 16-year-old Prince Harry to spend a day in London's Featherstone Lodge Rehabilitation Centre after he fessed up to drinking and smoking marijuana. In 2005, it was revealed that while he was a student at Eton College during his teen years, Harry's teachers helped him cheat his way through classes (specifically an art class).

Duchess Kate's extended family has dragged her into the headlines with their scandalous behavior on more than one occasion. In 2009, her uncle Gary Goldsmith (her mother's brother) was caught by undercover reporters doing cocaine at his eight-acre home in Ibiza, which he's affectionately dubbed La Maison de Bang Bang. Meanwhile, Kate's second cousin once removed is burlesque dancer Katrina Darling (pictured in 2012), who makes a point of acknowledging her connection to the royal family in her act. She starred in an eight-page nude pictorial in the September 2012 issue of Playboy.

Prince William reportedly had to have emergency dental surgery after one of his front teeth got knocked out during a friend's tony wedding in June 2013. According to the Daily Mail, he was "tearing up the dancefloor" when one of his pals knocked him in the face.

In August 2011, Prince Harry reportedly fell into a pool while dancing near the edge at a Croatian nightclub during an evening of hard partying.

Prince William and Duchess Kate accidentally wore the wrong outfits while visiting the Solomon Islands in September 2016. The duo typically don traditional ensembles that pay homage to the nation they're visiting during official engagements, but apparently the wrong wardrobe was laid out for them on this particular trip. The Daily Mail reported that Will and Kate actually wore outfits that are traditional in the Cook Islands, which are 3,000 miles away from the Solomon Islands.

The royal family has even been involved in an old-fashioned love child scandal! Back in 1984, Captain Mark Phillips, who was married to the queen's daughter, Princess Anne, at the time, had a one-night stand with New Zealand art teacher Heather Tonkin, which resulted in the birth of Felicity Tonkin, the half-sister of royals Zara Tindall and Peter Phillips. This controversial story resurfaced in August 2017 when it was revealed that New Zealand-based Felicity, now married and going by Felicity Wade, had welcomed her first child, a son. The Daily Mail reported that it was unlikely the baby would be acknowledged by any of his royal relatives, who've not embraced Felicity either. 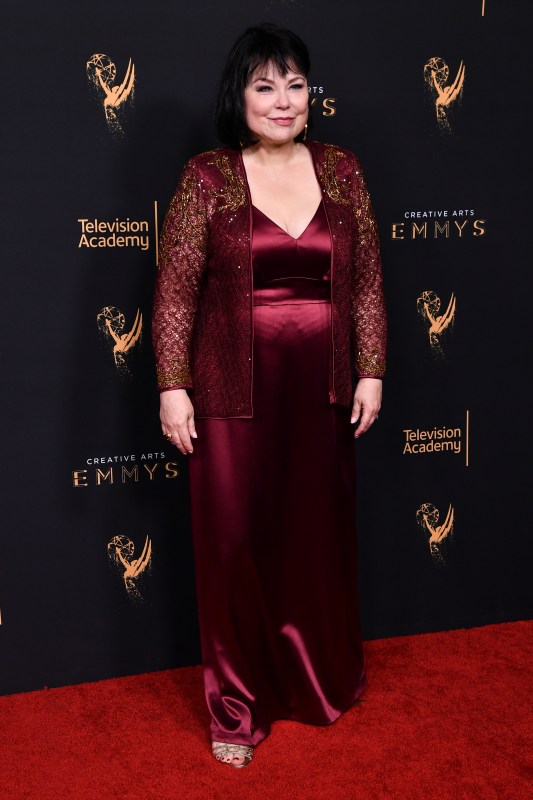