Quite a few celebrities have very talented daughters who have become famous in their own right. In celebration of Billy Ray Cyrus' 57th birthday on Aug. 25, Wonderwall.com is taking a look at a few of those stars, starting with Billy Ray himself. The "Achy Breaky Heart" hitmaker is the father of platinum recording artist and actress Miley Cyrus. A former Disney child star, Miley has made a name for herself in Hollywood with three No. 1 albums, nine Top 10 entries on the Billboard Hot 100, several hit movies and a high-profile relationship with fellow A-lister Liam Hemsworth. Keep reading to see what other stars have famous daughters…

Oscar winner Goldie Hawn is the mother of actress Kate Hudson, whom she raised with longtime partner Kurt Russell. Kate — who's set to welcome her third child in 2018 — is well-known for her roles in "How to Lose a Guy in 10 Days," "The Skeleton Key," "You, Me and Dupree," "Nine," "Deepwater Horizon" and "Almost Famous," for which she won a Golden Globe.

Aerosmith rocker Steven Tyler is the father of actress Liv Tyler, whom he shares with former model Bebe Buell. Liv emerged from her father's shadow in the late 1990s when she starred in the blockbuster "Armageddon." She has since appeared in the "Lord of the Rings" film trilogy, "Jersey Girl," "Reign Over Me," "The Leftovers" and "Harlots."

A-list actors Jada Pinkett Smith and Will Smith are parents to singer Willow Smith, who achieved international recognition when she was only 10 years old with the release of her worldwide hit "Whip My Hair" in 2010. She's since emerged as a force to be reckoned with on the indie R&B music scene after releasing two albums and touring with Jhene Aiko.

Grammy-winning rocker Lenny Kravitz and "Cosby Show" alum Lisa Bonet are the parents of actress Zoe Kravitz. The couple's only child together is on her way to A-list status thanks to appearances in huge blockbusters such as "X-Men: First Class," the "Divergent" film series, "Mad Max: Fury Road," "The Lego Batman Movie" and the "Harry Potter" spin-off "Fantastic Beasts and Where to Find Them" as well as on HBO's award-winning project "Big Little Lies."

Academy Award-nominated actress Melanie Griffith and Golden Globe winner Don Johnson are parents to an equally famous daughter, Dakota Johnson. The actress became a worldwide name when she landed the role of Anastasia Steele in the "Fifty Shades of Grey" trilogy, which wrapped in 2018.

Emmy winner and "Meet the Parents" star Blythe Danner is the mother of actress Gwyneth Paltrow, who's a certified A-lister. The Goop founder has starred in a host of films from blockbusters like "Avengers: Infinity War" to dramas like "Shakespeare in Love" and is also an Oscar-winning mother of two.

MSNBC anchor Brian Williams is the proud dad of actress Allison Williams, who is best known for her work as Marnie Michaels on the HBO series "Girls" and her critically acclaimed performance in the 2017 film "Get Out."

Academy Award winner and "Ray Donovan" actorJon Voight is the father of A-list actress and fellow Oscar winner Angelina Jolie. At this point in her career, Angie's fame has superseded her father's thanks to starring roles in super-successful films like "Maleficent," "Changeling," "Mr. & Mrs. Smith" and "Girl, Interrupted." The mother of six is also famous for her wild and messy love life which has included three marriages.

Country music icon Naomi Judd is the proud mom of not only country music singer Wynonna Judd — her partner in the Judds — but of actress Ashley Judd, who is best known these days for her work as Rebecca Winstone on the TV series "Missing," for which she was nominated for an Emmy, and her role in the "Divergent" film series. The Harvard grad has also gained widespread praise for being one of the first stars to go public with her allegations of abuse at the hands of disgraced movie mogul Harvey Weinstein.

Late Hollywood icon Debbie Reynolds is the mom of actress Carrie Fisher, who became an international superstar when she played Princess Leia in the "Star Wars" film franchise. Sadly, both actresses died in late December 2016 — Debbie passed away only one day after her daughter.

Academy Award-nominated actor Eric Roberts is the father of actress Emma Roberts, who has starred in hit movies and shows such as "Nerve," "Scream Queens" and "American Horror Story." Emma has also made headlines for her high-profile relationship with "AHS" co-star Evan Peters.

Rolling Stones frontman Mick Jagger is a father of eight. One of his daughters is model daughter Georgia May Jagger. The blonde beauty — whose mom is modeling legend Jerry Hall — has worked for Hudson Jeans, Chanel, H&M, Miu Miu, Versace and Vivienne Westwood.

"Days of Our Lives" actor John Aniston is the proud dad of A-list actress Jennifer Aniston, who first came to fame starring as Rachel Green on "Friends." Jen has since made headlines for her popular movies like "Marley & Me" and "Horrible Bosses" as well as her high-profile marriages to Brad Pitt and Justin Theroux.

"The Talk" co-host Sharon Osbourne and Black Sabbath frontman Ozzy Osbourne are parents to Kelly Osbourne, who's best known for being a longtime host on the hit E! show "Fashion Police."

Late "Lovin' You" hitmaker Minnie Riperton passed on the performing bug to her daughter, "Saturday Night Live" alum Maya Rudolph (as a child, left). The actress has starred in several blockbuster comedies such as "Grown Ups" and "Bridesmaids" and hit TV shows like "The Good Place."

Iconic music producer Quincy Jones and actress Peggy Lipton are the parents of actress Rashida Jones (pictured), who's starred in a number of successful movies and shows like "The Office," "I Love You, Man" and "The Muppets." The former couple are also parents to actress and fashion designer Kidada Jones.

Late actor John Drew Barrymore is the father of Hollywood icon Drew Barrymore. The actress has been famous since she was a child starring in "E.T. the Extra-Terrestrial" in the 1980s. Today, Drew is well-known for her work in "Ever After," "The Wedding Singer," "Charlie's Angels," "Never Been Kissed," "50 First Dates" and "Santa Clarita Diet."

The Beatles' Paul McCartney is the proud dad of designer Stella McCartney, who has established herself as a force in the fashion world. Her eponymous fashion house produces one of the most sought-after brands in the world — Duchess Meghan Markle even wore one of her dresses to her royal wedding reception!

Grammy winner Phil Collins is the father of Lily Collins, who established herself as a highly sought-after actress thanks to her work in "Mirror Mirror," "The Mortal Instruments: City of Bones," "Love, Rosie," "Abduction" and "Rules Don't Apply." 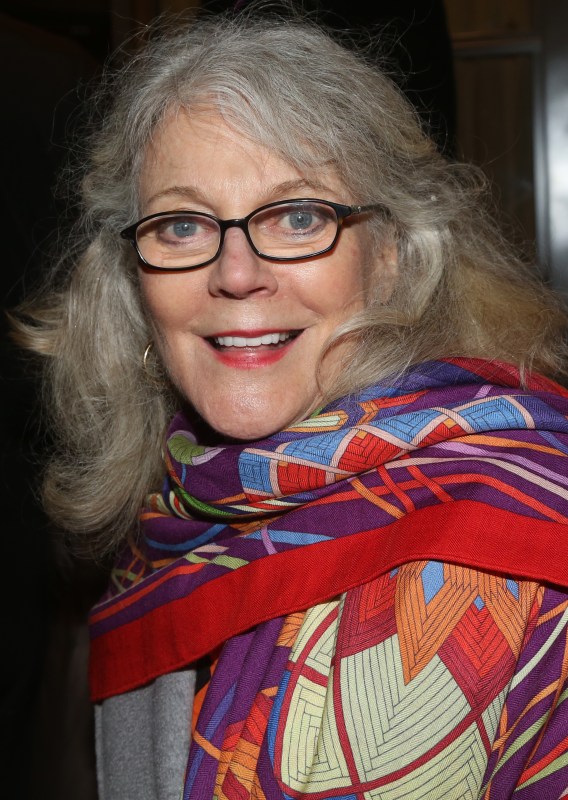