Don't look now, but professional wrestlers are starting to have a stranglehold on Hollywood. Not only are these fit and muscled men and women getting their camera time on weekly wrestling programs — they're also owning TV and movie screens. Take Ronda Rousey, for instance. She made a name for herself as a professional wrestler and mixed martial artist (and even earned a bronze medal in judo — the first American woman to medal — at the 2008 Summer Olympics!). She transitioned to the WWE in 2018 but over the last few years has also been making a name for herself in Hollywood. She's starred in films like "The Expendables 3," "Furious 7" and "Mile 22" and now she's taking over the small screen. In 2019, Ronda joined the cast of Fox's "9-1-1" as Lena Bosko and the cast of E!'s "Total Divas" for the show's ninth season. In honor of this birthday girl turning 33 on Feb. 1, 2020, Wonderwall.com is taking a look at how other professional wrestlers are storming Hollywood too…

Does anyone even remember that Dwayne Johnson was a wrestler? The man is a bona fide movie star and one of the most bankable actors in Hollywood. In 2019, he was named the highest paid actor in the history of Forbes' Celebrity 100 after he raked in $89.4 million from June 2018 to June 2019. With the exception of a few blink-and-you-missed-them "comebacks," The Rock largely retired as a professional wrestler in the early '00s. He's gone on to star in more high-profile films and franchises than you can count ("Fast & Furious Presents: Hobbs & Shaw," "Jumanji," "Central Intelligence," "San Andreas" and more). He was also the lead on the HBO series "Ballers" from 2015 to 2019. Oh yeah, he's also a legitimate producer at his Seven Bucks Production company.

John Cena has slowly but surely transitioned from being a wrestling legend to a Hollywood staple. John's movie career began with a few straight-to-DVD movies and a few TV cameos in which he played himself. But he had a breakout moment in 2015's "Trainwreck" opposite Amy Schumer. He's since been in big-budget films such as "Daddy's Home 2," "Ferdinand" and "Bumblebee." He'll also star in the ninth installment in the "Fast & Furious" franchise, which comes out in 2020, as well as the 2021 sequel to DC's "Suicide Squad."

RELATED: Why we love John Cena

Twins Nikki and Brie Bella are mainstream names these days. Not only have they both been WWE champions, but they are reality TV mainstays. In 2013, the sisters, along with several other WWE "divas" (as they were known at the time), appeared on "Total Divas" on E! Nikki and Brie were easily the breakout stars of the show. They did so well, in fact, that they got their own spinoff, "Total Bellas." They've appeared on more late night television shows than anyone can probably tally, and Nikki competed on "Dancing With the Stars" in 2017, where she met her latest fiancé — her dance partner, Artem Chigvintsev — whom she fell for after calling off her engagement to wrestler John Cena. In late January 2020, the women dropped a bombshell: they're both pregnant and due less than two weeks apart. It will be Brie's second child, and Nikki's first. "Wait, twins being pregnant at the same time?" Brie told People. "People are going to think that's a joke. We both are shocked. People are going to think we planned it, but you can't really plan pregnancy!"

Dave Bautista left WWE in 2010, largely to try his hand at acting. He later came back a few years later, only to leave again. He had a good reason to look elsewhere, as he was starting to crack Hollywood, especially after starring in Disney's massive hit film "Guardians of the Galaxy" and its sequel. Dave reprised his Drax character in "Avengers: Infinity War" and "Avengers: Endgame" too. He was a main player in "Hotel Artemis," "Stuber" and "Blade Runner 2049" and has more movies in the pipeline including "Dune" and a third "Guardians" film.

"Stone Cold" Steve Austin launched his own interview-style show, "Straight Up Steve Austin," on USA in August 2019. But it wasn't the legendary star's first time working in the Hollywood arena: The wrestler starred in "Grown Ups 2," "The Expendables" and 2005's "The Longest Yard."

Hulk Hogan , who's arguably the most well-known wrestler of all time, has had no shortage of screen time over the last several decades. He was in "Rocky III," "Mr. Nanny," "Suburban Commando," "No Holds Barred," "Gremlins 2" and several scripted TV series. For three years, he and then-wife Linda, along with their children, also had reality TV show on VH1, "Hogan Knows Best."

Professional wrestling has no shortage of drama — in fact, it's scripted that way — but so, too, does "Total Divas," the E! reality TV show that chronicles the lives of several of WWE's top female wrestlers. Nikki and Brie Bella were famously on the show — a top performer for the network — for eight seasons before leaving, though they return for guest appearances. The reality series, which kicked off season 9 in 2019, has featured Natalie Neidhart (her family is wrestling royalty), Trinity Fatu, Lana, Alexa Bliss, Nia Jax and so many others, but Ronda Rousey recently joined the mix.

Mike "The Miz" Mizanin had a different road to screen time than other wrestlers. In 2001, he starred as himself on MTV's "The Real World." It was after that that Mike became a WWE star and champion. He's led several films from WWE Studios' "The Marine" series. Mike has hosted "The Challenge" on MTV and also has his own USA network reality show with his wife, Maryse Mizanin, called "Miz & Mrs."

They don't get much bigger than Kevin Nash in the wrestling world (literally! He's 6-foot-10). Kevin had bit roles on several TV shows before he began his wrestling career in the mid-'90s. In the ring, he's a legend. After retiring, he caught the acting bug again and began a successful film career. You've seen him in "The Longest Yard" and a slew of TV movies. But his big break really came when he starred as Tarzan opposite Channing Tatum in "Magic Mike" and "Magic Mike XXL." In 2014, he also starred in "John Wick," racking up even more legitimate acting credentials.

Andre the Giant, who died in 1993, was one of the first professional wrestlers to really break into Hollywood. Who could forget him as Fezzik in "The Princess Bride"?! In 1976, he also starred on a few episodes of "The Six Million Dollar Man," a massive show at the time.

Paul Wight, known more commonly as "The Big Show" in WWE, is another big man with big plans in Hollywood. He's got a ton of experience too. His first major acting role was as Captain Insano in "The Waterboy," where fans saw him taunt Adam Sandler's character. In 2016, he starred on "Van Helsing" for 13 episodes, and he's also had an arc on Syfy's "Happy!" His biggest Hollywood role, though, is yet to come: In July 2019, it was announced that he's getting his own Netflix comedy series, "The Big Show Show," which debuts in the spring of 2020.

You know Saraya-Jade Bevis as Paige from WWE, and she's also been a star on "Total Divas" for several seasons. Sure, the English wrestler hasn't really been on the big screen, but her presence has been felt in theaters. In 2019, Dwayne Johnson (heard of him?) produced a movie called "Fighting With My Family." The film premiered at the Sundance Film Festival and later moved into cinemas. The movie — which starred The Rock, Florence Pugh, Vince Vaughn and Lena Headey — was based on Paige's real life.

Roman Reigns (real name: Joe Anoa'i) has been a workhorse for WWE since 2012. He's constantly turning up on late night TV shows, morning shows and ESPN. Does he have an eye on Hollywood? Maybe. In August 2019, he got his first movie credit when he starred as Mateo in "Fast & Furious Presents: Hobbs & Shaw." If Roman wants to pursue a film career, he certainly knows one of the bigger power players in Hollywood: His cousin is none other than Dwayne Johnson.

Bill Goldberg — can you hear the "Goldberg" chants right now?! — was one of the most dominant men in the history of WCW and WWE. After he decided to give his body a break, Bill dabbled in TV and film. You saw him in "The Longest Yard," "The Goldbergs" and "NCIS: Los Angeles." He also once lent his voice to "Family Guy."

Stephen Farrelly, otherwise known as Sheamus, has been loyal to WWE since 2009. He's one of the older men still doing it day in and day out and is also one of the true nice guys outside the ring. There's a good chance that he'll be headed to a theater near you — he's already got a good resume and has shared the screen with a lot of household names: He starred opposite Megan Fox in "Teenage Mutant Ninja Turtles: Out of the Shadows" and acted opposite Dwayne Johnson in "Fighting with My Family." He was on the screen with Olivia Munn, Dax Shepard and Josh Duhamel in "The Buddy Games" in 2019 too. So, yeah, he's learning from some pretty good people. 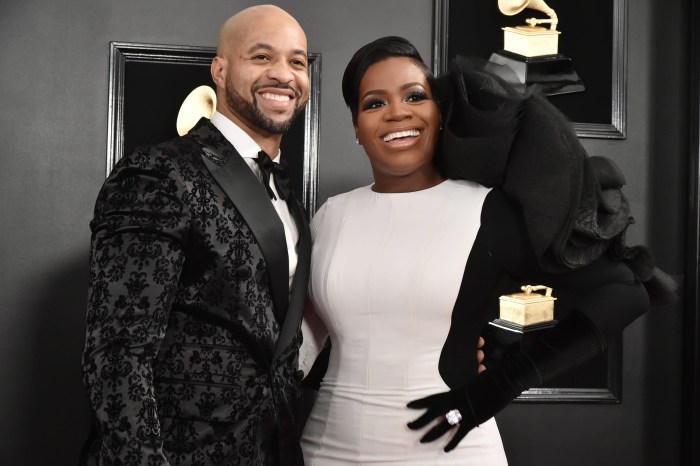