Superhero movies make bank. 2019's "Avengers: Endgame" became the highest grossing film of all time when it earned nearly $3 billion dollars at the worldwide box office — three other films in the Marvel series also appear on the list of the top 10 highest grossing films of all time. In honor of "Avengers" franchise star Chris Hemsworth's 36th birthday on Aug. 11, 2020, Wonderwall.com is taking a look at the richest stars who play superheroes, starting with the Aussie actor, who's spent much of the last decade playing Thor. He debuted as a Marvel superhero for a $150,000 paycheck, which is nothing compared to what he's making now. For "Avengers: Infinity War," Chris pocketed $15 million — and he may have earned up to $30 million for "Thor: Ragnarok." Forbes has reported his income as $37 million in 2014, $27 million in 2015, $31.5 million in 2017 and $64.5 million in 2018. Keep reading to see what other actors have raked in major dollars playing superheroes…

Playing Iron Man has been extraordinarily profitable for Robert Downey Jr. Starting in 2008, he headlined the "Iron Man" movies and appeared in three "Avengers" ensemble films plus "Captain America: Civil War" and "Spider-Man: Homecoming." They've kept him busy: Between 2015 and 2019, the only films he appeared in were ones in which he played Iron Man or Tony Stark. For "Avengers: Endgame," RDJ earned a reported $75 million between his $20 million salary and profits from a back-end deal based on box office success (the movie earned $2.7 billion worldwide). That $20 million salary was a massive bump from the first film he did, where he agreed to a $500,000 paycheck. It was a good gamble to accept the lower salary initially as he's since earned hundreds of millions of dollars.

Chris Pratt transitioned from comedian to superhero in 2014 when he starred in "Guardians of the Galaxy" and has raked in major dough ever since (he's consistently appeared on Forbes' World's Highest Paid Actors list since 2015). Chris, who plays Star-Lord, has reprised his role in three more films with a fourth, "Guardians of the Galaxy Vol. 3," in the works. His original salary was around $1.5 million, but he's now reportedly in the eight-figure range for his Marvel gigs.

Ben Affleck has appeared as Batman and Bruce Wayne in three films and there are reports he's agreed to return to the DC Universe. In 2016, the year of his first appearance in the iconic black suit, Ben earned $43 million, according to Forbes. For 2017's "Justice League," he increased his film earnings, as he was also an executive producer on the movie.

Vin Diesel voices Groot in the "Guardians of the Galaxy" and "Avengers" movies. The year the first "Guardians" movie came out, he earned $54.5 million. While Vin's role seems easy — he repeatedly says "I am Groot" — he is an integral part of a movie franchise that's brought in billions of dollars at the worldwide box office, so he's making bank.

Gal Gadot won over superhero fans with her titular performance in 2017's "Wonder Woman," for which she was paid $300,000. After proving that she's a box office draw, she scored a $10 million payday for her work in "Wonder Woman 1984," which is slated for a late-2020 release. Her net worth will only go up, as a third "Wonder Woman" film is said to already be in the works.

Between 2005 and 2008, Christian Bale played Batman in the Christopher Nolan-helmed Dark Knight trilogy. It's been reported that for his second portrayal in "The Dark Knight," he was paid $10 million plus a $20 million bonus. For the third film, "The Dark Knight Rises," he got a raise to $15 million. He could have continued playing Batman but reportedly turned down a massive $50 million payday to continue with the character. "We were incredibly fortunate to get to make three. That's enough. Let's not get greedy," he told Entertainment Weekly.

Jason Momoa made his superhero debut in 2016's "Batman v Superman: Dawn of Justice" as Aquaman. He returned for 2017's "Justice League" in an expanded role and in 2018 headlined his own "Aquaman" film. He'll also be in 2021's "Zack Snyder's Justice League." For the first "Justice League," Jason was reportedly paid $4 million; he received a hefty bump in his paycheck to $14 million for "Aquaman."

Ryan Reynolds was paid $2 million for "Deadpool," which ended up being a smash success. Because of his back-end deal, he was able to increase that, as the film grossed nearly $800 million, to a nearly $10 million payday. Given that "Deadpool 2" earned even more money than the original, we can only assume Ryan's doing quite well financially.

Scarlett Johansson's character, Natasha Romanoff — aka Black Widow — was introduced in "Iron Man 2" and she has appeared in numerous films within the "Avengers" and "Captain America" franchises as Black Widow since. For 2020's standalone film "Black Widow," Scarlett is reportedly making at least $15 million. Like many of her colleagues, her initial income from Marvel Universe projects started "low" — she was reportedly paid just $400,000 for her first appearance.

Playing Clark Kent and Superman has kept Henry Cavill busy since 2013 in four films: "Man of Steel," "Batman v Superman: Dawn of Justice," "Justice League" and "Zack Snyder's Justice League." For his debut, he was paid a modest $300,000, but the Brit ended up pocketing a reported $14 million between the films thanks to back-end profits and endorsements.

Mark Ruffalo has been acting since the late 1980s, but his role in the "Avengers" movies are by far his most high-profile. Since 2012, he's played Bruce Banner and Hulk in "The Avengers," "Avengers: Age of Ultron," "Thor: Ragnarok," "Avengers: Infinity War" and "Avengers: Endgame." For the first film, he earned approximately $2 million, but by "Endgame," he was thought to be making closer to $15 million.

Chris Evans has appeared in 11 films as Steve Rogers/Captain America following the release of 2011's "Captain America: The First Avenger." For the first movie, Chris earned $1 million, and after that, he's seen his paychecks increase to $15 million for one movie.

Jeremy Renner first played Hawkeye in 2011's "Thor" and has since appeared on screen as the Avenger four more times. His first showing was a cameo, but he's worked his way up, scoring a $3 million paycheck for "Avengers" followed by $6.1 million in "Avengers: Age of Ultron." He's done two films since and considering his co-workers' escalating paydays, it's clear he's also been increasing his earnings with each movie too.

Tobey Maguire played Peter Parker/Spider-Man in three movies between 2002 and 2007. He was said to have earned $4 million for the first film, $17.5 million plus back-end profits for the second film and $15 million plus back-end profits for "Spider-Man 3." He made out better than his successor, Andrew Garfield, who only earned $500,000 for his first turn in the Spidey suit.

Samuel L. Jackson, who plays Nick Fury in the Marvel Universe, might not have the largest role in the franchise, but he's still scored some large paychecks. The prolific actor, who typically takes home $10 to $20 million per a movie, is said to have raked in $4 to $6 million for his superhero movies, even if he's just making a cameo.

Zoe Saldana joined the Marvel Universe in 2014 as Gamora in "Guardians of the Galaxy." For the first film in the franchise, she was reportedly paid a mere $100,000, but with profit sharing and the film's incredible successes, she has no doubt been able to negotiate and earn even more for "Guardians of the Galaxy Vol. 2," "Avengers: Infinity War" and "Avengers: Endgame."

Bradley Cooper plays Rocket the Racoon in the "Guardians of the Galaxy" films and has made additional appearances in "Avengers: Infinity War" and "Avengers: Endgame." While his exact compensation remains unknown, it's believed he makes a few million for each film, which only involves voice work. In 2019, Forbes reported his earnings were $57 million for the year, so Bradley's doing just fine. 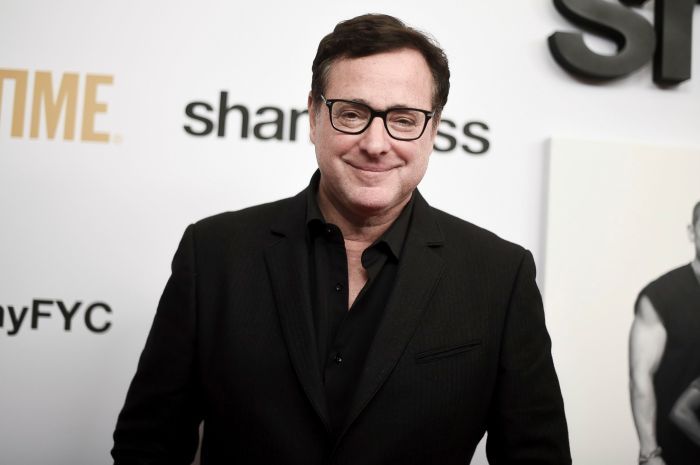