Fans aren't the only ones who were left out of the loop with regard to Kylie Jenner's pregnancy. Kylie's half- brother, Brody Jenner, recently told TMZ he and Kylie hadn't spent quality time together "in years," which might explain why he's been disconnected from her stork news. "Well, to be honest, I didn't even know she was pregnant for the entire pregnancy. Now I found out and would love to see her," he said. "Relationship's always been there, but you know they're busy," he added. "It is what it is. I would love to meet the baby." Kylie and Travis Scott welcomed their first child together, Stormi, on Feb. 1.

Justin Timberlake doesn't want his fans to shop on empty stomachs, apparently. On Thursday, Feb. 8, the singer — who launched a popup shop in New York City for the weekend, featuring clothing inspired by his new album — appeared outside the store with 12 boxes of pizza for folks who'd been waiting in line, according to Just Jared. On Instagram, he described the popup concept as "a custom, collaborative product for every song on the album." The pieces were designed by former Yeezy designer Heron Preston.

Why Anna Paquin keeps her kids under the public radar

Don't bother looking for photos of Anna Paquin and Stephen Moyer's twins, Charlie and Poppy, on social media. The former "True Blood" star tells "Today" she and her husband decided to make a formal effort to keep their kids out of the spotlight. "'Everyone chooses what works for their family. There are aspects of one's private life that are fun and cute and not too revealing. I've always been very private. I'm not as neurotic about it as I was when I was younger. I don't want people to know too much about my real, inner private life," she says (via People). "That's part of having been a teenager and feeling constantly, brutally self-conscious and not wanting anyone to stare at me but having a job where that was part of it."The actress adds that she wants "the right to say that they're not fair game," joking, "Don't mess with my cubs." Asked how a mom handles the task of raising twins, Anna went straight to a trickier scenario — triplets. "How the eff do you raise triplets? It's lucky that you have two hands," she said. "You have two boobs, two legs, two hands. Two kids are plenty." She went on to admit that while she's "exhausted all the time," she's figured out a few tricks to make life easier. "You figure out where the enclosed playgrounds are. It's a bit of a logistical joke," she says.

Elton John cancels shows, freeing himself up for royal wedding

When Prince Harry and Meghan Markle say "I do" in May, there's a good chance Elton John will be among the celebs on hand to help the couple celebrate, as he was when Prince William married Duchess Kate. The New York Post reports the Rocket Man, who was close friends with William and Harry's mother, Diana, was open about his interest in attending the royal wedding but wasn't sure if he could be there because of his scheduled shows in Las Vegas that weekend. Now, he's canceled the shows, leaving himself open for an invite to the May 19 festivities.

Prince William is 'sleeping as much as [he] can' ahead of baby No. 3

With baby No. 3 on the way, Prince William is making shuteye preparations for his family's new addition. "Our third child is due in April, I'm getting as much sleep as I can," he said this week at an awards ceremony for Centrepoint, a homelessness charity both he and his late mother, Princess Diana, have supported, according to Hello. When someone joked that he might consider having twins to save time, William admitted, "I think my mental health would be tested with twins." Speaking to another attendee at the event, he admitted, "Two is fine, I don't know how I'm going to cope with three, I'm going to be permanently tired."

Dakota Johnson's "Fifty Shades of Grey" character may seem less experienced than her leading man in the boudoir but Jamie Dornan says there were some things she taught him on the set of the franchise's first installment. "I think Dakota would be quicker to give me a note than a director," he told Stephen Colbert during a chat this week (via Us Weekly). "I guess there's a sexy way to take off a girl's underwear. … There's a more delicate and sensual way to do it, which is thumbs into the side … and then you sort of shimmy it down." Jamie and Stephen shared a laugh as Stephen attempted a demonstration of the move. As Us points out, Jamie's made other allusions to the fact that he's not at all like his BDSM-loving character, Christian Grey, telling E! News that he "panics" when people call him "Mr. Grey" in situations like when he's waiting in line in Starbucks — and holding one of his small children.

Kristin Cavallari is headed back to reality TV. TMZ reports the former "Hills" star is working on her own show about her life in Nashville, Tennessee, where she and her husband Jay Cutler moved after the Chicago Bears axed him. The series will reportedly focus on her jewelry and fashion projects. Jay recently resigned a contract with the Miami Dolphins.

"My ❤️." That's how Gavin Rossdale, 52, captioned this rare shot of him with his girlfriend, Sophia Thomalla on Thursday, Feb. 8. According to ET, Gavin was first seen sharing a kiss with the 28-year-old actress and model in March 2017. Other than, he's mostly kept his personal life on the down low since splitting from Gwen Stefani, saying his priority is being a good father to the three children they share. "I have an incredible life with them, and that's what matters," he said in 2016.

Kelis is looking for a boost in the $8,000-a-month child support payments she gets from Nas. The singer has asked a judge to reconsider the arrangement she has with her ex-husband for financial help with their son Knight, citing Nas' new and improved money situation and the fact that Knight has different needs than he did when the current amount was ordered, according to TMZ. The pair split in 2009, with Kelis claiming verbal abuse and infidelity in court documents related to their divorce.

A man was arrested on charges of aggravated stalking and harassment after Bella Hadid noticed he'd posted a photo of her apartment in New York City and became concerned. TMZ reports her security team found the man hanging out near her home and tracked him as he headed north, where police caught up with him. Police tell TMZ they believe he's the same person who's been sending her threatening messages over social media since October. 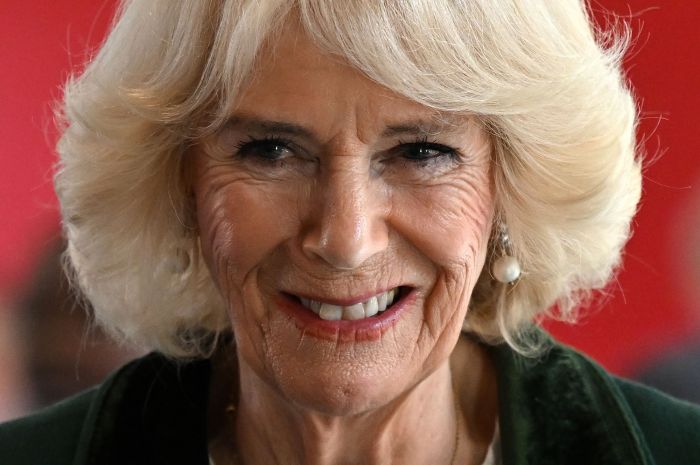