The relationship between Debra Messing and Megan Mullally is crumbling, according to reports and speculation. For months, there have been rumors that the "Will & Grace" stars are feuding. Now fans have noticed that the women no longer follow each other on Instagram. Both still follow co-stars Sean Hayes and Eric McCormack. NBC already announced that the upcoming season will be the reboot's last, and now several media outlets are claiming that the "frosty" relationship between the women is to blame for the cancellation. The unfollowing comes after Megan deleted a cryptic post on her Instagram Story that said, "One of the best feelings is finally losing your attachment to somebody who isn't good for you!" Many wondered if that was a dig at Debra. In a separate cryptic post, Megan said, "Don't ask people for directions if they've never been where you're going!" On Aug. 15, a video from the set showed the women keeping their distance.

RELATED: Co-stars who didn't get along

Following an Aug. 10 confirmation from Miley Cyrus's publicist that the pop star's seven-month marriage to Liam Hemsworth was over, the former couple broke their silence about the split. On Aug. 11, Miley penned a long message about nature that was littered with cryptic undertones about her personal life. "Don't fight evolution, because you will never win…. change is inevitable…" she wrote on Instagram. "I was taught to respect the planet and its process and I am committed to doing the same with my own." On Aug. 13, Liam took to Instagram to write in part, "Just a quick note to say that Miley and I have recently separated and I wish her nothing but health and happiness going forward." And at midnight on Aug. 16, Miley dropped a new song, "Slide Away," that seems to be all about the end of her marriage. Adding to the drama? The same weekend the split news came out, Miley was photographed passionately kissing Brody Jenner's ex, Kaitlynn Carter. A source told People magazine of Miley and Liam, "They're not on the same page when it comes to a lot of fundamental things that make a relationship work."

It was a crazy week for this reality TV family: "Chrisley Knows Best" stars Todd Chrisley and wife Julie were indicted by a federal grand jury on Aug. 13 for tax evasion and other financial crimes. The next day, the couple surrendered to the FBI and pleaded not guilty before a judge. Atlanta's WSBTV reported that the 12-count indictment, which also implicates the couple's former accountant, alleges tax evasion, wire fraud and the use of the Chrisleys' production company to hide their reality TV income from the IRS. The indictment claims the family didn't pay income taxes from 2013 to 2016 and used false documents to secure millions in loans. Todd defended the family in a lengthy Instagram post a day before the indictment, claiming they were being blackmailed. He wrote that he wouldn't "go into details," about the case, but said it "involved all kinds of really bad stuff like creating phony documents, forging our signatures, and threatening other employees with violence if they said anything." He added that his family has "nothing to hide and have done nothing to be ashamed of… we know we've done nothing wrong." He added that they have "hard evidence" to prove it. Later the same week, Todd's estranged daughter, Lindsie, accused her dad and half-brother Chase of trying to extort her with a sex tape. They've denied that accusation.

RELATED: Stars who had trouble with the IRS

Geena Davis has committed a pop culture sin: She admitted she lied to Oprah Winfrey. The actress and Dr. Reza Jarrahy have been embroiled in a vitriolic legal war for well over a year — ever since Reza filed for divorce and asked for spousal support and a property split and Geena countered to claim they were never legally wed. On Aug. 12, details of a deposition she gave in the case came to light. In part of it, TMZ reported, Geena said she and the craniofacial surgeon "intended to become married — to be really married" and admitted she'd lied to Oprah about her marriage, referring to Reza as her "husband," during an appearance on the media mogul's famed talk show years ago. "You bragged about your marriage to Reza and what a great husband he was, correct?" Reza's attorney asked Geena, prompting her to say she couldn't recall her exact words but remembered the gist of it. "You lied to Oprah?" the attorney asked. "Yes," Geena responded, TMZ reported. In legal documents, TMZ further reported, she also said her wedding video was so heavily edited that it should be excluded from evidence admitted in the case.

Rapper A$AP Rocky was found guilty in his assault case in Sweden, but he won't serve prison time. On Aug. 14, four judges convicted Rocky and two of his friends for assaulting a man during a street fight in Stockholm in late June. He and his crew claimed self defense, but judges saw it differently. The case captured international attention and President Donald Trump even got involved. Although Rocky won't serve more jail time, he will have to pay restitution to the victim and also cover Sweden's court expenses. He will also be on probation for two years. Why won't he be locked up? The judges said he basically already served his time, as he was behind bars for a month while the case played out. On Aug. 2, the judges allowed Rocky to fly home to the States while they decided his fate.

Kaley Cuoco and Karl Cook married more than a year ago, but the two still don't live together. "We're building our dream house and we're eventually going to be under the same roof forever," she told E! News on Aug. 14. "We have a very unconventional marriage, you know." Still, she said she and the professional equestrian see each other all the time — sometimes they just apparently go their separate ways after the night is over. Kaley added that space is "important" to both her and Karl and said their marriage "works well" that way. "We have different locations that we're at a lot," she said. "We're not together every single day."

Bam Margera has agreed to go back to rehab just a week after quitting. The former MTV star checked into treatment in early August after begging Dr. Phil for help, saying his family was in shambles. (The TV doctor met with Bam and his family.) After that meeting, Bam agreed to go to rehab — it was recommended that he stay for 60 to 90 days. He lasted less than a week and checked out. Then, on Aug. 14, he was arrested for trespassing after refusing to leave a Los Angeles hotel. The details surrounding the arrest are bizarre, as Bam claimed a woman paid him $100,000 to catch her husband cheating. The former "Jacka–" star stuck to that story as the officer told him she had more officers en route to diffuse the situation. After he was released from jail, he was reportedly driven straight back to rehab. This time, he's agreed to all of the facility's conditions.

Model Ashley Graham revealed quite the surprise on her and husband Justin Ervin's ninth wedding anniversary: They're expecting their first child! On Aug. 14, she posted a video with Justin in which both say "surprise" as the camera pans out to reveal her baby bump. "Nine years ago today, I married the love of my life. It has been the best journey with my favorite person in the world," she captioned the clip. "Today, we are feeling so blessed, grateful and excited to celebrate with our GROWING FAMILY! Happy anniversary, @mrjustinervin ❤️ Life is about to get even better." Justin later posted a sweet message of his own along with an ultrasound image.

Kristen Wiig is an engaged lady! On Aug. 16, multiple outlets reported that the "Bridesmaids" actress said "yes" to longtime boyfriend Avi Rothman. In fact, the two have reportedly been engaged for several months. The "SNL" alum was first spotted wearing a diamond ring in May. Kristen and Avi have dated for three years. 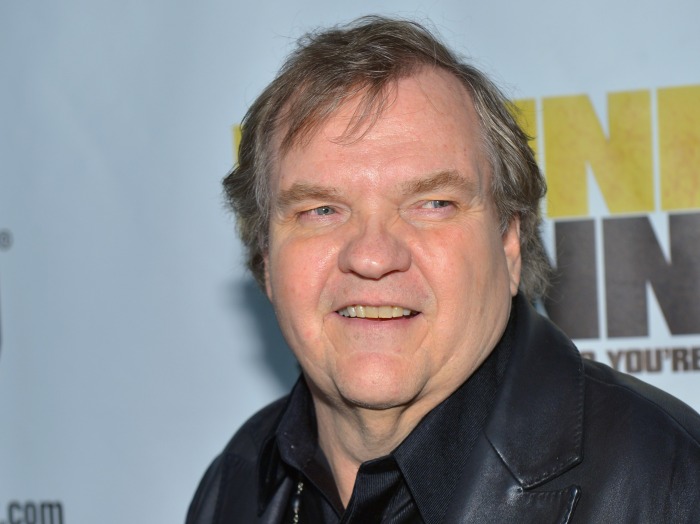