There's probably no family that had a more dramatic week than the stars of USA's "Chrisley Knows Best." There was a 12-count federal indictment for tax evasion, fraud and other financial crimes against Todd Chrisley and wife Julie Chrisley. There was an accusation of blackmail. There were accusations of extortion concerning a daughter's sex tape. There were even claims that that same daughter cheated on her husband with stars from "The Bachelorette." Keep reading to relive all the drama involving the reality TV family in early August 2019…

Here's how it all started. On Aug. 12, 2019, Todd Chrisley took to Instagram to let fans knows that it wasn't going to be a typical week: The reality TV star shared a family photo and a lengthy caption indicating that he and his wife, Julie, were going to be named in a federal indictment. He said the family was being "blackmailed" by a former employee. He wouldn't "go into details" about the case, he wrote, but it "involved all kinds of really bad stuff like creating phony documents, forging our signatures, and threatening other employees with violence if they said anything." He said that his family has "nothing to hide and have done nothing to be ashamed of. Not only do we know we've done nothing wrong," he explained, but the Chrisleys have "tons of hard evidence" to prove it, he insisted.

One day after Todd Chrisley's Instagram post, he and his wife, Julie, were indicted on 12 counts of conspiracy, bank fraud, wire fraud and tax evasion charges in Georgia. The federal indictment says the family didn't pay income taxes from 2013 to 2016 and used false documents to secure millions in loans. The U.S. Attorney's Office for the Northern District of Georgia said that "from at least as early as 2007 through approximately 2012, Todd and Julie Chrisley allegedly conspired to defraud numerous banks by providing the banks with false information such as personal financial statements containing false information, and fabricated bank statements when applying for and receiving millions of dollars in loans." On Aug. 14, 2019, the couple surrendered to authorities and pleaded not guilty in an Atlanta court. Their attorney maintained the couple's innocence too. The upside? Despite their arrests, Todd and Julie were still allowed to travel between Georgia and Tennessee to continue to filming "Chrisley Knows Best."

Following the indictment, Savannah Chrisley and Chase Chrisley publicly supported their parents: Both shared a family photo on Instagram with the same caption: "FAMILY." Both also turned off the function allowing followers to comment on their posts.

Todd Chrisley's formerly estranged son from his first marriage, Kyle Chrisley, weighed in on the drama and supported his dad. "I've seen the stories about my dad's indictment all over the internet. I know the interview I did bashing my dad OVER A YEAR AGO is being shared on social media," he wrote on Facebook on Aug. 14, 2019. "Honestly, I'm tired of it. You guys don't have the facts and I need to set the record straight once and for all. Everything I said in my [2017 "Good Morning America"] interview was a lie [because of drug addiction issues]. These allegations against my dad are all LIES!" The father and son have had a contentious relationship over the years, but they've made up. Kyle also said sister Lindsie Chrisley and their biological mother, Teresa Terry, were the ones who squawked to authorities about Todd and second wife Julie Chrisley's alleged tax crimes.

Lindsie Chrisley, Todd's estranged daughter from his first marriage, saw the allegations that painted her as the government's tipster and she wasn't happy. Her attorney even said that the reality TV family was harassing her. "It was reported that Lindsie was the source of the information that led to her father's arrest. That is untrue, she was not the source of this information," her attorney said in a statement. "Lindsie has been a constant target of lies, harassment and threats from her family and as a result has been distancing herself from the Chrisley family since 2017. Lindsie is currently processing the events that have unfolded. We will continue to cooperate with law enforcement and pray for a just resolution."

On Aug. 15, 2019, Lindsie Chrisley — Todd's estranged daughter — entered the picture in another bizarre way. It emerged that earlier in the summer of 2019, she went to police and claimed that her dad and half-brother Chase Chrisley were "threatening and harassing her" and wanted her to lie about an incident believed to involve Todd's taxes. If she refused to do so, she claimed, her dad and brother threatened to release a sex tape in which she was involved. Lindsie — who believes her brother is in possession of the tape — filed a police report in Georgia, but the case there was later dismissed because the alleged threats and harassment happened in Tennessee. It's unclear if she will refile.

Todd Chrisley vehemently denied having any involvement in obtaining an alleged sex tape featuring his estranged daughter, Lindsie Chrisley, but he dropped a bombshell while discussing it on Aug. 15, 2019: Todd claimed she had affairs with stars from "The Bachelorette." "It's heartbreaking and shameful that these kinds of accusations have to be aired in public. We have tried to keep Lindsie's extramarital relationships with Robby Hayes and Josh Murray private for her sake since August of 2016," Todd said in a statement. "Sadly, for reasons we can only guess at, she ran to the sheriff's office to accuse her brother of buying a sex tape of her and Robby, which was a complete lie, and now she's telling more lies about me." He added, "Although our hearts are broken, Lindsie is our daughter and we will always love her." Lindsie's attorney shot back afterward, saying Lindsie was "flabbergasted at the audacity of Todd and Chase Chrisley, who are more focused on attacking my client rather than defending themselves against the allegations of criminal conduct."

"The Bachelorette" star Robby Hayes hasn't responded to claims that he and Lindsie Chrisley were sexually intimate, but Josh Murray (pictured), who appeared on Season 10 of the dating show where he was star Andi Dorfman's final pick, denied Todd Chrisley's accusations while also throwing shade the family's way on Aug. 15, 2019. "Lindsie and I have been friends for years. I know Todd and his family are going through some tough times right now and I pray everything works out in their favor," he told E! News. "They should probably focus on how not to be imprisoned for 30 years rather than spreading gossip to try and hurt their daughter. I truly believe they are good people and I wish them the best in however they choose to go about their actions."

A week after Todd Chrisley linked his daughter to Robby Hayes, the former "The Bachelorette" star spoke out, squashing the speculation that he and Lindsie Chrisley made a sex tape. "We did not make a sex tape," he said on the "Housewives and Vanderpump" podcast. "I'm not sitting there with a camera aimed down and trying to get the angles. Like, we got caught on the security camera, basically. It was a puppy camera in her friend's living room, the couch we crashed on." Robby added that he and Lindsie are "in the middle of dealing with it."

In the wake of the indictments, arrests and extortion claims and denials, "Chrisley Knows Best" was still taping — it was business as usual. On Aug. 15, 2019, Todd Chrisley posted a quote to Instagram that read, "Tough times never last, but tough people do." He later said, "We are getting back to work after this distraction and our show hasn't been canceled , God delivered much clarity yesterday as to those who set a net for us, so the Lord says, 'May the net your enemies cast for you be the same net they become snared in.'"

Getty Images for The Kevin Carte 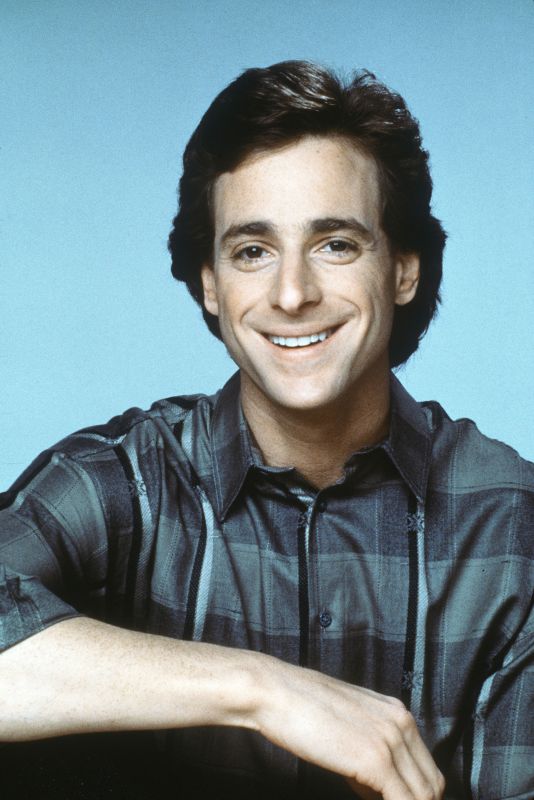