Wreck-It-Ralph is back and this time, he's wrecking the internet! "Ralph Breaks the Internet" hits theaters on Nov. 21, 2018, so Wonderwall.com is taking a look at the cast. Keep reading to find out which actors are lending their voices to the "Wreck-It Ralph" sequel…

RELATED: Meet the cast of "Widows"

John C. Reilly might not be the typical movie star but the 53-year-old actor has starred in some of Hollywood's biggest movies. The Chicago native has appeared in "What's Eating Gilbert Grape," "Boogie Nights," "Gangs of New York," "The Aviator," "Walk Hard: The Dewey Cox Story," "Wreck-It Ralph," "Guardians of the Galaxy" and "Chicago," which earned him an Oscar nomination. Next up, John is set to star in December 2018's "Holmes & Watson" alongside frequent collaborator Will Ferrell. He shares two sons with his wife of 26 years, Alison Dickey.

Sarah Silverman stars as Vanellope von Schweetz, a racer/glitch in the game "Sugar Rush" who turned out to be its lost princess-turned-president, in 2018's "Ralph Breaks the Internet."

Sarah Silverman has been making audiences laugh for decades. The 47-year-old comedian and actress began her career as a writer on "Saturday Night Live" before starring in "Mr. Show," "The Sarah Silverman Program," "School of Rock," "Wreck-It Ralph," "I Smile" and "A Million Ways to Die in the West." She currently hosts the Hulu late-night show "I Love You, America with Sarah Silverman." Sarah previously dated Dave Attell, Jimmy Kimmel and Michael Sheen, whom she broke up with in February 2018.

Gal Gadot is on her way to becoming Hollywood's next big A-lister. The Israeli actress first came to fame starring in the "Fast & Furious" films, but it was her breakout role in 2017's "Wonder Woman" that solidified her star power. She has since appeared in "Justice League" and is set to reprise her role as the super heroine in 2020's "Wonder Woman 1984." Gal shares two daughters with her husband of 10 years, Israeli real estate developer Yaron Varsano.

Taraji P. Henson plays Yesss, an algorithm that determines the trending videos on BuzzTube, in "Ralph Breaks the Internet."

Taraji P. Henson is an Academy Award-nominated actress and Washington, D.C., native who had guest roles on several '90s sitcoms before getting her big break in 2001's "Baby Boy." She has since appeared in "Hustle & Flow," "The Curious Case of Benjamin Button," "Person of Interest," "Think Like a Man" and "Hidden Figures." Taraji currently stars as Cookie Lyon on the FOX series "Empire" — a role that won her a Golden Globe. She is engaged to former NFL player Kelvin Hayden and has one son, Marcell, from a previous relationship.

Alfred Molina plays Double Dan, the creature of the Dark Web, in "Ralph Breaks the Internet."

Alfred Molina has had a long and successful career that spans decades. The 65-year-old actor has starred in a number of noteworthy films including "Raiders of the Lost Ark," "Prick Up Your Ears," "Enchanted April," "Maverick," "Boogie Nights," "Chocolat," "Frida," "The Da Vinci Code" and "Love Is Strange." He also starred on FX's "Feud," a performance that earned him Golden Globe and Emmy nominations. Fans can soon see Alfred in the animated comedy "Henchmen." The British star shares one child with his longtime wife, Jill Gascoine.

Jane Lynch has brought the laughs in a number of movies, such as "Best In Show," "Talladega Nights: The Ballad of Ricky Bobby," "The 40-Year-Old Virgin" and "The Three Stooges," but is perhaps best known for her role as Sue Sylvester on "Glee." Her performance on the FOX musical series earned her a Golden Globe, an Emmy and a SAG Award. In 2019, she'll star in the TV movie "Fairy Tale Forest." Jane was previously married to clinical psychologist Lara Embry. She is currently dating longtime girlfriend Jennifer Cheyne.

Alan Tudyk has made a name for himself starring in several successful projects. The 47-year-old Texas native is well-known for his role as Hoban "Wash" Washburne on "Firefly" and "Serenity" but has also appeared in "DodgeBall: A True Underdog Story," "A Knight's Tale," "42," "Maze Runner: The Scorch Trials" and "Rogue One." In 2019, he will star in the DC Universe projects "Doom Patrol" and "Harley Quinn." Alan married longtime girlfriend Charissa Barton in 2016.

Jack McBrayer plays Fix-It Felix Jr., a repairman who's the hero of an eponymous video game and the husband of Sergeant Calhoun, in "Ralph Breaks the Internet."

Jack McBrayer is best known for his Emmy-nominated work as NBC page Kenneth Parcell on "30 Rock" but has since branched out to other shows and movies. The 45-year-old Georgia native has also starred in "Wreck-it Ralph," "Wander Over Yonder," "Phineas and Ferb," "The Middle," "Bob's Burgers" and "Late Night with Conan O'Brien." Fun fact: He's longtime best friends with Swedish actor Alexander Skarsgard.

Ali Wong is a comedian on the rise. The 36 year old had audiences cracking up during her Netflix stand-up specials "Baby Cobra" and "Hard Knock Wife" and kept the laughs coming on "American Housewife," "Are You There, Chelsea?," "Inside Amy Schumer" and "Black Box." In 2019, she'll star in the comedy film "Always Be My Maybe." Ali married entrepreneur Justin Hakuta in 2014. The couple share two daughters.

Timothy Simons has made a name for himself starring in movies like "The Interview," "Christine" and "The Boss," but he really gained recognition when he landed the role of Jonah Ryan on "Veep." The 40-year-old actor will star in "Extracurricular Activities" and "XX" in 2019. Timothy welcomed twins, a boy and girl, with wife Annie in 2011.

GloZell Green stars as Little Debbie, a character in "Slaughter Race," in "Ralph Breaks the Internet."

YouTuber GloZell Green is making the jump from the computer screen to the big screen with her role in "Ralph Breaks The Internet." The 46 year old got her start on YouTube in 2008 and has since racked up more than 4 million subscribers and over 700 million total views. She even interviewed President Barack Obama in a YouTube livestream hosted at the White House in 2015. GloZell welcomed a daughter, O'Zell Gloriana De Green Simon, via surrogate with her husband, Kevin Simon, in 2016.

Flula Borg is another YouTuber on the come up. The 36-year-old German comedian has amassed nearly 800,000 subscribers and over 93 million total views since launching his channel in 2007. He has since appeared in "Younger," "Workaholics," "Pitch Perfect 2," "Conan" and "Silicon Valley." He currently voices Mega Fat CEO Baby on the Netflix series "The Boss Baby: Back In Business." 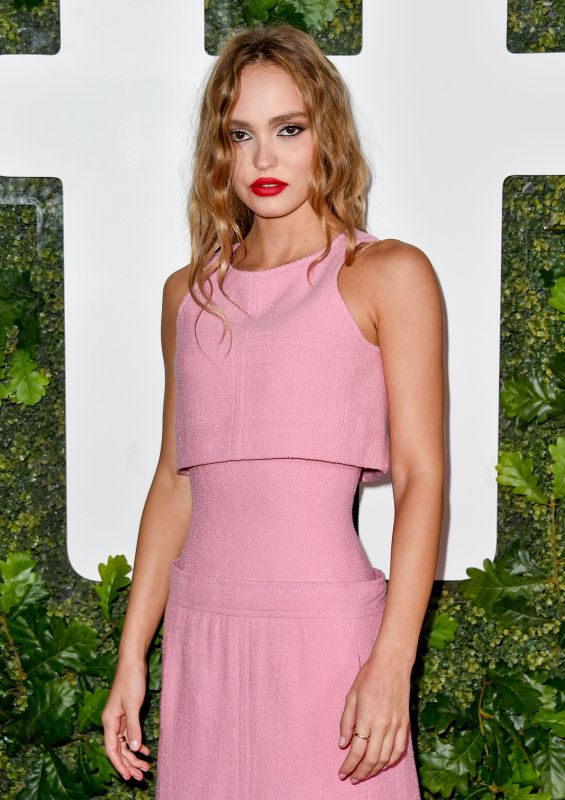