Reese Witherspoon is arguably one of the biggest movie stars in the world and most definitely America's Sweetheart! She's been in so many great movies (and a few stinkers) that it's hard to keep track — so let Wonderwall.com help you! In honor of her 45th birthday on March 22, 2021, we're taking a look at our favorite Reese movies and letting you know where stream them. Let's start with our favorite flick of them all, "Legally Blonde"…

"Whoever said orange is the new pink was SERIOUSLY disturbed." Reese Witherspoon's best movie is, without a doubt, "Legally Blonde." Her game-changing portrayal of sorority president-turned-Harvard Law School student Elle Woods will go down in history as a career-defining performance — and it's one that's still oft-quoted today. We'll never tire of overcoming obstacles and saying, "What? Like it's hard?" We will always love this classic movie!

"Cruel Intentions," the ultimate '90s movie, captured the sexiness and pretentious wealth of Upper East Side teenagers long before "Gossip Girl" ever existed. Reese Witherspoon got to play the "good girl who gets corrupted" opposite Sarah Michelle Gellar and Ryan Phillippe. The 1999 teen movie still holds up to this day, plus we all got to watch as Reese and Ryan fell in love right before our eyes. Also… "Bitter Sweet Symphony" was the best!

Reese Witherspoon nailed the role of Tracy Flick, the obsessive-compulsive Type-A overachiever at the center of 1999's "Election." The Alexander Payne-directed comedy showed the world how convincing Reese could be in such an intense role.

Can you think of anyone who's seen 2002's "Sweet Home Alabama" and not fallen in love with it? Reese Witherspoon starred as a big-city fashion designer who wants to marry the son of New York City's mayor (played by Patrick Dempsey) but first must go back to her hometown and finalize her divorce from her charming childhood friend (played by Josh Lucas). A great reminder that Reese is just a Southern girl underneath it all.

Not only was "Walk the Line" a terrific movie — it cemented Reese Witherspoon as a box office queen and a serious actress — with a surprisingly strong and beautiful voice. In fact, the 2005 biopic about the late Johnny Cash (played by Joaquin Phoenix) earned Reese (who played June Carter Cash) her first Oscar and got Hollywood to start taking her more seriously. June would be proud!

"Wild," based on the novel by Cheryl Strayed, is one of Reese Witherspoon's most ambitious performances. It earned her an Oscar nomination for her work playing a recovering drug addict who embarks on a 1,000-mile hike to recover from a personal tragedy. Reese also served as a producer on the 2014 movie.

2000's "American Psycho" is arguably one of the most iconic movies of the early aughts. Christian Bale's creepy performance as sociopath Patrick Bateman is legendary, but Reese Witherspoon steals the show in the few but fantastic scenes in which she appears as his wealthy, unaware girlfriend who just wants to lock her boyfriend down.

Tobey Maguire and Reese Witherspoon starred together in 1998's "Pleasantville," a dreamy movie about siblings who are transported back to the 1950s and inadvertently add color to a changing world. At the time, this was certainly among Reese's most interesting films and marked the beginning of her more iconic performances.

"The Man in the Moon" on Tubi, YouTube & Apple TV+

One of Reese Witherspoon's first forays into major studio pictures, the rural Louisiana-set "The Man in the Moon," helped introduce the world to the future megastar. The 1991 movie is heavy but has a lot of heart and gave us glimpses of the talent and charisma we've come to expect from a Reese performance as her career blew up.

More Elle Woods? Yes, please! Reese Witherspoon dazzled as Elle Woods in 2003's "Legally Blonde 2: Red, White & Blonde." The sequel, which follows Elle as she fights for animal rights in Washington, D.C., might not have been as fun as the original, but we still couldn't get enough of our favorite blonde lawyer.

"The Importance of Being Earnest" on Paramount+, Apple TV+ & Amazon Prime Video

"The Importance of Being Earnest" marked a big shift in Reese Witherspoon's career as it paired her with heartthrobs Colin Firth and Rupert Everett and legend Dame Judi Dench in an English period piece. The 2002 film was by no means perfect, but her performance in Oscar Wilde's dizzying tale of deception and romance proved that Reese was finally in league with the big boys. And she got to be funny as well as try out an English accent.

More accents! 2004's "Vanity Fair" placed Reese Witherspoon in the socially stagnant world of British high society. James Purefoy starred alongside Reese in this pointed take on how class affected British life and women's roles in it. It also marked one of Reese's early attempts at carrying a major movie.

Heartthrob Robert Pattinson co-starred with Reese Witherspoon in 2011's "Water for Elephants," a 1930s circus-set love story. Rob's character played a veterinarian who falls in love with Reese's character — she's married to the ringmaster — and drama ensues. If you remember, Rob played Reese's son in "Vanity Fair," so this pairing was a little awkward to say the least.

In the 2005 romantic comedy "Just Like Heaven," Reese Witherspoon starred as the ghost of Elizabeth Masterson, a young woman who previously inhabited David Abbott's (Mark Ruffalo) San Francisco apartment. While the film received lukewarm reviews from critics, Reese and Mark were praised for their charming portrayals. The flick did OK too, earning $102.8 million on a $58 million budget.

"How Do You Know" on Hulu, Apple TV+ & Amazon Prime Video

"How Do You Know" has an all-star cast (Reese Witherspoon, Paul Rudd, Owen Wilson, Jack Nicholson) and a super-cute story, but unfortunately, it wasn't enough to make this movie enjoyable. The 2010 rom-com, which was critiqued for its writing and directing, was a box office bomb that grossed only $49 million against $100 million budget. Reese, however, was adorably likable in the flick.

2012's "This Means War" was an action-comedy that never quite worked, despite a stellar cast. A woman (Reese Witherspoon) dating two spies (played by Tom Hardy and Chris Pine) sounds like a dream come true, but the movie turned out to be one of her most underperforming cinematic attempts.

2008's "Four Christmases" paired Reese Witherspoon with Vince Vaughn in a run-of-the-mill holiday comedy about a couple who has to visit all four of their divorced parents in one day. While it might seem like a great idea, the execution here wasn't the strongest and it certainly will not go down as one of their bests. Bah, humbug!

Reese Witherspoon is only in director Paul Thomas Anderson's 2014 film "Inherent Vice" for a handful of moments as Deputy District Attorney Penny Kimball, but they are memorable ones. While this one certainly cannot be blamed on Reese, the high-concept drug-fueled mystery left viewers with more questions than answers. Though it did reunite Reese with her "Walk The Line" co-star Joaquin Phoenix, so there's that!

Sofia Vergara and Reese Witherspoon as two kick-butt action heroines should be entertaining, in theory. Unfortunately, "Hot Pursuit" just didn't live up to the hype. The 2015 film, which stars Reese as a straight-laced cop and Sofia as her wisecracking witness, lacked the humor and chemistry needed for it to work.

"A Wrinkle in Time" is fun female empowerment movie that audiences and critics enjoyed — somewhat. The 2018 sci-fi flick, which stars Reese Witherspoon as an astral being from the planet Uriel, has a celebrated message of diversity, but its heavy emphasis on CGI and major plot holes hurt the film's critical success. 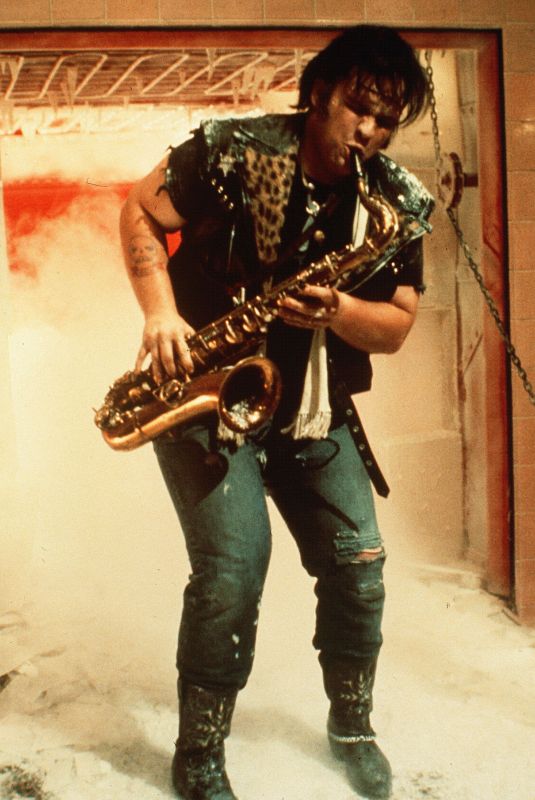