The pop culture obsession with vampires is nothing new. People have been sinking their teeth into stories about bloodsuckers since Bram Stoker's "Dracula" debuted in 1897. Since then, we've seen a wide range of ways in which our favorite undead creatures have been portrayed onscreen. To mark the Jan. 17, 2019, debut of "A Discovery of Witches" — the buzzy new Sundance Now and Shudder drama series based on the first novel in Deborah Harkness's bestselling fantasy All Souls trilogy — Wonderwall.com is taking a look back at our all-time favorite vampires in pop culture, from the sexy to the sinister, starting with this dreamy star of "ADOW"… Matthew Goode stars as seductively handsome and aristocratic vampire Matthew Clairmont, a brilliant warrior-turned-Oxford geneticist who inexplicably finds himself drawn into a forbidden and dangerous romance with American historian (and reluctant witch) Diana Bishop, played by Teresa Palmer, as a dark mystery unravels. Now keep reading for more…

Kate Beckinsale has brought the frequently leather-clad vampire Selene to life in five movies in the popular "Underworld" action-horror film franchise, which kicked off in 2003.

Brad Pitt broke hearts with his portrayal of the tragically lonely vampire Louis de Pointe du Lac in 1994's "Interview With the Vampire."

But Tom Cruise somehow managed to completely charm us as the deliciously ruthless and bloodthirsty Lestat de Lioncourt in 1994's "Interview With the Vampire."

Robert Pattinson became an international heartthrob after he starred as Edward Cullen in the "Twilight" franchise.

We've never wanted to be BFFs with a vampire more than we did after Nina Dobrev's Elena Gilbert was turned on The CW's "The Vampire Diaries."

Lady Gaga won a Golden Globe Award in 2016 for her performance as the seductive and sinister vampiric Countess on FX's "American Horror Story: Hotel."

David Boreanaz won Buffy's heart (and ours!) when he starred as Angel on "Buffy the Vampire Slayer" — and then on his own eponymous spin-off series.

Salma Hayek sashayed her way into one of the most iconic moments in Hollywood vampirism when she portrayed exotic dancer and bloodsucker Satanico Pandemonium in 1996's "From Dusk Till Dawn."

Vampirism was never more romantic than it was on HBO's "True Blood," on which Stephen Moyer starred as Southern gentleman and vampire Bill Compton.

Paul Wesley brooded his way into our hearts as Stefan Salvatore on The CW's "The Vampire Diaries."

But Ian Somerhalder's Damon Salvatore on "The Vampire Diaries" will always be the top dog in Mystic Falls as far as we're concerned.

Alexander Skarsgard starred as Eric Northman on HBO's "True Blood." His seduction techniques were as irresistible as his washboard abs — right, Sookie?

No one has ever made a vampire with bleached blond hair seem cooler than Keifer Sutherland did when he portrayed David in 1987's "The Lost Boys."

Apologies to everyone else on this list, but Gary Oldman's interpretation of the titular vampire in 1992's "Bram Stoker's Dracula" will always be our favorite iteration of the infamous count!

A pre-fame Chloe Grace Moretz was both adorable and atrocious as the vampire Abby in 2010's "Let Me In."

Colin Farrell was more than welcome to nibble our necks when he starred as the vampire Jerry in the 2011 remake of "Fright Night."

James Marsters starred as the antagonist and eventual ally of the Scoobies on "Buffy the Vampire Slayer" and its spinoff, "Angel."

Has there ever been a vampire with bigger biceps than Kellan Lutz's Emmett Cullen in the "Twilight" franchise?

The late Aaliyah made her second and final appearance on the big screen when she portrayed the titular vampire queen Akasha in 2002's "Queen of the Damned."

Rarely have we simultaneously loved and loathed a character as much as Joseph Morgan's Klaus Mikaelson on The CW's "The Originals." (He made his debut as the vampire-werewolf hybrid on "The Vampire Diaries.")

Vampirism is at its all-time funniest in the 2014 New Zealand mockumentary "What We Do in the Shadows." Jonny Brugh starred alongside Taika Waititi and Jemaine Clement, who both co-wrote and co-directed the horror-comedy, as ancient vampire roommates attempting to navigate the modern world.

Wilmer Valderrama really got our blood pumping as vampire and cartel boss Carlos on the El Rey Network's "From Dusk Till Dawn: The Series."

Adam Sandler was the voice of Count Dracula, the manager of the titular hotel, in the 2012 cartoon "Hotel Transylvania."

Ashley Greene's Alice Cullen was the vampire we all wanted to be sisters with in the "Twilight" franchise.

We may not have been fans of 2014's "Dracula Untold," but we are always fans of Luke Evans, who starred as the titular Vlad Tepes in the vampire origin story.

Stuart Townsend took over the role of Lestat de Lioncourt (now a vampire rock star) from Tom Cruise in 2002's "Queen of the Damned."

The doctor was definitely in when Peter Facinelli starred as Dr. Carlisle Cullen in the "Twilight" franchise. 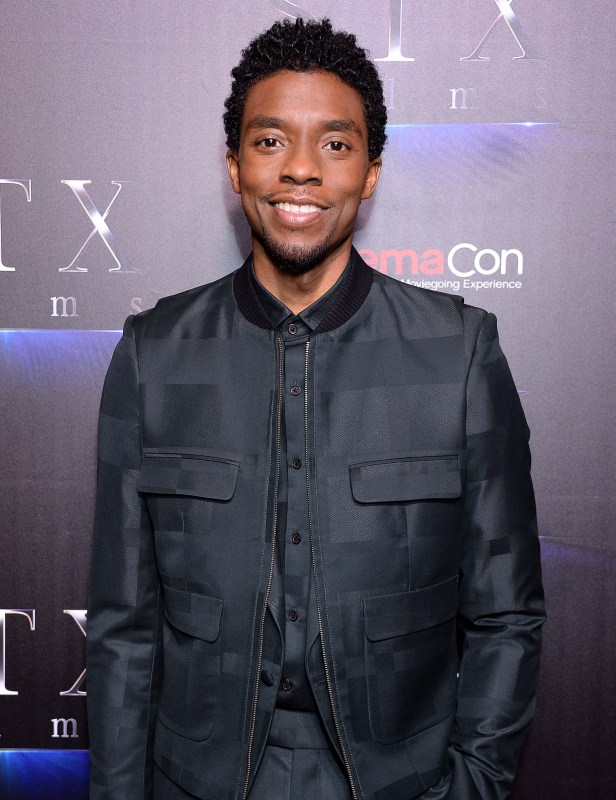