God's plan, indeed! Drake made history at the 2019 Billboard Music Awards on May 1, breaking Taylor Swift's record for most wins. The Canadian rapper took home 12 awards, including top artist, for a career BBMA total of 27 (Taylor has 23). Other major winners of the night include Cardi B, who won six awards, and Maroon 5, who grabbed four. Halsey, Sophie Turner, Priyanka Chopra and more stars also made headlines for some serious fashion hits and misses on the red carpet.

Peabo Bryson is in stable condition after suffering a mild heart attack at his home on April 28. The "Beauty and the Beast" singer is reportedly "awake and responsive" at an undisclosed hospital, according to a statement. "Both his medical team and family are optimistic for a speedy recovery," a representative told People. "At this time, privacy is requested; however, the thoughts and prayers of friends and fans are welcomed and appreciated."

Woodstock 50 festival in limbo after financial partner, music artists back out

Woodstock 50 may — or may not — be happening in August as planned. On April 29, Dentsu Aegis Network, the main financial backer for the commemorative music festival, withdrew its support over concerns about site readiness, capacity and funds needed to support the event. Two major talent agencies representing the festival's intended headliners confirmed that the artists have been released from their contracts. But Woodstock founder Michael Lang insists the show will go on. "Woodstock 50 will take place and will be a blast," he wrote in an email to fans on April 30.

Hours after hosting the 2019 Billboard Music Awards in Las Vegas on May 1, Kelly Clarkson flew to Los Angeles and underwent surgery to remove her appendix at Cedars-Sinai hospital there. "Not gonna lie…. I may or may not have broken down in tears after the show from pain BUT thanks 2 all the amazing people @ Cedars-Sinai I flew home directly after the event, nailed the surgery early this morning, & feeling awesome now! Bye bye appendix," she tweeted on May 2.

Rascal Flatts bassist Jay DeMarcus is opening up about his experience with adoption in his new memoir, "Shotgun Angels: My Story of Broken Roads and Unshakeable Hope." The musician revealed that a former girlfriend placed their daughter for adoption when he was his early 20s after he accidentally got her pregnant. "[Maggie and I] discussed many options, including getting married and raising the child ourselves, but we quickly determined we'd be making that decision for the wrong reason," he writes in the book. "Abortion was never an option, so we began to discuss adoption."

Taylor Swift says title of next album is hidden in her "ME!" video

Swifties, break out your detective skills! Taylor Swift revealed that the title of her upcoming album is hidden within the music video for her new single, "ME!" "As soon as I wrote the chorus, I pretty much knew that this was really special," the pop superstar said on the "Zach Sang Show" on April 29. "It's always really difficult to pick a first single for my albums, because I try to make an album that's so vast in its scope that it's hard to pick which is going to be representative. There isn't ever one song that could just sum up what the album is."

Soulja Boy will soon be spending time in the slammer. The Atlanta rapper was sentenced to eight months in jail on April 30 after violating probation (he was arrested in 2014 and 2016 for carrying firearms). Authorities reportedly discovered ammunition at his Agoura Hills, California, home in February.

British rocker Pete Doherty was hospitalized with an infected finger on April 29 after he was stabbed with a hedgehog spike a week earlier. "A picture [of] me in a hospital bed with an infected hedgehog spike wound thank you to the wonderful men and women who work within the NHS. What absolute angels and a million times they deserve our respect and thanks," the musician tweeted. 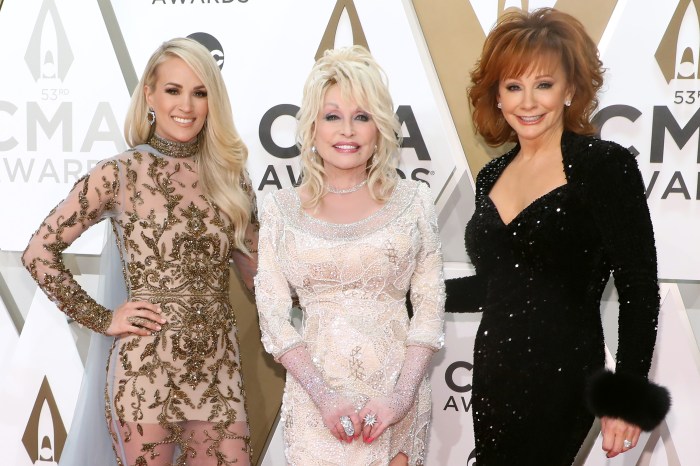 Up Next Country Legends