Not only do we love "Pretty Little Liars" for entertaining us every Tuesday night, but we're equally grateful for the show giving us four style icons — Lucy Hale, Shay Mitchell, Ashley Benson and Troian Bellisario. The ladies all have their own unique, individual senses of style — just like their onscreen counterparts. From Shay's chic on-trend ensembles to Ashley's low-key rocker vibe, the ladies certainly get an A in fashion! In honor of the series finale airing June 20, 2017, Wonderwall.com has rounded up some of their coolest real-life look. First up, Ashley! Ashley stepped out in New York City in March 2017 with a chic nod to a '90s kid favorite — the Power Rangers! The star looked impossibly cool by pairing her vintage T-shirt with a black furry coat, ripped jeans and boots, and then finishing the look off with a hot pink purse (an ode to Kimberly the Pink Ranger, perhaps?). Keep reading for more amazing "Liars" style!

Shay Mitchell attended the Tory Burch show during New York Fashion Week in February 2017 and certainly arrived in style! The star wore an orange floral maxidress underneath a multicolored fur and finished the look off with a brown Gucci belt for an eccentric yet super-stylish ensemble.

RELATED: What the 'Pretty Little Liars' stars were up to over the break

Lucy Hale headed out in West Hollywood in May 2017 looking ready for summer! The star rocked a blue-and-white striped off-the-shoulder top paired with ripped jeans and fresh white sneakers while showing off her new super-short bob.

Troian Bellisario looked better than ever at the 19th Annual Costume Designers Guild Awards in Los Angeles in February 2017 sporting this stunning pale slip dress by A La Robe. She accessorized with Forevermark diamonds and opted to keep her dark hair pinned back to keep all eyes on that gorgeous gown.

Decked out in the designer, Ashley Benson attended the Marc Jacobs Divine Decadence Fragrance Dinner in Los Angeles in July 2016 in this fun, vibrant getup Hanna would be proud of! The look featured a black-and-white zebra-print tank paired with a hot pink-and-black checkered miniskirt, and she finished the look off with neon pink heels.

Shay Mitchell looked lovely in velvet at the ELLE Women in Hollywood event in Los Angeles in October 2016. The star rocked this rich, plum-colored velvet gown by Attico, which tied at the waist and featured a thigh-high slit. She paired the glam gown with silver accessories — stilettos and an intricate choker.

Lucy Hale rocked an edgy one-shouldered dress to the InStyle and Warner Bros. Golden Globes afterparty in Los Angeles in January 2017. The Christian Siriano gown featured a printed, high-neck bodice with only one long sleeve, and gave the star a mature, glam red carpet moment.

We loved Troian Bellisario's Teen Choice Awards look in July 2016. The actress donned a strapless white crop top, complete with off-the-shoulder sleeves, with a black maxiskirt that featured fun fringe detailing. She accessorized with the hottest necklace of the moment, a black choker, and rocked winged eyeliner, a pale pink lip and a messy updo to complete the look.

Ashley Benson is another "PLL" star whose real-life style is a stark contrast to her character's look. Edgy Ashley rocked this menswear-inspired ensemble at a New York City screening of "Pretty Little Liars" in March 2014. Putting a Paule Ka top, Alexander Wang pants and a Max Mara jacket together, Ashley continued to mix designers by adding a Saint Laurent bow tie, Jennifer Meyer jewelry and Jimmy Choo pumps. Hanna Marin may not have been brave enough to attempt this outfit, but Ashley manages to pull it off!

Shay Mitchell rocked this trendy black and white combo while out in New York City in April 2016, rocking an open white blouse with a matching bralette underneath with a pair of black pants and booties. She finished off her glam look by accessorizing with a thin black choker and circular mirrored sunglasses.

Lucy Hale went all lace at the 2016 Billboard Music Awards in Las Vegas in May 2016. The actress rocked a sweet black and purple lace Zuhair Murad ensemble at the big event, which she paired with thinly strapped Giuseppe Zanotti shoes. Her slicked back updo and dramatic eye makeup made for a more mature and super chic look.

While attending the 2016 People's Choice Awards in January 2016, Troian Bellisario arrived in a stunning and sleek blue and white Caterina Gatta dress. Looking glamorous and all grown up, Troian paired the belted gown with sleeked back hair for the big event.

The summer version of the Canadian tuxedo! Ashley Benson paired denim cutoffs with a denim crop top while out and about in Los Angeles in July 2016. She added oversized sunglasses and sneakers for a super casual, quintessentially California cool look.

Shay Mitchell's red carpet style for her big screen debut was just as to be expected — flawless! The star wore a stunning metallic beaded design by Temperley London for the world premiere of "Mother's Day" in Los Angeles in April 2016.

Off-duty style! Lucy Hale looked fresh and fashionable after getting a manicure in Los Angeles in August 2016, rocking a huge summer trend — a denim miniskirt. Lucy paired the piece with a plain white tank top and black flats, and then topped off the look with a cool black hat.

Ashley Benson went for a menswear-inspired look at the American Music Awards in Los Angeles in November 2015. The star sported this emerald Max Azria Atelier suit for an unexpected style moment, and finished it off with a pair of simple black pumps.

This look deserves an A! Rocking a short black Versace dress with a square neckline, gold safety pin detailing and a middle cutout, Shay Mitchell showed that her real-life style couldn't be farther from her character's tomboy aesthetic at a 2014 Super Bowl bash in New York City. Emily Fields might have blushed at this skimpy LBD, but Shay paired it with black stilettos and owned the look.

Lucy Hale picked this adorable two piece while attending the 2014 PaleyFest in Los Angeles. The petite brunette actress rocked the pale blue and black patchwork crop top and skirt by Tibi, pairing it with black heels and even making sure her toes matched.

A vision in white! Troian Bellisario went with a long, gorgeous white dress that she paired with gold accessories while attending the White House Correspondents' Dinner in April 2015. We could totally see our favorite overachieving genius Spencer Hastings attending such a prestigious event.

Lucy Hale rocked a super cute ensemble out and about in Los Angeles in May 2015. The actress donned a black tank, leather shorts and a white cardigan while out to dinner, finishing the stylish look with a floppy brown hat and nude heels.

Who knew Spencer Hastings was a Beyonce fan? While out at a Beyonce concert in Los Angeles in December 2013, Troian Bellisario stepped out in an outfit far from Spencer's conservative comfort zone. Wearing dark jeans, a graphic tee, a fur vest, fedora and black ankle boots, Troian kept it cool and casual.

Gorgeous in gold! Lucy Hale donned a gold minidress by Ronald Abdala for the 2011 People's Choice Awards, accessorizing the frock with a jeweled necklace and metallic strappy heels.

If only things on "Pretty Little Liars" were this transparent! Ashley Benson continued the sheer trend Shay started by rocking this lace top, black bottoms and blazer, all by H&M at the H&M Flagship Fifth Avenue Store Launch event in New York City in July 2014.

Cute and casual! Lucy Hale stepped out for coffee in Los Angeles in February 2015, in a striped crop top, jeans and black boots.

Ashley Benson stepped out in Beverly Hills, Calif., in February 2014, for a lunch date and stayed true to her rocker style. Ashley donned a Nirvana shirt underneath a leather jacket, with denim short shorts and a flannel shirt tied around her waist. Finishing the look with black flats, Ashley kept her hair in a casual bun tucked behind a headband.

Co-star Coachella! Ashley Benson and Troian Bellisario stepped out in Indio, Calif., for the 2013 Coachella Music Festival. Troian wore a white tank, denim shorts and tied a flannel shirt around her waist, while Ashley went with an all-black ensemble: black tank, ripped jeans and a black backwards baseball cap. Both girls ended their looks with Converse sneakers.

Another Coachella, another co-star! Ashley Benson returned to the music festival in 2014 with another liar, Shay Mitchell. The two besties rocked denim short shorts and crop tops, with Shay going for a Blue Life white peasant style top and Ashley going with black lace. Both girls finished their festival looks with ankle boots.

Lucy loves those crop tops! Rocking a patterned Tanya Taylor two piece, Lucy Hale attended the 100th Episode of "PLL" with the entire cast in Los Angeles on May 31, 2014.

It's not a stretch to think Hanna would be a Belieber! Ashley Benson showed up to Justin Bieber's Comedy Central roast in Los Angeles in March 2014 in a long black Jeffrey Dodd gown, adding a sparkly silver clutch to finish off the look.

At the 2013 Teen Choice Awards, Troian Bellisario looked cute and classy in a white Elisabetta Franchi dress. The actress ended the look with a pair of white heels, and kept her hair up in a sophisticated ponytail. 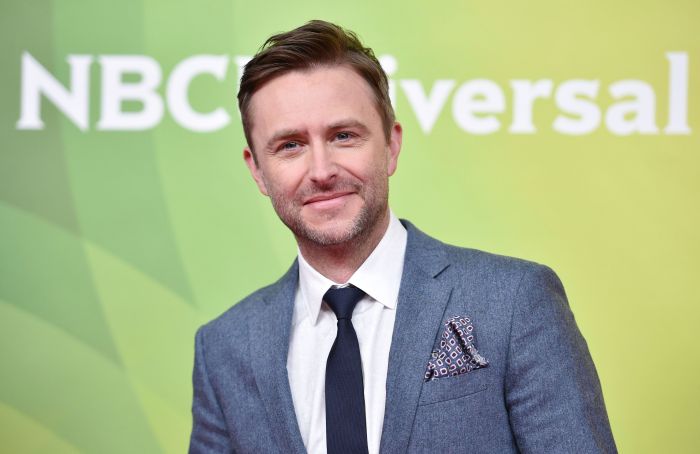