What better way to enjoy a family and food-filled weekend than with a healthy selection of content to consume? In preparation for Thanksgiving 2019, Wonderwall.com has put together a list of must-see shows, films and specials for all… starting with none other than the 93rd Annual Macy's Thanksgiving Day Parade, the iconic televised event that officially kick-starts the holidays! This year, the Macy's Thanksgiving Day Parade will feature yet another incredible lineup of fun floats, talented marching bands and notable guest stars like Billy Porter, Kelly Rowland, Idina Menzel, Lea Michele and many more. The parade, which begins at 9 a.m. EST on NBC on Nov. 28, is a cherished tradition and total holiday treat that takes place on the streets of New York City every year. We can't wait! Keep reading for more…

"The National Dog Show" is a renowned dog competition hosted by the Kennel Club of Philadelphia and it airs on NBC right after the Macy's Thanksgiving Day Parade at noon EST on Nov. 28. Longtime co-hosts David Frei and John O'Hurley will offer up their analysis and commentary throughout the showcase. The show will air the group level and best in show rounds.

RELATED: Iconic couples of the decade

"The Knight Before Christmas"

Starring Vanessa Hudgens, otherwise known as the queen of holiday flicks ("Princess Switch," anyone?), "The Knight Before Christmas" is a medieval-meets-modern love story that depicts a 14th century knight who magically ends up in Ohio, where he falls for a cynical high school science teacher. The Netflix Original film hit the streaming service on Nov. 21.

In honor of her 50 years as a Grand Ole Opry member, country royalty Dolly Parton performed a series of her greatest hits in two sold-out shows at the iconic Nashville music venue. The shows were filmed for a special that will also feature exclusive interviews and live performances from a variety of other country artists including Lady Antebellum, Toby Keith, Emmylou Harris, Dierks Bentley and many more. The two-hour television special airs on Nov. 26 on NBC at 9 p.m. EST.

"A Beautiful Day in the Neighborhood"

After a cynical journalist accepts an assignment that requires him to profile children's program host Mr. Rogers, he finds his life enriched in ways he never thought possible. Starring Tom Hanks, "A Beautiful Day in the Neighborhood" is a heartwarming biographical drama inspired by the true-story friendship between beloved television personality Fred Rogers and award-winning journalist Tom Junod. The film, which was directed by Marielle Heller, hits theaters on Nov. 22. If there's one piece of advice we can give? Stock up on some tissues, because this one's a tearjerker!

Netflix's "The Crown" is a historical drama series that chronicles the dramatic life and reign of Queen Elizabeth II. The series — which starred Claire Foy as Queen Elizabeth II on its first two seasons, which spanned the 1940s to the early 1960s — delves deep into personal and political aspects of the monarch's life, exploring the crucial moments that helped define the latter half of the 20th century for Britain's royal family. The third season — which covers 1964 to 1977 and now stars Olivia Colman as the queen, Helena Bonham Carter as Princess Margaret and Tobias Menzies as Prince Philip — premiered on Nov. 17.

"Dolly Parton's Heartstrings" is an eight-episode anthology series influenced by the country music queen's iconic discography. Each chapter is inspired by one of eight of her most beloved tunes, including "Jolene" and "If I Had Wings." The Netflix Original series, which celebrates love, relationships, and cherished memories and stars Dolly in one episode, debuted on the streaming service on Nov. 22.

Starring Scarlett Johansson and Adam Driver, "Marriage Story" is a dramedy that follows a couple undergoing a perilous and enervating divorce. The movie has been praised for its heartfelt and eloquently crafted exposition of a disintegrating relationship. This incisive Noah Baumbach-directed film is already playing in select theaters and premieres on Netflix on Dec. 6.

"Dark Waters" is a legal thriller that stars Mark Ruffalo as a determined attorney who finds himself in a compromising position after he uncovers a troubling secret that links a series of unexplained deaths to a large and powerful corporation. Desperate to facilitate a change with this newfound information, he struggles with whether he should go public with what he knows or remain mum in order to keep he and his wife (played by Anne Hathaway) safe. The film opened in theaters on Nov. 22.

"Frozen II" follows Anna, Elsa, Kristoff, Olaf and Sven as they embark on a quest to uncover the origin of Elsa's powers in order to save Arendelle and the rest of their kingdom. A follow-up to the acclaimed first installment, "Frozen II" promises yet another dazzling, winter-themed adventure filled with more delightful tunes! The Disney/Pixar film hit theaters on Nov. 22.

Kat Dennings stars on "Dollface" as Jules Wiley, a millennial woman who's unexpectedly dumped by her longtime boyfriend. Coping with her recent singlehood, Jules must work to rekindle neglected female friendships and reestablish her womanhood, literally and metaphorically. The series, which co-stars Shay Mitchell and Brenda Song, also integrates elements of magical realism. All 10 episodes, which came out on Nov. 15, are available to stream on Hulu.

This Netflix bake-off competition series goes festive for the second time with "Nailed It! Holiday!" On each episode of the holiday special, three novice bakers must recreate delicious confectionary treats, with the winning baker walking away with a grand prize of $10,000. The recipe for this special calls for hilarity, havoc and a whole lot of panic! Season 2 premiered on Nov. 22.

Set in the 1950s, the film "The Irishman" — which comes out on Netflix on Nov. 27 — tells the story of Frank Sheeran, a truck driver-turned-hitman who becomes involved with known mobster Russell Bufalino and his crime family in Pennsylvania as well as Teamster Jimmy Hoffa. The film, which was directed and produced by Martin Scorsese, stars Hollywood royalty like Robert De Niro, Al Pacino and Joe Pesci.

This classic animated Christmas television special — which originally aired on Dec. 7, 1969 — is about a snowman named Frosty who comes to life. The holiday special is an absolute classic and will make for a nostalgic, family-friendly watch over the long weekend. "Frosty the Snowman" airs on Nov. 29 on CBS at 8 p.m. EST.

"Knives Out" tells the story of Harlan Thrombey, a crime novelist who, after inviting his dysfunctional relatives to his lavish mansion in celebration of his 85th birthday, is mysteriously found dead. As a result, a veteran detective (played by Daniel Craig) is called to the scene to investigate the crime. Written and directed by Rian Johnson, the murder-mystery film — which hits theaters on Nov. 27 — also stars Chris Evans, Ana de Armas, Jamie Lee Curtis, Toni Collette and many more.

To celebrate the holidays, NBC is airing "A Saturday Night Live Thanksgiving," a two-hour special comprised of Thanksgiving-themed sketches from all 44 seasons of the Emmy-winning late-night sketch-comedy show. Tune in at 9 p.m. EST on Nov. 27 to see bits with appearances from noteworthy stars like Adam Sandler, Anne Hathaway, Bill Murray and Adele, to name just a few.

"The Man in the High Castle"

Set during World War II, "The Man in the High Castle" is an Amazon Prime Original series that explores a parallel universe where the Axis powers won the war. The fourth and final season, which was released on Nov. 15, provides long-awaited answers to questions surrounding Juliana's involvement in the pinnacle mystery of the series while also exploring a possible reckoning from other alternate universes.

When a snowstorm hits a small Illinois town, a group of high school students find themselves deepening friendships and kindling romances on Christmas Eve. Based on the YA novel of the same name, this holiday rom-com stars an ensemble of young Hollywood stars, including Kiernan Shipka, Jacob Batalon and Odeya Rush, to name a few. "Let It Snow" was released on Netflix on Nov. 8.

Chronicling the events of a 10-day visit to Philadelphia over the holidays, "Merry Happy Whatever" tells the story of a Los Angeles -based musician who tries — though desperately struggles — to win over his girlfriend's family and gain the approval of the most frightening figure of all: her hard-to-impress father, played by Dennis Quaid. Disney alums Ashley Tisdale and Bridgit Mendler also star on the dark-comedy series, which premieres on Netflix on Nov. 28.

Based on the Dr. Seuss classic of the same name, "Green Eggs and Ham" is a series that tells the story of Guy and Sam — an unlikely duo who journey on a road trip in hopes of saving an endangered animal. The close confines and quality time lead to a deepening friendship and newfound understanding of one another. Season 1, which premiered on Nov. 8, is available on Netflix.

"Into the Dark: Pilgrim"

"Into the Dark: Pilgrim" is an installment of the horror-themed anthology series that depicts a family bonding effort gone terribly wrong. A woman, Anna, invites Pilgrim reenactors to her home to what's meant to be a fun recreation of the first Thanksgiving, but the experience turns bloody when the actors don't break character. The episode was released on Hulu on Nov. 1.

"Ellen's Game of Games" is a game show hosted by none other than (you guessed it!) dancing television host Ellen DeGeneres. Contestants compete against each other by playing a series of games that have also been played on "The Ellen DeGeneres Show." The last player standing has the chance to win a prize of $100,000 in a game of "Hot Hands." Catch the newest episode on NBC on Nov. 27 at 8 p.m. EST.

"Mortel" is a Netflix Original series that tells the story of two teenagers who strike a deal with a supernatural entity and are bestowed with superpowers, which they use to help solve a murder and avenge the death of a loved one. The French-language sci-fi series starring Manon Bresch, Corentin Fila and Carl Malapa premiered on Nov. 22.

A television special that absolutely screams Christmas? This 1964 classic narrated by Burl Ives tells the story of a special reindeer who, by way of his uniquely red nose, helps Santa deliver gifts on Christmas Eve. Set your DVR for just after Thanksgiving weekend: "Rudolph The Red-Nosed Reindeer" airs on Dec. 2 on CBS.

Ah, yes — the beautiful Rockefeller Christmas tree — a true New York City staple. The 87th annual "Christmas in Rockefeller Center" special will showcase the lighting of the iconic 77-foot-tall Norway Spruce in NYC's Rockefeller Plaza. This televised event will also feature live performances from siblings Derek Hough and Julianne Hough, Skylar Astin and Alex Newell, Idina Menzel, John Legend, NE-YO, Brett Eldredge, Lea Michele, Gwen Stefani, Straight No Chaser and Chicago. This celebration airs just after the Thanksgiving holiday, so be sure to program your DVR so you don't miss it: The telecast begins at 8 p.m. EST on Dec. 4 on NBC.

"A Christmas Prince: The Royal Baby"

With a baby on the way, Queen Amber (played by Rose McIver) must protect Aldovia and her family, as an ancient curse threatens the future of the monarch. The film is the highly anticipated sequel to the holiday-themed favorite "A Christmas Prince," which was released in 2017. "A Christmas Prince: The Royal Baby" premieres on Netflix on Dec. 5. 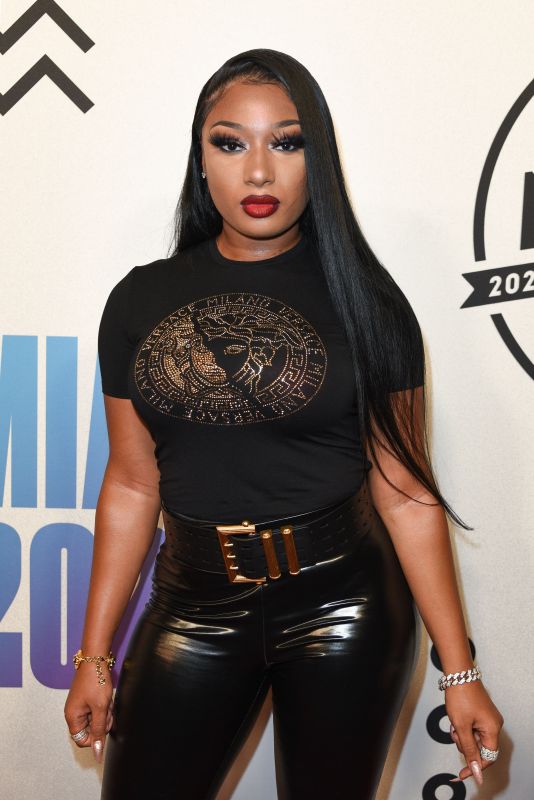 Up Next 'Still Traumatized'