Anna Faris and Chris Pratt know something about the anxiety Jimmy Kimmel and Molly McNearney have been dealing with since they learned their infant son would need multiple heart surgeries. As she told the show host and his wife this week on her "Unqualified" podcast, she and her ex also suffered some serious anguish worrying about their young son after he was born premature. "Jack had a few surgeries — he had a few hernia surgeries, he's had a few eye surgeries and he had a little heart issue as well," she said on the podcast (via E! News). "When Jack was born two months early, it came as a huge shock and suddenly, your world completely shifts." She went on to say she and Chris now support the organization GAPPS, which, according to E!, "seeks to improve birth outcomes worldwide by reducing the burden of premature birth and stillbirths." "The doctors and nurses that helped us and surrounded us were so unbelievably supportive that it inspired Chris and I and my parents to all get involved in this," Anna said. Referencing Jimmy's candid discussion about children's health care on his show, she continued: "What you guys have been talking about and how vocal you've been in terms of the health of your kid and how many people have reached out to me and how you guys have been so passionate about the idea of children's welfare and what we can do to ensure that all kids and mothers and parents have access to health care — It's been incredibly moving. I really appreciate how vocal you've been. It's meant a lot." As for Jimmy and Molly's son, Molly's said he's doing well. "Billy's great," she revealed. "He had his second surgery and he'll have one more when he's older. It was tough, but kids are so resilient—he had open-heart surgery on a Monday and we were home on Friday. It's crazy."

How Tiffany Haddish got that Beyonce selfie

The internet works in mysterious ways — some of which are clearly designed to bring mortals together with Beyonce. Just ask Tiffany Haddish, who had a Bey moment in December that went viral. The "Girls Trip" star spoke to Vulture this week to explain how that whole selfie situation with the Queen went down. "OK, so what had happened was, something had went down with somebody at the party, right? I'm not at liberty to say what had went down at the party, but Beyoncé was just telling me to have a good time, and I was like, 'No, I'm gonna end up fighting this bitch!' She was like, 'No, have fun, Tiffany,' and I said, 'I'm only going to have fun if you take a selfie with me,'" Tiffany recalls, giving us all a mental note about how to politely threaten bodily harm against a partygoer in order to procure a Beyonce selfie. "She said, 'OK,' and then she buried her face in my wig," Tiffany continued. "We took the picture and I was like, 'Is my wig slipping?' And she was like, 'Mmm-hmm.' But she knew who I was! She came up to me and was like, 'I think you are so funny, Tiffany Haddish.' I was like, 'What? You know me?!' She said, 'I'm Beyoncé.'" Tiffany's respone? "I KNOW!"

RELATED: Fashion hits and misses from the 2018 Grammy Awards

Given its Best Picture Golden Globe and the five Oscars its been nominated for, it's probably safe to say Greta Gerwig's "Lady Bird" is hitting home with some folks. For Jessica Chastain, however, the similarities between her life and that of Saoirse Ronan are pretty much paralell. "Basically #GretaGerwig made a film about my adolescence in Sacramento & ditching it for college in NY," Jessica tweeted after seeing the movie. "The first time I watched @LadyBirdMovie I was so struck by our parallel lives that I had to watch it immeadiately [sic] again." "Lady Bird," the first film Greta wrote and directed, is up for Best Picture, Best Actress, Best Supporting Actress, Best Directing and Best Original Screenplay at the Academy Awards on March 5.

Taylor Swift's successful court battle against a DJ she said grabbed her under her skirt during a photo op apparently isn't going to end the DJ's career. David Mueller has been hired by a station in Mississippi, where he started work this week on the show "Jackson and Jonbob," according to the Greenwood Commonwealth. "I never wanted to leave radio from the moment I was out on the street with no job and no income," he said in reference to the case, which only required him to pay one symbolic dollar to the singer. The DJ was found guilty of assaulting and battering Taylor when they were posing for a photo in 2013. According to the Washington Post, Delta Radio CEO David Fuss says his new DJ "is a very good on-air talent," adding that "it's extremely difficult to get people to come to the Mississippi Delta to work. I felt like he needed a break or a second chance." He also says he believes David's claim that he didn't grab Taylor.

Plan B is in full effect for Luann de Lesseps, who launched a nightclub act at Feinstein's /54 Below this week. Called "Countess and Friends," the show was already in the works when the "Real Housewives" star was arrested for disorderly conduct in Florida last month. On Wednesday, Jan. 31, she shared a photo from the performance venue, captioning it, "@benrimalower fabulous show #pattissues @greenroom42 with the best #musicaldirector @billystritch @sonjamorgan." Later, she posted another selfie, promising she was "taking time to smell the roses 🌹."

"So Excited about this!" That's how Candis Cayne captioned a post of a new THR story about her forthcoming, "groundbreaking" trans role in "Grey's Anatomy" this week. According to the Daily Mail, Candis teased the news that she'd be appearing on the hit series with a tweet the day before that read, "somewhere in Hollywood, in a trailer, doing a show I can't talk about, feeling thankful." Candis, a friend of Caitlyn Jenner's who's appeared on Caitlyn's show since her her TV debut in 2007 on "Dirty Sexy Money," is set to appear as Hayley Anthony, a real-life trans woman who helped invent a new procedure for vaginoplasty surgeries. "I knew that it was nearly impossible to be an actress," she said in Time's October issue. "The first part of my career was doing prostitute roles, drug addict roles, or drag queen roles. I would go to these auditions and say 'I'm trans,' tried to pitch myself even though nobody really wanted to talk about it. This wasn't just about me wanting to be an actress, this was about moving the fabric of society forward."

Azealia Banks says she just signed a million dollar deal. Days after she posted a teaser for some new music, the rapper shared a series of Instagram posts announcing she's teaming up with a new label. "I'm now officially signed to E1 Entertainment!! I HAVE A HOME AGAIN… I'm crying. The Industry left me out on the street like a stray dog and now I have shelter again," she wrote. 'I'm so happy and grateful and thankful for all of this," she added, thanking her fans. She went on to acknowledge how much the success means to her given her troubled childhood. "When I was a little girl all I wanted was to be loved,' she said – as a child who came from 'a very broken household," she wrote, adding, "I've been all around the world but I swear I've never felt more understood, cared for and welcome than I have with you all."

"A picture says a thousand words. And thank goodness because there aren't enough to express ALL the aspects of my love and respect for you." So said Jessica Biel in a sweet Instagram post to Justin Timberlake on 37th his birthday on Wednesday, Jan. 31. "Here's to a spectacular year ahead," she continued. "I'm so proud of all you've accomplished and all that is ahead for you. plus you're a super hot dad. A ninja dad. A kiddie teeth brushing, Jedi sleep mind tricking, intimidating dad voice disciplining SUPER HOT DAD. I love you, you hot dad.. I'm here, right by your side, OG fan girl #1. Happy birthday, my beloved. Now go crush it this weekend at SB LII."

As the New York Police Department reviews some of the sexual misconduct and assault allegations registered against Russell Simmons, the hip-hop icon has been cut from Oprah Winfrey's new book, "The Wisdom of Sundays." The New York Post reports Russell was going to be included in a section about "meditations on meditation," as part of a book about Oprah's conversations with guests from her "Super Soul Sunday" series, due out next month. The publisher tells the tab he will no longer appear in the book. Russell has denied the misconduct claims.

Woops. Instead of sending Justin Bieber a Grammy for his contribution to the "Despacito" remix, the Recording Academy apparently sent the statue to Carlos Escalona Cruz, who produced "Marc Anthony for Babies," which won the Latin Grammy award for Best Children's Album last year. "This is the funniest way to start #2018," Carlos wrote on Instagram this week after getting the wrong award (via TMZ). "I was expecting a #Grammy for @marcanthony for babies and I received @justinbieber Grammy for #despacito remix with @luisfonsi and @daddyyankee instead." You can't always get what you want, man. 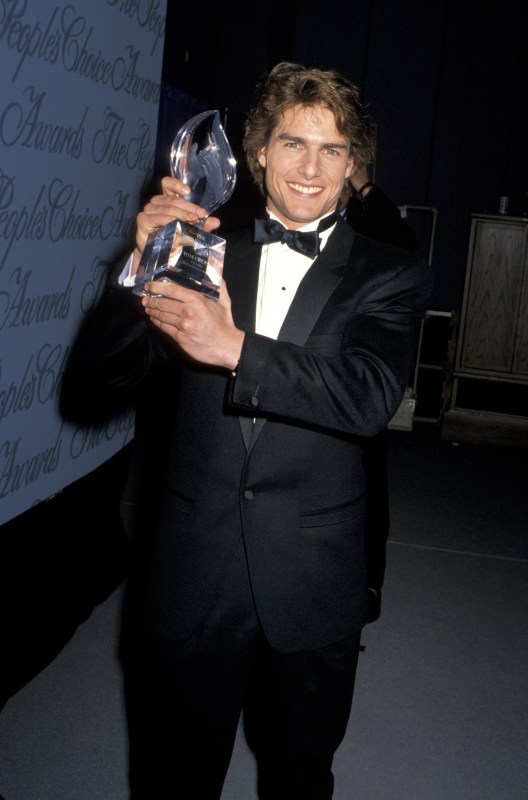