Sometimes it seems like our favorite celebs have more in common with the stars in the sky than with the rest of us average folks. Wonderwall.com rounded up all the recent proof that stars are nothing like us, starting with this surprising gift… What do you get the celebri-spawn who has everything? A plain old school bus, apparently! On Aug. 24, 2021, Kylie Jenner took to her Instagram Story to reveal the special surprise that partner Travis Scott got for their daughter: "All Stormi has been talking about is riding a big yellow bus. Daddy surprised her," the reality TV star and makeup mogul captioned a photo of her little girl checking out one such bus. (It's unclear if the rapper bought the bus for his 3-year-old daughter or simply rented it for her to see up close.) Twitter had a field day watching the uber-rich tot geek out over how the other half lives. One user put it best: "Stormi is so rich her dad Travis surprised her with a yellow school bus so she can act middle class for the day." Indeed.

Now keep reading for more proof stars are nothing like us…

On the Aug. 24, 2021, episode of "The Late Late Show," host James Corden dished on a time over the summer when he and pal Tom Cruise realized while chatting via text that they were both in the U.K. The two men started making plans to meet up in London for dinner when Tom asked James, who was staying in St. John's Wood in central London, "Can I land my [helicopter] in your yard?" At first, the funnyman assumed the "Mission: Impossible" star was joking and replied with four laugh-crying emojis. Responded Tom, "Does that mean no?" Replied James, "I'll measure it out, but my hunch is you can't land a helicopter in St. John's Wood." Fired back Tom, who has experience landing his chopper in other people's yards, "You'd be surprised where I can land." We're not sure which part of this story is more ridiculous: Tom's helicopter behavior or the fact that James has a yard big enough for a helicopter to potentially land in it.

During an interview with British Vogue that debuted online on Sept. 6, 2021, Zendaya revealed that she recently splurged on a yellow diamond ring from Bulgari. "This is my splurge, my treat-myself," she said of the sparkler, which Vogue estimates to be around 5 or 6 carats. "It feels like it's gonna be an heirloom, like one day I can give it to my grandchildren," she added, noting that she got "a little employee discount" when she purchased the bling because she's served as a brand ambassador for Bulgari since early 2020. It's unclear if the ring is the same bauble the "Spider-Man" actress donned during the 2021 Oscars or during the 2021 Venice Film Festival. (According to Page Six, the Oscar sparkler features a 21-carat yellow diamond.) Zendaya also donned a Bulgari necklace featuring a 93-carat emerald during the 2021 Venice Film Festival. That piece is from Bulgari's Magnifica high jewelry collection, which features the brand's largest and most valuable gems ever.

Jada Pinkett Smith built a roller rink at her home in the Los Angeles area for her 50th birthday party on Sept. 17, 2021. According to Page Six, the actress and husband Will Smith provided skates, socks and skating instructors to assist guests including Toni Braxton, Jordyn Woods, Lauren London, MC Lyte, Charlie Mack and NBA star Karl-Anthony Towns. "There was no product placement. It was in Smith family style. They paid for everything," a source told the New York Post's gossip column of the over-the-top bash, during which the birthday girl insisted upon a no-gifts policy.

According to Forbes, Beyonce and JAY-Z spent a hefty portion of September 2021 vacationing in the Mediterranean aboard the 450-foot-long, 67-foot-wide superyacht the Flying Fox … which is longer than a football field and reportedly costs more than $3.5 million per week to charter. The impressive vessel features 11 cabins, a two-floor spa, a theater, a professional dive center, a legion of water toys including Jet Skis and two helipads. (You know, to accommodate both your primary helicopter and your backup chopper.) It also comes with 55 crew members. The power couple have reportedly hosted guests including Kelly Rowland and her family during their extremely expensive European getaway. Must be nice!

According to Page Six, Kim Kardashian's hairstylist, Chris Appleton, revealed on his Instagram Story that the floor-skimming ponytail she rocked during the 2021 Met Gala on Sept. 13 set her back $10K. He reportedly used 75-inch-long hair extensions to create the look.

E! News reported on Sept. 22 that Joe Jonas and Sophie Turner recently dropped $11 million on a 10,000-square-foot, six-bedroom waterfront mansion in Miami. The impressive property features eight and a half bathrooms, a chef's kitchen, a wine cellar, an atrium, gardens, a pool and a koi pond. They also own homes in Los Angeles and New York City.

According to Page Six, Cardi B donned around $2.5 million in diamonds for her performance during Hot 97 Summer Jam at MetLife Stadium in East Rutherford, New Jersey, on. Aug. 22, 2021. In addition to her 8-carat diamond engagement ring from husband Offset, which is worth around $500K, she rocked a 20-carat heart-shaped sparkler from the Migos rapper that's worth $1M and a new chain featuring an oversized charm shaped like the Playboy bunny logo crafted by celebrity jeweler Elliot Elliante from more than 160 carats of VS1 diamonds and more than 750 grams of 14-karat gold. (It's worth $400K.) The mother of two also rocked several blinged-out pieces from Jewelry Unlimited: five honeycomb diamond Cuban chokers custom-made to fit her neck (lower-end versions of the piece start at around $40K) and 14 bracelets including a Cuban link piece worth nearly $20K, a mariner link bracelet worth nearly $17K, a white gold Gucci link piece worth nearly $17K and several more Cuban link and tennis bracelets that are worth more than $10K apiece. But that's not all! Cardi completed her look with a bedazzled manicure, a diamond-encrusted Audemars Piguet watch that's reportedly worth $250K and hoop earrings featuring daughter Kulture's name spelled out in diamonds.

RELATED: The most expensive celeb jewelry

On Sept. 19, 2021, Kim Kardashian's friend and former assistant, Stephanie Shepherd, took to her Instagram Story to show off the gift she received from the reality star for her 32nd birthday: an Hermès Kelly bag. The accessory can cost anywhere from $10K to $40K. So now tell us: What's the nicest gift your ex-boss ever gave to you?!

On Sept. 10, 2021, Lizzo took to Instagram to show off her birthday gift to her mom: a brand-new wardrobe (designer dresses, blouses, coats, accessories and more selected by stylist and designer Jason Rembert) lining a closet the size of a large bedroom. "Look at all these clothes. You like these clothes? These are your clothes. I got you a wardrobe," said the Grammy winner as her mother, Shari Johnson-Jefferson, became increasingly emotional. "I won't have to look like a bum anymore," Shari quipped. Fired back the chart-topper, "No, ma'am, not on my watch!" In the caption, Lizzo explained that ever since her father died in 2009, her mother has been telling her "it's been hard to dress nice" for herself. "I know I can't bring your best friend back… but I still wanna give you the world. Happy birthday, Mommy, I love you. Time to be FLYY, girl! Thank you," she wrote. What a lucky lady!

On Sept. 15, 2021, restauranteur Keith McNally, who owns Balthazar Restaurant in New York City, took to Instagram to reveal the "outrageously generous" tip Sharon Stone left after dining at the hotspot the previous evening: "She left the server a $600 tip on a $250 check!" he gushed. That very same evening, the iconic actress attended the New York City premiere of "The Eyes of Tammy Faye" (pictured).

Like Sharon Stone, Ben Stiller also made a lucky server's night when he tipped generously following a night out in New York City: A source told Wonderwall.com that the actor left a $150 tip on a $160 bill for dinner at L'Avenue at Saks on Sept. 8, 2021.

In more jaw-dropping jewelry news… Billie Eilish made history during the 2021 Met Gala on Sept. 13 when she donned 30 different pieces of Cartier jewelry — the most worn by a single person at a time ever! Meanwhile, we're over here dreaming about wearing just one…

In still more impressive bling news… Billy Porter donned a Lorraine Schwartz bib necklace worth $1 million during the 2021 Emmys on Sept. 19. According to Page Six, the piece features 49.93 carats of white diamonds and 34.78 carats of emeralds set in 18-karat white gold.

During an Aug. 28, 2021, interview with TMZ, Lil Uzi Vert revealed that he nearly lost his $24 million pink forehead diamond when he stage-dived during the Rolling Loud music festival in Miami in July. "I jumped in the crowd and they kinda ripped it out," he said, adding that he's fine physically and somehow managed to hold onto the nearly 11-carat gem. (Ironically, he previously said he had the pricey rock implanted in his forehead because he was worried he'd lose it.) 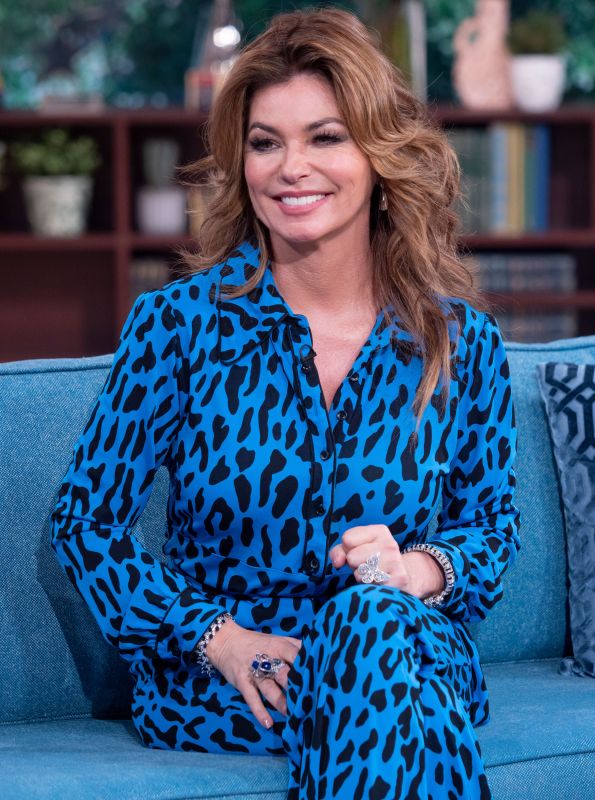