Cailtyn Jenner gets a puppy

There's no replacement for family love but when things get tough, the tough get … a new puppy! Following a long period of conflict and radio silence between Cailtyn Jenner, Kris Jenner and Caitlyn's step-daughters, Caitlyn appears to have found a way to bring love into her home in the form of a furry white pet. "A new member of my family- Bertha, two months old," she captioned a photo of herself with her adorable new pup on Monday, June 5. Caitlyn's rift with the Kardashians began in earnest when they were given advance copies of her new memoir, "The Secrets of My Life." The family reportedly felt "caught off guard" by revelations in the book, while Kris and Kim Kardashian West have said they felt Caitlyn distorted facts related to the family's relationships with one another, according to Us Weekly.

RELATED: Celebrities and their pets in 2017

Kendall Jenner shows off some new bling on her left hand

Are things getting more serious between Kendall Jenner and her rumored boyfriend A$AP Rocky? After meeting the rapper at Kanye West's apartment in New York on Monday, June 5, Kendall flashed what appeared to be a diamond ring with the word "kiss" on it on her left ring finger. Although Kendall's never confirmed the two are an item, they've stepped out multiple times at one another's side, looking "super cozy and close" at a Coachella party in April and hanging out together in Paris as long ago as June 2016. The two reportedly met at Kendall's brother-in-law's pad to shoot a video clip with Atlanta-based rapper Playboi Carti.

How Gwyneth Paltrow broke her foot

All those Tracey Anderson workouts must not include a lot of grace-training for Gwyneth Paltrow. Either that or, as Jimmy Kimmel suggested, maybe she's drinking too much. The issue of Gwyneth's apparent klutziness came up when she stopped by "Jimmy Kimmel Live!" on Monday, June 5, to talk about her new GOOP Wellness products. But as E! News points out, she popped up from behind the couch rather than walking onstage — a move she later attributed to a broken foot. And no, it wasn't because she was boozing. "I was rushing around my house and I was trying to pack my son for a fifth grade retreat, and I collided with the sofa," she said, adding that she's broken her toes eight or ten times. "I don't know what is wrong with me!" she admitted. Jimmy and Gwyneth also chatted about summer plans for Apple and Moses Martin, the kids Gwyneth shares with her ex, Chris Martin. When Jimmy asked if they were camp-bound, Gwyneth shot back a definitive "No, I like them!" She went on to explain her own experience with summer camp left her unwilling to send her children. "My parents would send me for eight weeks to camp, so if you want to know why I have so many issues …" she began. "I actually loved camp. I went to a great camp in Vermont on Lake Champlain. It was an all-girls camp called Brown Ledge. It was riding and theater and water skiing and it was fantastic. I loved it." When Jimmy noted camp is where lots of kids discover what they think are the joys (ahem) of cigarettes, Gwyneth admitted, "My first summer, I was 13. and I think I came back like a pack of Camel Lights a day."

Selena Gomez explains why she told fans about her time off

Between "13 Reasons Why" and her new single, "Bad Liar," Selena Gomez is back in a big way after taking three months off. "I haven't really been all over the place lately and that's kind of intentional," she admitted on the "Elvis Duran Z100 Morning Show" in New York on Monday, June 5 (via JustJared). "I think it's important to balance out where I am and I've been doing this for a really long time and my sanity has meant everything to me, and a lot of that is my faith. I took 90 days off, I went away, I was very vocal about it because to me, where I get my confidence is my vulnerability. I can't sit there and pretend that everything is good because I've done that for years, and it doesn't really work for me."

When Bill Cosby arrived for the first day of his sexual assault trail in Norristown, Pa., on Monday, June 5, Keshia Knight Pulliam, who played his daughter Rudy on "the Cosby Show," was by his side. "I came to support [Bill] because this is where you hear the facts. This is where the truth happens," she said on her way out of court, according to E! News. "Ultimately, it's easy to support someone and to be in their corner when things are great. When things are good. But … true family, friendship, integrity is how people show up and support when things aren't looking so great, when they aren't shining." She continued: "Right now, it's the jury's decision, and it's the jury's job to decide guilt and innocence. It's not mine or anyone else's. As an advocate for women and with my nonprofit the Kamp Kizzy Foundation, which is all about empowerment, self esteem for girls, I don't take these charges lightly. I don't condone sexual assault in any way shape or form." Keshia went on to say she intended to stand by her former colleague, who is going up against Andrea Constand over her allegations he drugged and sexually assaulted her in 2005. "My truth was to be here and to be supportive, and it's not always easy to do what you feel is truthful and what you feel is right when there's so much controversy," Keshia said. "But ultimately, that's just how I've lived my life — in terms of being very genuine and authentic to who I am. And I can't stop doing that now. I just pray for all parties involved because this isn't a great situation. No matter what side of the coin you're on." More than 50 other women have come forward claiming they were sexually assaulted by the '80s comedy star. Last month, he suggested the accusations may be based in racism. He has denied all of them.

Can't a girl celebrate her birthday with her ex in Jamaica — with a romantic, candlelit dinner, flowers and a heart drawn in the sand — without folks jumping to conclusions about the state of their relationship? Um, no, actually. That's why when Farrah Abraham and her former beau Simon Saran posted hints they were in Jamaica together last weekend enjoying the aforementioned dinner scene, fans assumed they were not only back together but possibly engaged. "We're not together," the "Teen Mom" alum told Us Weekly over the weekend. "I think people just got confused by me celebrating my birthday also in Jamaica which, oh well, I had a romantic dinner! B—— were jealous!" She added, "We can be cordial and friends – it's because I keep it like that and that my daughter really wants that around." As for the heart in the sand and all the Instagram posts? Us reports Farrah is promoting a forthcoming show called "Love Socially" in which she'll try to find romance, so we'll chalk up any jump in interest around her love life to her strong PR skills.

Emmy Rossum and Sam Esmail spend their honeymoon on safari

Fresh off their Memorial Day Weekend wedding in New York, Emmy Rossum and her "Mr. Robot"-creator husband Sam Esmail are enjoying a honeymoon in Africa, complete with mulitple safari adventures. The "Shameless" star's Instagram began filling up with photos of zebras, leopards, gorillas and other wildlife on Friday, June 2. A longtime advocate for animal welfare and adoption, Emmy shared a post on Facebook this week detailing her latest adventure. "Trekked into the mountains in Rwanda with the park rangers who dedicate their lives to the protection and conservation of the mountain gorillas," she wrote. "Truly once in a lifetime experience learning how to respect, understand and communicate with them, continuing the work of Dian Fossey."

Kanye West and Kim Kardashian West stepped out of the limelight and onto the beach last week when they hit the Bahamas for a family vacation. Along with friends including Don Crowley, his wife and their son, Kimye, North and Saint spent the weekend in a villa relaxing, napping and playing on what a source told E! News was one of the "most relaxing" vacations Kim's had in a long time. "Kim rented out an island and had all of Kanye's friends come and their families. They rented 4 planes and everyone left in secrecy and there was a no social media rule so no one would find them," said an insider. Another source said the "fun weekend" involved lots of chilling by the pool and watching the kids check out the beach and build sand castles. "It was very important for them that it was a private weekend and they went out of their way to make that happen," said a source. Back at home, Kanye's reportedly working to land a sports jersey contract with Calabasas High.

"I would walk forever, just to be in your arms again." That's how Iman paid tribute to her late husband, David Bowie, on Instagram this week, adding the caption, "June 6 #BowieForever." Tuesday, June 6, would have been the couple's 25th wedding anniversary. They wed in a villa in Florence, Italy, according to People. The "Blackstar" singer died of cancer on Jan. 10, 2016.

Billy Joel canceled a concert scheduled for Madison Square Garden in New York on Tuesday, June 6, due to health concerns. According to his website, the singer "has been battling a viral infection" and, "at the mandate of his doctor," plans to reschedule the show for Dec. 20." Neither he nor his team provided any further details about the infection. 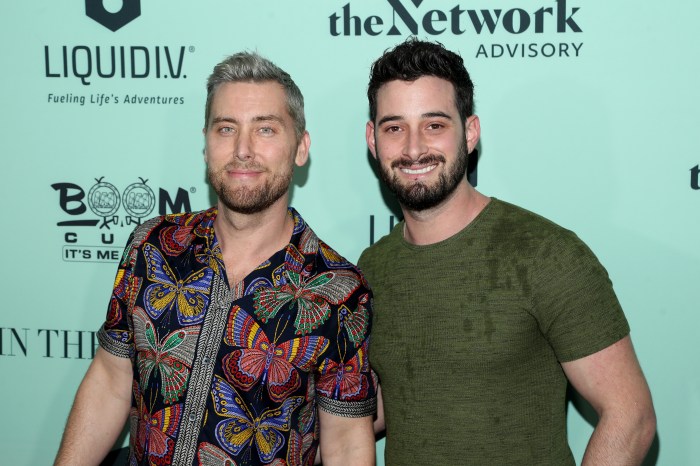