On the first day of Christmas, Offset's true love gave to him … half a million dollars for the win? Cardi B's husband turned 28on Saturday, Dec. 14, and Cardi, having no good gift ideas, did what any loving — and uber-wealthy — wife would do. She gave him $500,000 in cash. "Everyone's saying you got every car, you got every jewelry… what else can I give somebody that got everything?" Cardi says in a video she posted on Instagram over the weekend (via ET). She then points to the mostly empty refrigerator. Inside, Offset finds a whole lot of cash. "You don't have to give me this money," he says in the clip, though he's already holding the bread. "I know I don't have to give you this money, but I don't know what to give you and I gotta give you something," Cardi explains. "You could buy a car, you could buy more clothes, you could buy jewelry, you could buy me more Birkin bags. S—, you could do whatever the hell you want." As the clip comes to an end, Cardi tells her guy, "happy birthday," then adds, "but don't expect no Christmas gift from me, mother——," telling him to only get gifts "for the kids" — and reminding him that she loves him.

Keep reading for the latest on Jessica Biel and Justin Timberlake …

Justin Timberlake and Jessica Biel could have some much-needed alone time in their future. Justin, who's still in New Orleans shooting his new film "Palmer," has reportedly invited Jessica to visit him on set following the publication of photos that showed him holding hands with his costar, Alisha Wainwright, on a balcony at night. With Jessica allegedly planning to head to New Orleans, Alisha has left the city and is back in Los Angeles, according to Page Six. Justin apologized on social media for his behavior after the incident. Neither Jessica nor Alisha have addressed the matter in public, but sources have told multiple outlets Justin and Jessica are still "united" as a couple.

Amy Schumer is giving big props to the Kardashian-Jenner family as their show's seventeenth season comes to an end. The comic shared a photo from the finale on Sunday, Dec, 15, showing the reality stars dressed as one another from the hilarious impressions they did of each other. But she didn't seem to be joking in her heartfelt caption, which read: "I watched the season finale of @kuwtk and it was a true delight. I have made a million jokes over the years. But I love that family. They are good, kind girls and I appreciate how open they are. They are such great sports and have always been very kind to me and my family and are the first one to laugh at jokes about themselves. Especially @kimkardashian 😍😍😍 that's how I really feel." The post caught Kim Kardashian West and Kris Jenner's attention as both ladies responded in the comments. "You are so sweet and this post is so kind! ❤️✨💋 thank you!!!" Kim wrote, while Kris chimed in, "Thank you Amy!!! 😍😍Xoxo." Amy famously pranked Kim and Kanye West on the Time 100 red carpet back in 2015, collapsing at their feet as everyone around them laughed … except Kanye.

In a recent interview with the New York Post, Harvey Weinstein expressed fear that as his sexual assault trial date looms, he's being "forgotten" as a producer who "made more movies directed by women and about women than any filmmaker." Within a few hours of the story being posted, at least two dozen of the 80-plus women who have accused him of sexual assault, harassment and rape spoke out in response to his assertions on social media. Rose McGowan, who's been among the most vocal of his accusers, shared her thoughts on the interview on Twitter on Monday, Dec. 16., telling him: "I didn't forget you, Harvey. My body didn't forget you. I wish it could," She added, "I refused to sign an NDA after it happened because I knew I would come for you. And I did. This is about stopping a prolific rapist. You." Rose wasn't alone in her reaction. According to Variety, 23 of Harvey's accusers issued a collective statement reiterating their claims of abuse. "Harvey Weinstein is trying to gaslight society again," the statement began. "He says in a new interview he doesn't want to be forgotten. Well, he won't be. He will be remembered as a sexual predator and an unrepentant abuser who took everything and deserves nothing. He will be remembered by the collective will of countless women who stood up and said enough. We refuse to let this predator rewrite his legacy of abuse." The producer faces five sex crimes charges. He's maintained all sexual activity in question was consensual.

Jessica Simpson's older kids might be ready to follow in their mom's musical footsteps. On Sunday, Dec. 15, the singer-turned-designer shared a cute photo of her daughter, Maxwell Johnson, 7, her 6-year-old son, Ace Johnson, and her husband, Eric Johnson after the kids' holiday concert. "These beautiful kiddos did an amazing job performing on stage in front of a couple thousand people for their school holiday concert," Jessica wrote, praising her little ones. Max and Ace's little sister, Birdie Mae, apparently didn't make the show.

Erin Foster is almost ready to walk down the aisle! Over the weekend, Erin and a group of girlfriends headed to Aspen, Colorado, for a bachelorette party ahead of her New Year's Eve wedding to Simon Tikhman. Pics on Erin's Instagram Story showed the crew making a club stop at Bootsy Bellows' Aspen outpost, heading out for dinner together, wearing jokey temporary neck tats (with Simon's face on them) and, in one screenshot from a FaceTime conversation, guzzling the contents of a bottle of wine straight out of the bottle. "Wait till he's in too deep to show him who you are," Erin quipped in the caption. The bride has said she and her groom are more interested in being married than getting married, joking to People that the thing she's most excited about as far as the wedding is it "being over, probably."

Tori Spelling has no intention of pushing for a spot in the cast of the "Real Housewives" franchise. Despite rumors that the self-professed fan could replace the next "Housewife" who leaves the show, Tori assured reporters over the weekend that her previous comments about watching the show have been "misinterpreted" by the press as meaning she wants to join the cast. "I could never do that," she said, according to People. "I love to watch it and I'm friends with them, I'm just like nope, I just wanna watch it on TV. " She added that it's one of her "favorite shows," but she would "get eaten alive" if she had to participate in the drama and conflict. "I am too nice and a people pleaser to get in those fights they get into," she said.

It's been more than two decades since Adam Sandler performed "The Hannukkah Song" on "Saturday Night Live" in 1994, and the comic thinks it's about time another songwriter step up with some new material. Speaking to Ellen DeGeneres on her Monday, Dec. 16, show, he admitted that 25 years is "a long time for one song," according to E! News, then joked: "If there are any other Jewish people out there who want to write a new one, that'd be great. I'd love to share the Hanukkah spirit with you." When Ellen suggested her guest put a new, anniversary version of the song out, Adam mused, "I could … I'm just—I'm running out of Jews."

Duchess Kate is embracing her inner baker. At least, that's what she does when one of the three kids she shares with Prince William has a birthday. Kate recently filmed an appearance on chef Mary Berry's "A Berry Royal Christmas," where she and William discussed their charity work. According to Hello!, Kate also revealed what's become a family tradition when it comes to celebrating birthdays for George, 6, Charlotte, 4, and Louis, 19 months. "I love making the cake," Kate told Mary. "It's become a bit of a tradition that I stay up 'til midnight with ridiculous amounts of cake mix and icing and I make far too much. But I love it." The special airs Monday, Dec. 16. 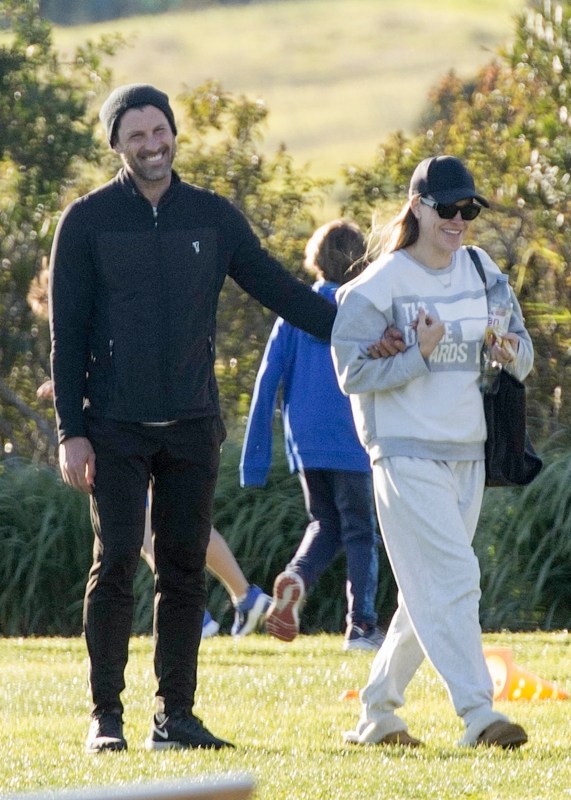