Babies, babies, babies! That topic seemed to dominate the past week in celebrity news. Let's start with George Clooney and wife Amal Clooney, who are preparing for diaper duty: After much speculation, it was revealed on Feb. 9, 2017, that the couple is expecting twins! Their pal Julie Chen revealed the news on "The Talk," close friend Matt Damon admitted he'd been privy to their secret for months, and multiple outlets quoted sources close to the couple confirming the wonderful news too. Amal is due in June and she's reportedly having a boy and a girl. People magazine reports that the British attorney "has let everyone in both families know quietly. They're all very happy."

Madonna is a mother again. After denying reports that was adopting, she formally announced on Feb. 8, 2017, that she had adopted twin girls from an orphanage in Malawi. The girls, Estere and Stelle, are 4 and had lived at the Home of Hope orphanage — where Madonna revealed she'd met her now-11-year-old son David Banda — since they were five days old. "I can officially confirm I have completed the process of adopting twin sisters from Malawi and am overjoyed that they are now part of our family," Madge wrote on Instagram. "I am deeply grateful to all those in Malawi who helped make this possible, and I ask the media please to respect our privacy during this transitional time. Thank you also to my friends, family and my very large team for all your support and Love!"

Rosie Huntington-Whiteley and fiance Jason Statham are having a baby! The model-turned-actress confirmed the news on Feb. 9, 2017, after being hit with pregnancy rumors a few days earlier. "Very happy to share that Jason and I are expecting!!" she captioned a bikini-clad photo of herself showing off her growing baby bump. It will be the first child for the British stars.

An unflattering story about Kate Upton made the rounds this week, one that painted her in a bad light. The two-time Sports Illustrated Swimsuit Issue cover model was reportedly adamant that she wanted to be a three-time cover model — all but requiring it from SI. "There was drama," a source told Page Six. "Kate demanded that if she did the shoot, that she absolutely must get the cover. She also had a list of photographers and hair and makeup people she would only work with." The insider also griped that Kate was "being a big… diva" and acted superior to others. "She thinks she's better than everyone because she's an actress," the source said. Yikes! The SI cover will be revealed on Feb. 13, 2017. The rumor is that SI originally planned to have three cover stars this year: tennis pro Serena Williams, supermodel Christie Brinkley and Kate, but Kate's alleged behavior has thrown that into flux.

Kourtney Kardashian might have finally decided that Scott Disick isn't the one for her in the long term. A report in Us Weekly on Feb. 8, 2017, claimed that Scott recently popped the question to Kourtney during a Costa Rica vacation — and that she said no! "Scott proposed to Kourtney," a source told Us, adding that E! cameras were rolling when it all went down. "Not with a ring. He just said, 'Let's get married.' … She told him no… Scott was embarrassed, upset and angry." The proposal rejection happened because, the source said, Kourt is "over" the father of her three kids. The rejection came a few days before Scott was seen in Miami cavorting with several models.

Robin Thicke's lawyers went to court on Feb. 8, 2017, to try to change his custody arrangement with ex-wife Paula Patton regarding their 6-year-old son, Julian. He asked for three different amendments and went 0 for 3. Currently, he sees his son for a few hours on Thursday, Friday and Saturday in the presence of a court-appointed monitor. He asked a judge to eliminated the need for the monitor. Denied. He asked for a different court monitor. Denied. He also asked the judge to prohibit the monitor from changing or canceling the scheduled visits. Denied. Just a few weeks ago, Robin wasn't able to go near his son at all after a judge granted a restraining order to Paula. This custody battle continues to get nastier. Stay tuned.

Baby on the way!

"Brooklyn Nine-Nine" star Chelsea Peretti revealed that she and her husband, comedy star Jordan Peele, are also going to be parents. Chelsea flexed her funny bone to announce the pregnancy. Alongside a photo of her baby bump, she wrote, "beyonce schmonce," a nod to the singer's recent pregnancy announcement. Also pregnant? Former "The Hills" star Whitney Port, who on Feb. 9 announced that she and husband Tim Rosenman are expecting their first child together later this year.

Former "The Real Housewives of Miami" star Larsa Pippen and estranged husband Scottie Pippen have reconciled. The couple, married for nearly 20 years, was on the outs last October when the NBA legend filed divorce documents amid reports of domestic incidents. But on Feb. 6, 2017, the two were spotted together again in Los Angeles. Multiple outlets reported that the stars are back to working on their marriage. 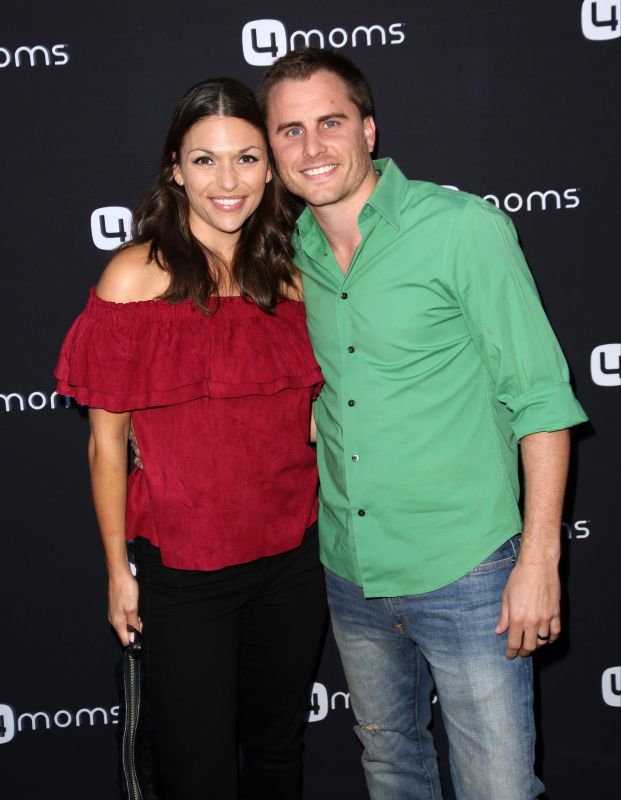